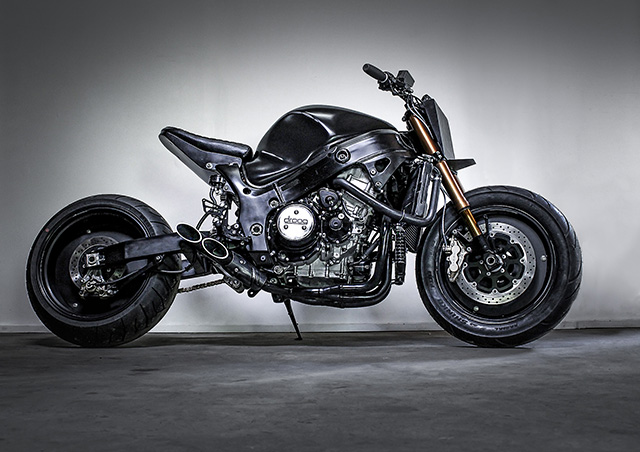 The sun no longer shines as darkness has come to span the day, rain rarely falls from the smoke covered sky and what food remains comes by force rather than finance. But away from the prying eyes of the overlords, in abandoned industrial areas lit by flame filled 44s, remain a few who still quench their thirst with gasoline. In this dystopian chaos, the two-wheeled terrors of Washington States Droog Moto rule the roads. The leader of the pack, a salvaged Suzuki Hayabusa slides between the rubble and outruns the regime’s rebels, it’s 1300 DRIFTER. 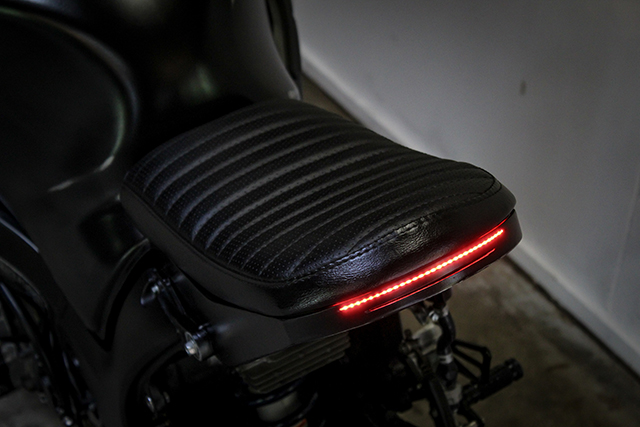 Husband and wife team Max and Erica run the operation as an online-only service with builds then shipped free of charge out to the clients on completion. What makes their business model a success is both their distinctive style and the customers willingness to take a step into the unrevealed. But with their back catalogue as a guide and their philosophy of “bikes that are built and equipped to take on a modern apocalypse and give the rider total control of the unknown” it’s fair to say you know what you’re getting in for. 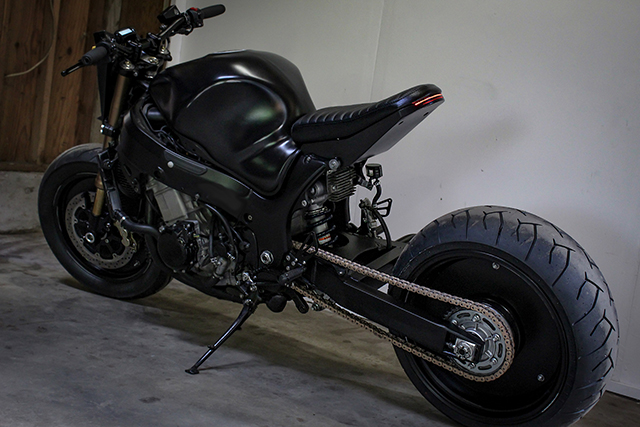 Intrigued by their “burly and menacing” machines and heavily impressed with the Droog Moto DM-014 Z1000, a client reached out and asked if Max & Erica would be willing to build him a Hayabusa in their unique flavour. Dubbed the fastest standard production bike of the 20th century, the 300km/h capable machine was a game changer when released. Sharing a cubic capacity identical to the companies four-wheel favourite the Swift Gti and gracing the cover of magazines around the globe as riders pushed the Suzuki to the triple ton. 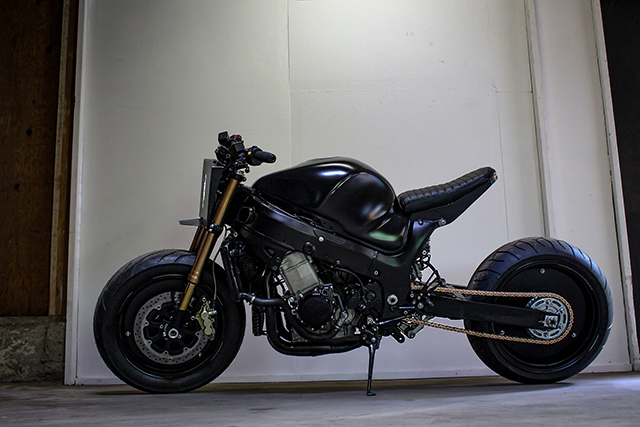 But to turn it into a proper Droog Moto meant stripping the big beast of a pile of parts, including its characteristic curved lines created by its fairings and a bunch of other unrequired pieces of plastic and metal. The stock subframe was removed and a new item fabricated that is significantly shorter and more compact. Inside the blacked out and sealed unit live the considerable wiring and electronics, now neatly tucked away and out of sight. 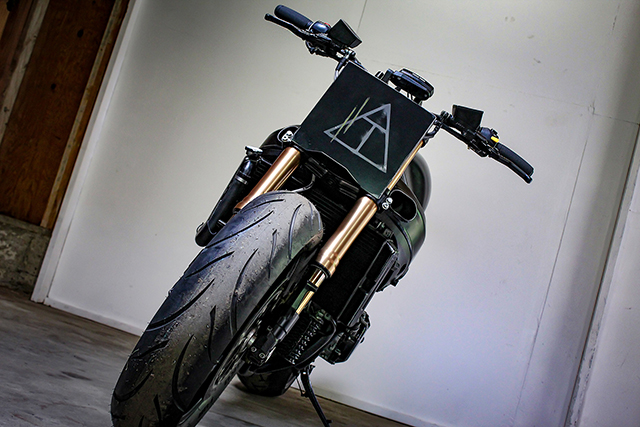 Above a new seat has been shaped to match the lines before being covered in perforated leather in a tuck and roll finish. “The gas tank was stripped down to its natural state then re-done in a satin black finish with a slight distressing to enhance the tanks contours,” Max tells us. The frame is covered in the same dark night black and the look begins to take shape. With a signature Droog Moto headlight/numberplate setup fitted and a dual cut LED shining through there is a sinister front on appearance. 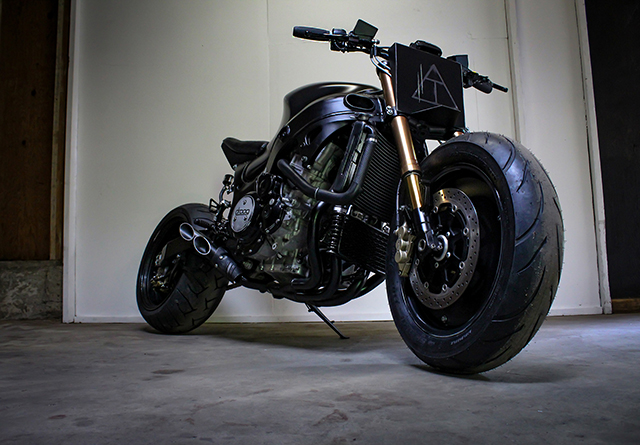 “A custom swingarm was built to accept the new modified 8.5” rear rim and 240 rear tire. The swing arm also has a mild 2” stretch to it. We needed to beef up the front to flow with the massive 240 rear and went with a customised front rim and a larger front tyre that was squeezed in-between the forks.” A new rear shock is slotted into place while the front forks have all new internals. With the new rims then fitted with custom handmade aluminium wheel inserts, in black of course. 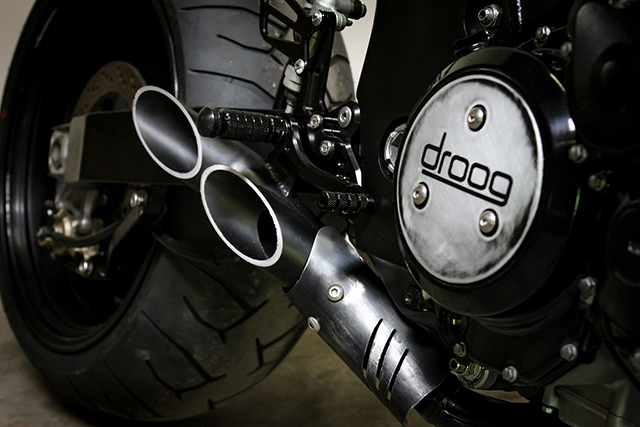 Powering the brooding beast is the legendary 1300cc four cylinder, twin cam, engine with tractor like torque. But to up the power to the 200hp mark, the performance work starts with re-shaped headers finished out in twin slash pipes. Helping the intake side the airbox has a high flow filter, with a set of larger injectors dropped into the rail to provide the extra fuel. Before the full package was zipped up and a new tune was mapped and flashed to the ECU. 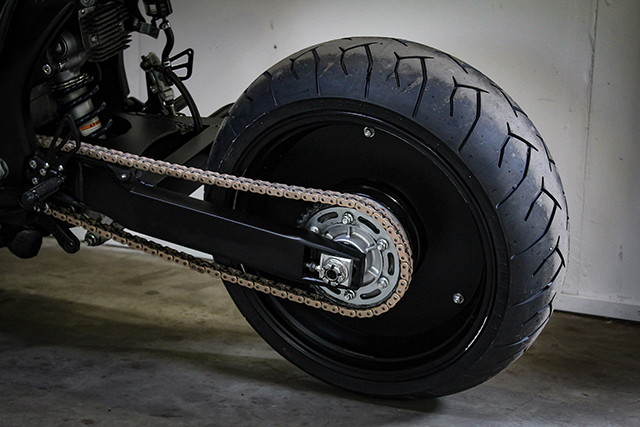 Now with all the hardware to destroy the streets a set of CNC rearsets allows the rider to get themselves slotted in. Then “we fitted our DM fat bar to the bike which was partnered with chunky grips and a mini digital speedo to give the rider all the proper info along with an aggressive, fighter riding posture.” Finishing out the build is a sleek dual split LED tail/brake light setup and you’ll need a hell of a fast bike to be staring at anything else! The new owner couldn’t be happier and Droog Moto are already working on their next build to take on darker days. 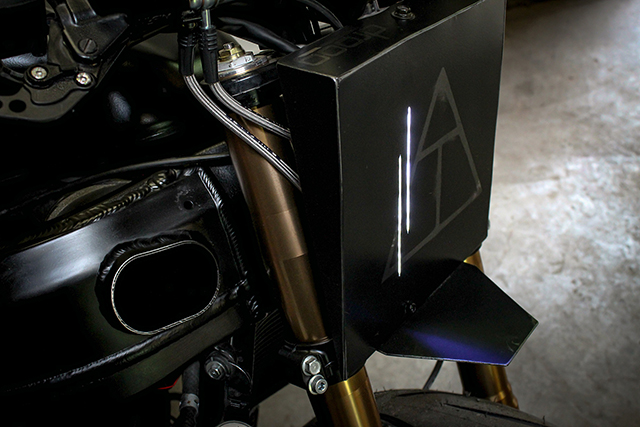 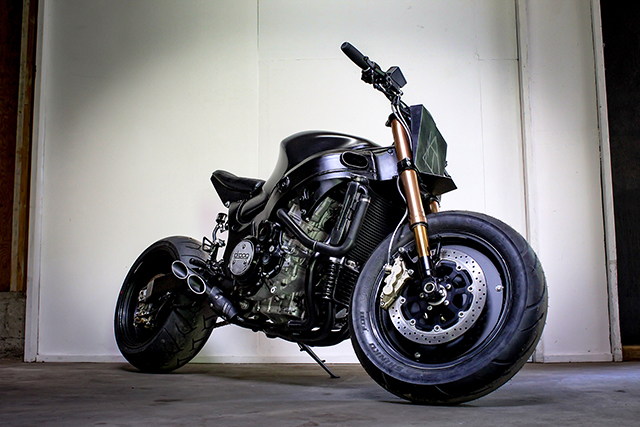 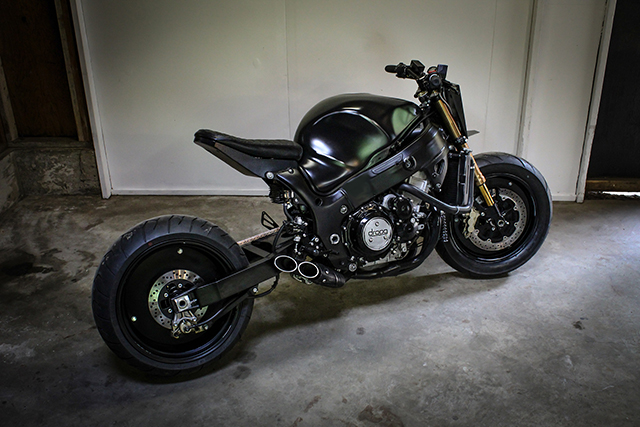 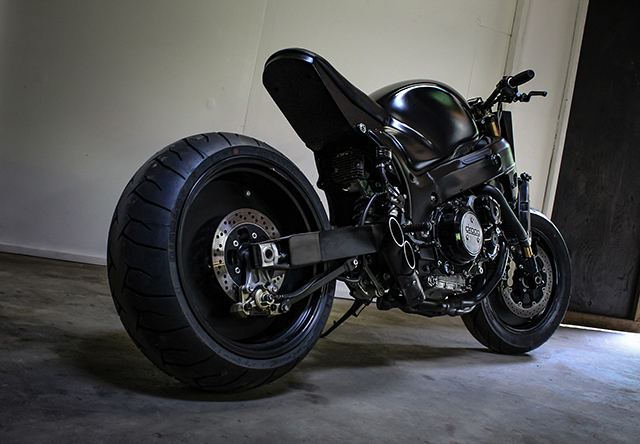 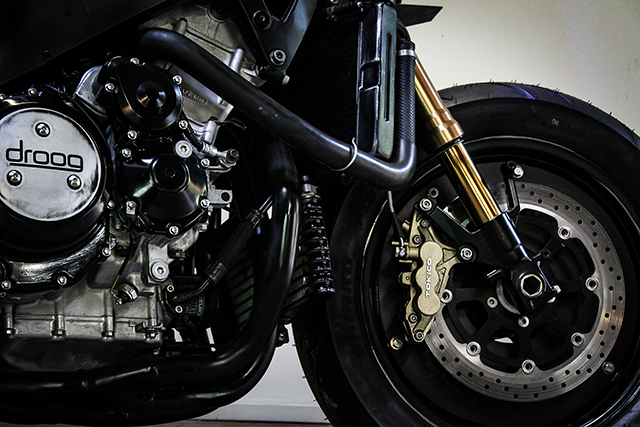 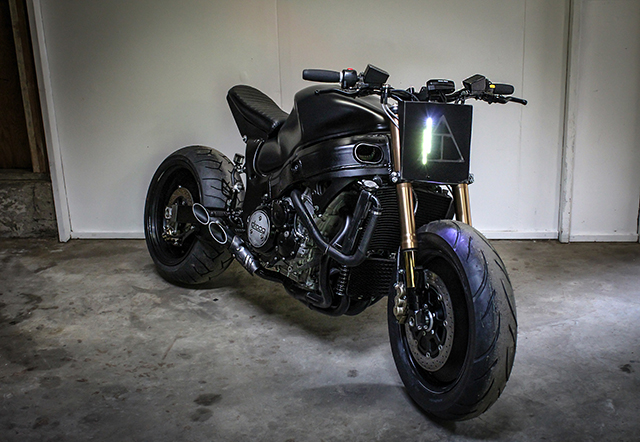