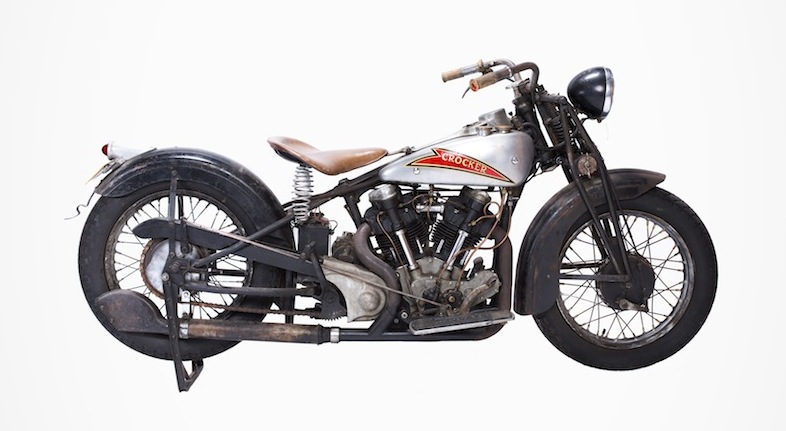 It’s not every day that you find out the the largest private collection of original Crocker motorcycles – in the world – are being stored in a warehouse/cafe just down the road from where you live. These beautiful ‘Icons of 1930s Los Angeles’ have found a new home in a small Waterloo cul-de-sac nestled in one of Sydney’s latest gentrified areas. The owner of these exquisite motorcycles, Chilli (as he’s affectionately known), has set out to “preserve a rare piece of automotive history by offering the same bespoke experience as back in Crocker’s prime at 1346 Venice Boulevard, Los Angeles” – hence the name.

The guys at 1346Venice gave us a bit of a history lesson about these special bikes. ‘Known as the “Duesenberg of motorcycles”, the Crocker is the definitive American motorcycle – hand-built, powerful and fast. Very much a Hollywood “hot rod”, the Crocker was created in and shaped by the culture of pre-WWII California, by former Indian motorcycle engineers and designers, Al Crocker & Paul Bigsby.’ ‘Before World War II forced the original firm’s closure, it’s rumoured that only 125 Crockers were ever built, including the early speedway bike. Today, approximately 66 V Twins are accounted for, making Crocker motorcycles extremely rare. After fading into relative obscurity for half a century, two major auction events transpired, vaulting Crocker into the sights of collectors worldwide. The attention provided by these two events – highlighting the marque’s unique history, success and rarity – suddenly made Crocker one of the most desirable and expensive motorcycles in the world.’

We look forward to seeing Chilli and Les continue rebuilding these rare machines. And after watching this video, something tells me they wouldn’t want to be doing anything else. As Les says “I get to work on my bucket list everyday” – unfortunately, not many people can say that.