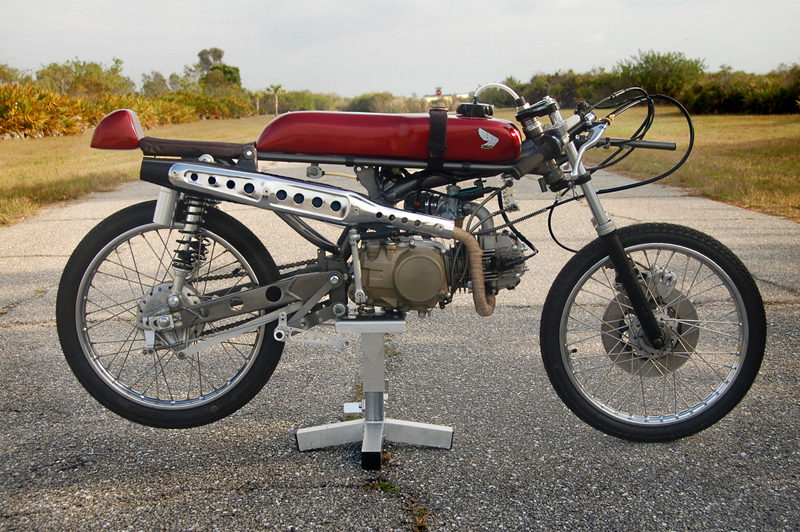 They say good things happen in threes. Or is that bad things? Either way, this is the third low displacement bike we have featured in a row — and who could blame us. Just like the ‘Minimus’, this little beauty is another unique creation that’s in the running for Bike of the Month on Do The Ton. The bike was built by Brad Smith who is a art school grad turned contractor who has “found a new outlet” for his creativity. “I just get ideas of what I think would be a cool bike and I find a way to build it” Brad says. “So that said, I saw a video on Youtube of a Kreidler van venn 50cc GP bike and thought it was one of the coolest little motorcycles I have ever seen. Then I saw some pics of RC116, so I just wanted to build something in the spirit of those bikes.” When I look at the two bikes Brad used for inspiration, I think he nailed it.

Who would have thought a pit bike could be re-incarnated into a stunning retro GP racer — it must have been very good in a previous life. To see the whole build thread check out Do The Ton or Brad’s Flickr page for more pictures of this impressive little bike.