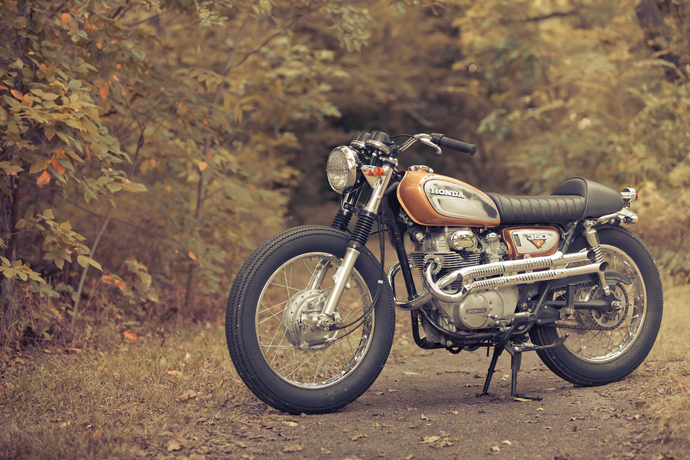 A year ago we featured another Honda CL350 built by Jonathon Wood (AKA Woody), which was one of our favourite builds of 2009. Instead of creating another cafe racer, this time Woody created what he calls a ‘Brat Tracker’. “It’s basically a bratstyle and street-tracker inspired motorcycle” says Woody. This latest project was based on a “super clean” 1972 CL350 that he picked up a little while ago.

Some of the mods include lowering the forks, installing new Redwing shocks, removing front fender, chromed pipes, creating a custom seat and a fresh new ‘old paint’ job. Just like his previous bike, the paint and faux distressing was done by Josh Christy at VanChase Studio. Also worth a mention is the flawless seat upholstery which was made by Scott Downey at Downey’s Auto Upholstery. Last but definitely not least, the killer vintage photography was shot by Justin Noch, which takes you back to the seventies faster than a bad acid trip.