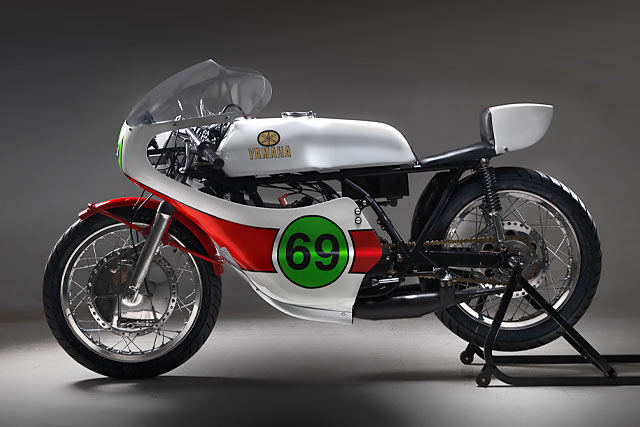 Trust us. When it comes to finding amazing bikes in weird places, we at the House of Burnt Pipes have pretty much heard it all before. Just discovered a unit Triumph in a nearby barn or shed? Pffft! Unless it’s a three-wheeled Brough Superior or a priceless Harley down a toilet, we’ll barely bat an eyelid. So imagine our busy little palpebra superiors when a man called Petros came to us with this, a 70s Yamaha TZ250 production racer that was found in a paralysed man’s cargo container in southern Cyprus… 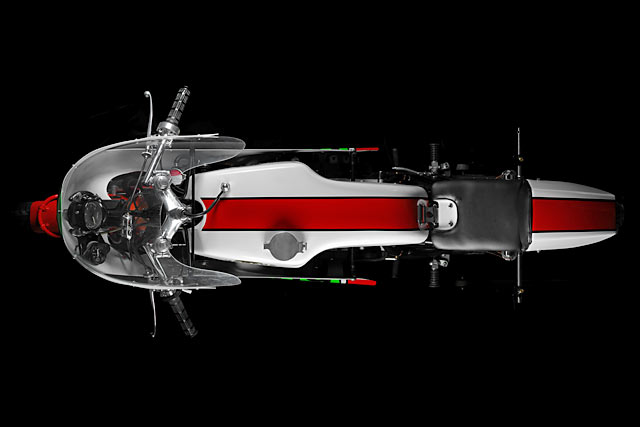 “Well, my name is Petros Louca and I’ve just turned 30. I am from Limassol in southern Cyprus. I studied Business Management in the UK; it is the one thing that I sometimes regret because I was always interested in automotive engineering. Anyway, the business skills can come in handy. When I was a teenager, I used to work in a motorcycle shop every summer and that’s where I found my love for motorcycles.” 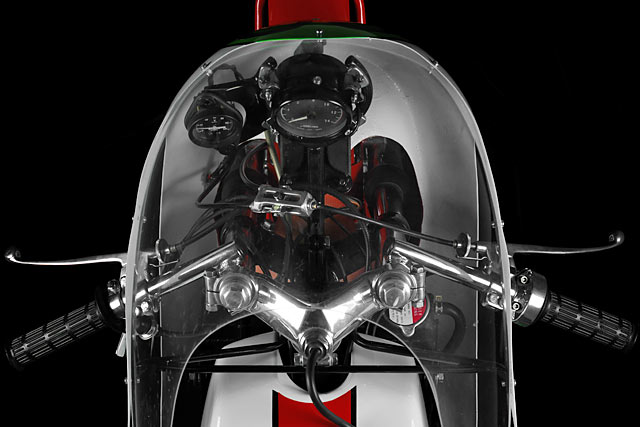 Petros’ shop is called Underground Custom Cycles and unsurprisingly, it is located in the basement of his house. “It’s not just words. It’s a real underground workshop and this became the inspiration for the whole business. I’ve been running the garage for the last 5 years as a part-time job; I work mostly with 80s and older bikes doing restorations and customisation. I want to expand the shop – maybe find a bigger place to rent and then sell bike accessories with classic rock on all day and some good coffee, too. Maybe it will become my main job. Anyway, that’s the plan for the future and I’m not in a hurry.”

Petros says that the bike was probably imported from Japan to Cyprus in the early 80s. The previous owner was one of the best bike mechanics in Cyprus. Sadly he was paralysed after an accident. “All his tools and motorbikes were stored in a cargo container until last year, when he and his wife decided to open it up and sell the now unwanted moto goodies to the local bike nuts.” 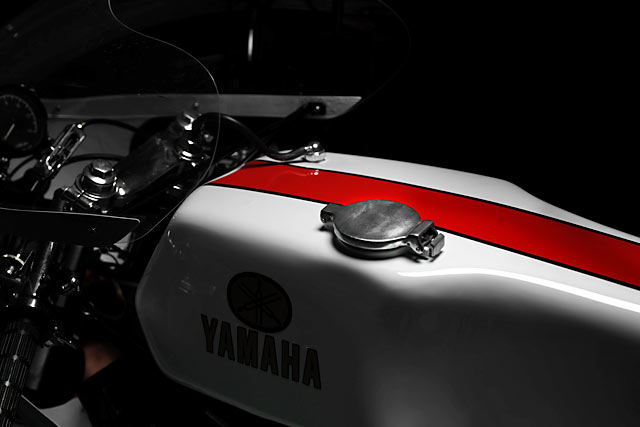 [superquote]“I don’t care what it costs or how long it takes, I want this bike to look like she just came out of the Yamaha factory.”[/superquote]

Entirely unaware of the sale, Petros received a call from a friend that evening instructing him to drop by. “I want to show you something,” said the friend, dryly. “So I went to his shop and this is what I saw. I was speechless for almost a minute. In Cyprus, it is incredibly rare to see a bike that used to race in Grand Prix and the Isle of Man in the flesh.” The friend’s next words remain crystal clear to Petros. “I don’t care what it costs or how long it takes, I want this bike to look like she just came out of the Yamaha factory.” 7 months later and after countless hours of painstaking hard work, this is the result. 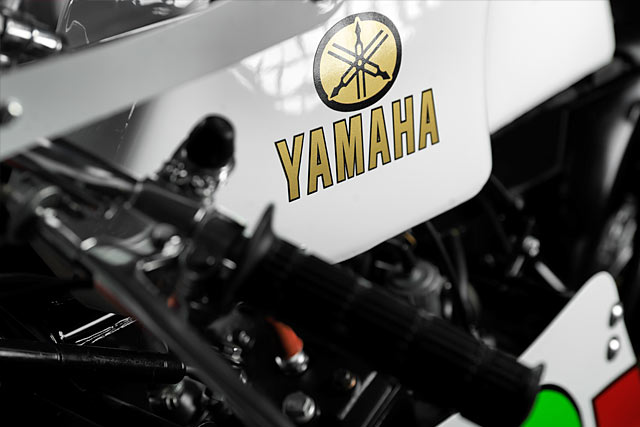 There’s no two ways about it, the bike was in very bad shape at the start. The fairing and its brackets were missing, it was wearing an exhaust from an RD350, there was no tacho and the salty mediterranean air had grown a liberal coating of surface rust on pretty much everything. “Then I started searching for the missing parts, along with a bunch of replacements. Almost everything on the bikes engine is new; parts from Australia, the UK, the USA, the Netherlands and Japan were used. “It took me 2 months to locate a good tachometer. It was on eBay and I stayed awake all night to make sure that I won the auction.”

With the parts safely secured, Petros rolled up his sleeves and got to work. “I started with a complete disassembly. The frame went for powder coat and everything else went for polishing.” While he was waiting for shiny time, he commenced a ground-up engine rebuild, including new pistons, rings, a water pump, crank bearings, and replacements for every damn gasket the Yamaha engineers could conceive of. And then he turned his attention to the carbs, which got a similarly methodical revamp. The paint – all laid down by hand without the use of stickers – was done by Aris, a respected local expert. 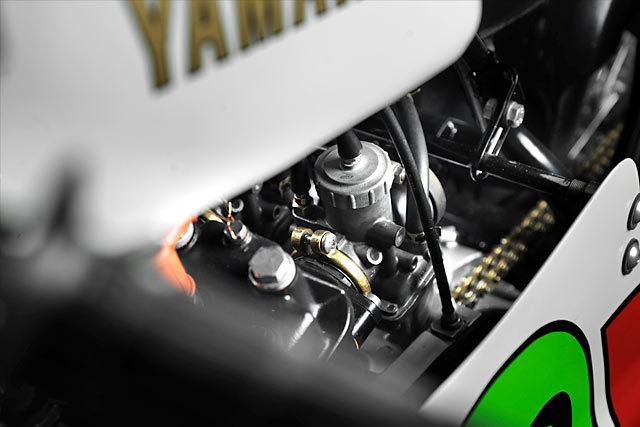 “The hardest aspect of the build was locating the parts; all the searching, auctions, emails and the like was exhausting – and that’s before the build had even started. Also, fitting the painted fairing back on the bike without scratching anything was pretty stressful. But that’s all forgotten when you’re sitting on a two-stroke race bike that’s hitting its 14,000 rpm redline. Absolutely nothing can compete with that!” Well, maybe one thing can. “Next on the program is to take the bike to the race track. And guess who’s going to be the rider?”