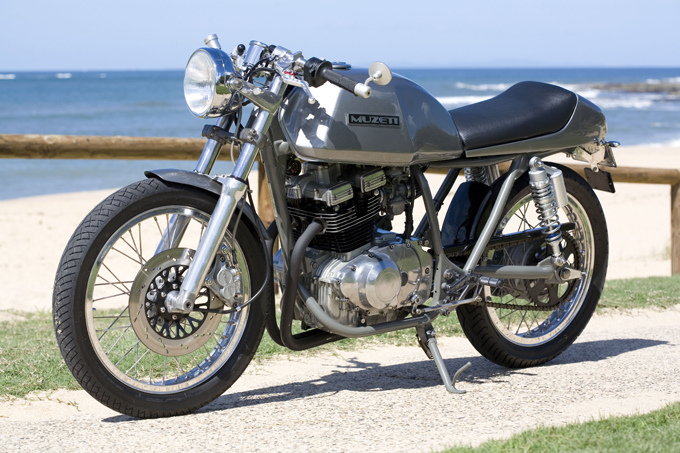 Never heard of a Muzeti motorcycle? Don’t worry, neither had we. You see, Murray Wilson is the proud owner and builder of the only Muzeti in the world. Murray (or Muz to his friends) completely rebuilt a 1983 GSX 250 Suzuki and decided to attach a badge with Muzeti on it – which is an extension of his nickname. “And lots of people have said to me, ‘Oh, I think I’ve heard of them’,” Murray says. “I didn’t want to go out and buy a brand-new bike, so I found one on eBay – a bargain at $300,” he said. Murray stripped the whole bike down and repainted the frame. “I didn’t rebuild the engine, but went right through it. The petrol tank’s off a different bike altogether because I wanted a long, skinny tank to suit the style. Where the seat is, I made it all up out of fibreglass, and then had to rewire the whole thing, and I had new wheels made up.” Many of Murray’s friends now want him to build them a Muzeti as well, so with any luck we could be seeing more of these beautiful bikes on the road.