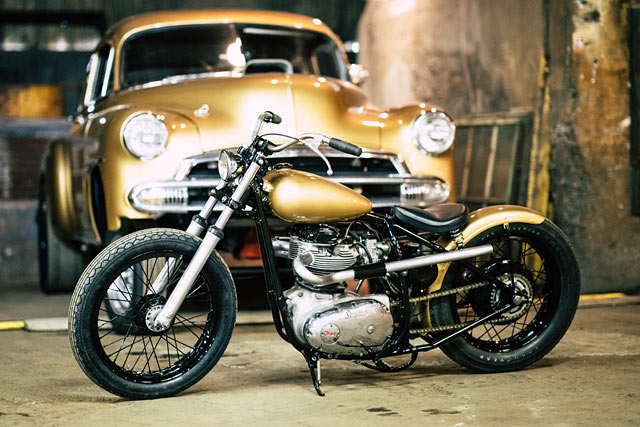 It’s crazy to think that nine years ago we featured a few bikes from a random little show in Portland called the ‘One Moto Show’. Then it its second year, it had 75 bikes and around 1500 bike enthusiasts come through the doors to check out this ‘new wave’ of custom bikes. The show was started by a Portland local called Thor Drake. Ten years later and Thor is still cranking out this show – just at a much larger scale. 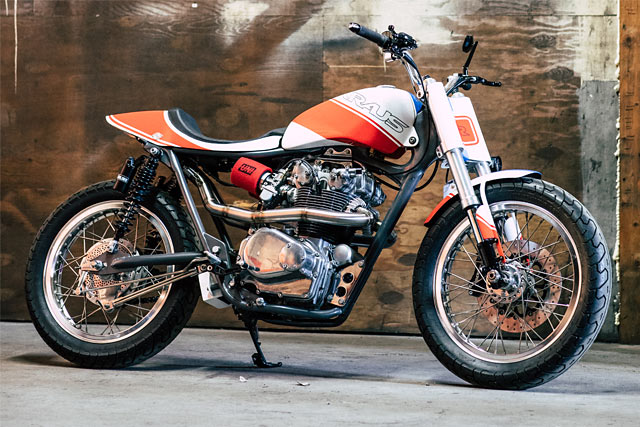 It now features over 200 bikes and thousands of people walk through the gates. Thor not only has one of the best moustaches in America, but also has created one of the best motorcycle shows in the USA – if not the world. Seriously. But just like a good moustache, it hasn’t happened overnight. The One Show has been continuously growing, leading to this year’s big one – their 10 year anniversary.

And we were lucky enough to get the opportunity to head over to Portland for The One Moto 10 year Anniversary Show. I’ve got to be honest, it’s been a long time coming and the build-up has been huge. As soon as we walked through the gates, there was no mistaking what country we were in and who the main sponsor was. Stars and stripes flags were proudly displayed everywhere, as were huge containers of Indian Motorcycles stacked on top of each other.

Then as you walk through the main entry to the 100-year-old foundry warehouse, there was the impressive Indian stand with a couple of Indian Scout FTR1200’s in all their glory. It’s the first time I’ve seen one in the flesh and I’m impressed with how good it looks – even better than the photos. There’s also a few Indian Scout Bobbers, a couple of stunning restored classic Indians and of course some beautiful custom bikes including the Madhouse Motors bike we featured a little while back. 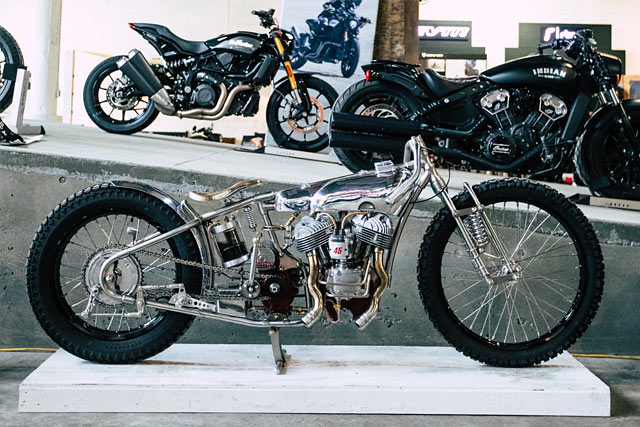 The space is vast, and the first walk through was a bit overwhelming. There’s hundreds of bikes spread over thousands of square feet of warehouse space. But what was apparent, was the way it was curated. There had been a lot of thought put into each room, not just with the bikes but also the artwork adorning the walls. The bikes were mainly grouped into categories, which made it easier to digest. There’s a room with restored vintage dirt bikes, room full of choppers and cruisers, then lots of other larger rooms that had a mix of everything from restored classics, vintage enduro bikes and even some mini choppers that put a smile on my face.

[superquote]“It’s basically a boozy smash ’em up derby around a short course, which was a good laugh.”[/superquote]

On the Friday night of the show after people have been significantly lubricated, there was the inaugural ‘Dodgy Derby’ electric mini bike race which lived up to its name. It’s basically a boozy smash ’em up derby around a short course, which was a good laugh and a spectator favourite.

The show wouldn’t happen without the people coming to check out the bikes. There was a real eclectic mix of bikers, hipsters, families and of course the bike builders themselves. Over 100 bike builders were invited and most were there, happy to chat about their creations. It was great to finally meet a lot the builders we have featured over the past 10 years on Pipeburn and put faces to the names. 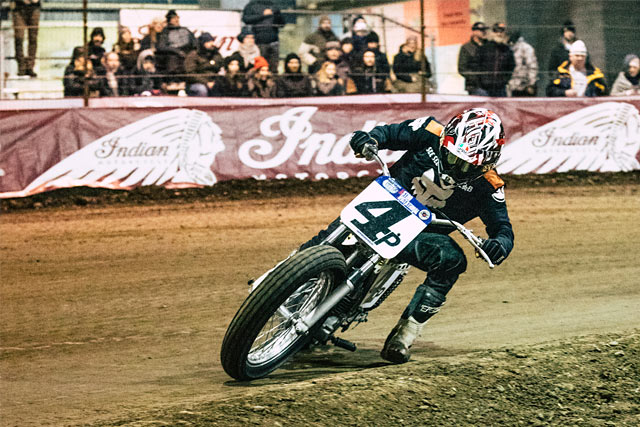 The One Show isn’t just about motorcycles, it’s about music too. And it’s such an important thing that many shows leave out completely, or is included as an afterthought. The bands and DJ’s playing at night added to the atmosphere and helped turn the night into a party, with the Canadian band Black Mountain headlining the Saturday night. Being a psychedelic rock band I think they appealed to many of the locals who might just have visited their local dispensary on the way to the show. 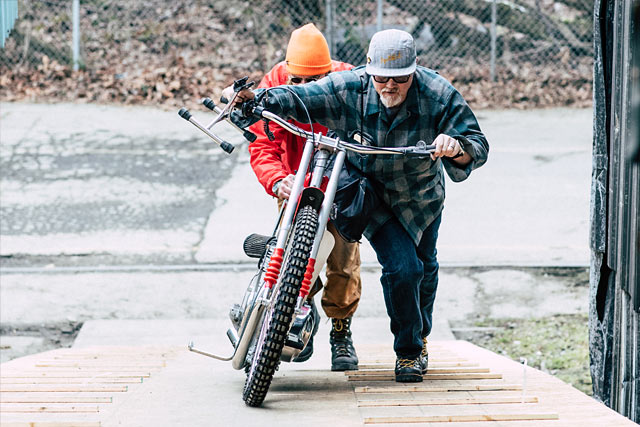 The other huge drawcard that was part of The One Show was the flat track racing, held about an hour’s drive at the Salem Indoor Speedway – which is apparently the fastest indoor track in the USA. Around 2000 spectators (myself included) braved the snow storm and made it out to the track to watch the flat track racing, including the main event – the Roland Sands Designs Super Hooligans. I’ve gained a new-found respect for these riders who wrestle their 400 pound plus machines around a 1/8th mile clay oval at stupid fast speeds. There were loads of spills – but I think we saw more accidents on the icy highway coming back to Portland. 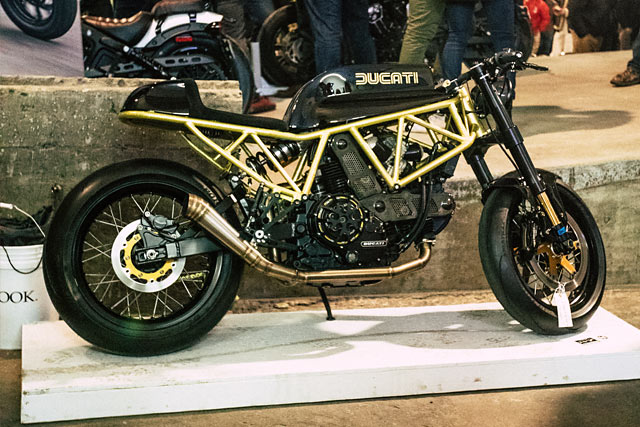 Nine years ago Thor said, “If 20 of my buddies show up then that’ll be great and we’ll have fun”. Well, thousands of moto loving folks turned up this year from all around the country and the world. And Thor was right, we had a hell of a lot fun and we made a lot of new friends. Can’t wait for the next one. 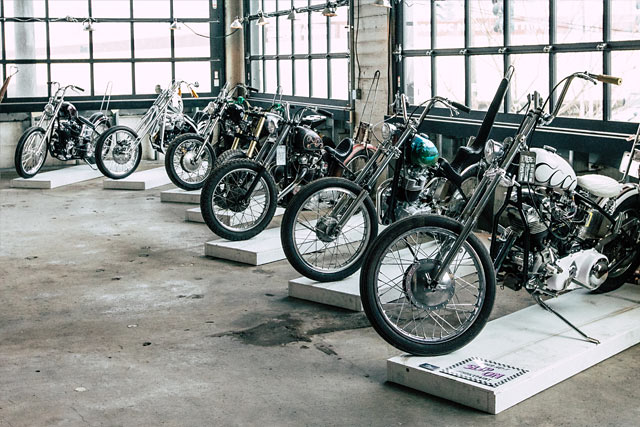 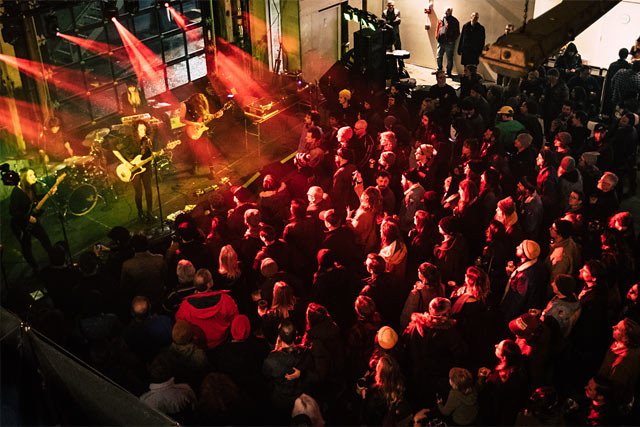 [ The One Moto Show | Photos by Mr. Pixelhead ]