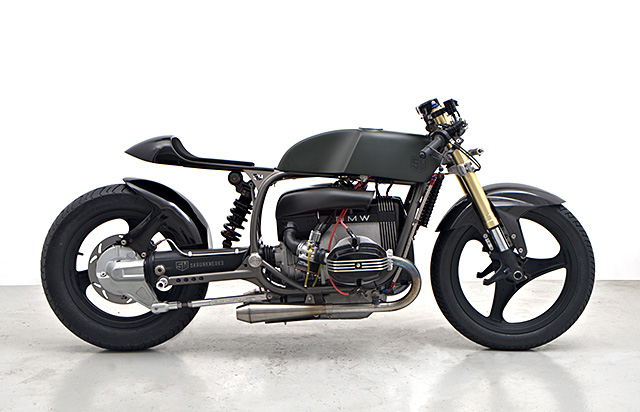 You might be surprised to know that alongside bourbon, country music and chronic obesity the United States doesn’t have a monopoly of dry salt lakes. Here in Australia we have our own large white dyno in Lake Gairdner, South Australia. Over seven hours out of Adelaide – a similarly isolated area that is also unable to sustain life – our salt lake has a much less predictable climate, an absolutely abhorrent dirt track entry road and no facilities at all. I’m friends with a few people who have made the pilgrimage over the years but I’ve never made the trip myself – being of the demographic that won’t go anywhere without 4G network coverage or easy access to organic fair trade coffee. This means that only the most dedicated speed freaks carefully watch the weather reports and pack up the four-wheel-drive to make the pilgrimage to the Australian speed mecca each year, leaving casual observers like myself simply turning and tipping a drink in the direction of their noble pursuit five times a day. And after 18 months of planning and building Skrunkwerks joined a throng of like-minded enthusiasts when they finally wheeled this piece of automotive art onto sandpaper-like surface of Lake Gairdner. Skrunkwerks had big plans for the bike when it was first started in a workshop alongside Supacustom’s Triumph Bonneville that was also being built to break land speed records. The BMW was to have a very heavily worked engine, with Skrunkwerks aiming for 110 horsepower, but due to some last-minute problems this was put aside and a R100 donk already running in his gorgeous café racer was mounted instead. Adrian aims to have the fresh engine ready for a tilt in 2016, possibly with some kind of forced induction. And I’ve no doubt that it will work beautifully. Because even the back-up engine is nothing to be sneezed at. Producing around 75 horsepower, it runs 38mm Dellorto carburettors, an oil cooler taken from a Bonneville, dual plugs, porting, a CR increase and a few other tricky bits and pieces to get the bike up to speed. Most notable of these is ‘Ramstein’ – the large ram air intakes you see jutting out either side of the engine. Ram air intake systems are finicky, difficult to jet carburettors to and have slim-to-bugger all gains at any speed other than flat-out. To this end the bike also had a set of huge K&N air filters ready to mount if it ran into any trouble at the lake. A great deal of effort has gone into suspension design, a crucial focus when riding a bike like this far faster than the original maker of the bike or the maker of the rider ever intended. The R100 runs GSX-R triple trees and USD forks at the front while the custom mounting arrangement of the Hyperpro shock marries it to the R1100RT swing arm, and a R1100S bevel drive – required for its taller gearing.

The swingarm lengthens the stock wheelbase by 100mm, with Bridgestone BT45 tyres mounted to the K100 rims on each end. With the fully worked engine, all these modifications add up to theoretical top speeds of over 150mph, thundering along at a max of 9000RPM, all the while combating rear wheel slip – said to be around 10% while running on the salt. It’s easy to get bogged down into the numbers while missing the sheer beauty of the bike. The fit and finish is immaculate – with some the most beautiful frame bracing I’ve seen on a motorcycle, much of which is laser cut and hidden under the chopped and shut fuel tank. The colours that have been picked are gorgeous, the welding is immaculate and the attention to detail is second to none (look at those guides for the rear brake line!). Like much of the engine work, the carbon fibre seat and hugger were completed in-house. And I suppose it shouldn’t come as much of a surprise, being designed and built by a man who manufactured his own tube bender and dynamometer in his spare time. And here I sit considering my spare time productive if I manage to get through half a bottle of rum and a season of Louie. For 2015 the R100 was entered into the MPG1000 class – 1000cc pushrod motorcycles that are unfaired and running on pump gas. Acts of God and other tribulations meant that he was to only have two runs on the salt – but still set a top speed of 128MPH (206 km/h) – only 12.6 miles (20.3 km) short of the current record. And all that from a relatively mildly worked boxer engine, which Adrian thinks still had a few more ponies to be let out with some more tuning. That’s academic though as in 2016 the bike will return to the lake with the dedicated salt racing engine he had originally envisaged. Until then the bike will return to his workshop, looking as gorgeous sitting still as it did as a blurred dart across the Lake Gairdner horizon.