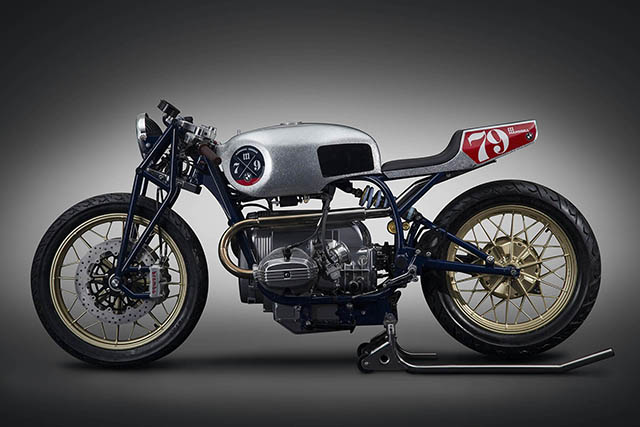 Beijing might be one of the world’s largest and oldest cities, with an ever-expanding motorcycle manufacturing industry, but that doesn’t mean its smooth sailing for the customisers who call it home. All the big companies have a presence there now, but that is a recent development, so when a client approached Mandrill Garage to build them a slick 1981 BMW R80, finding a donor bike let alone parts was a major challenge. Never fear, as the team of friends simply pooled their collective skills to craft a truly one of a kind BMW Vintage Racer from scratch. 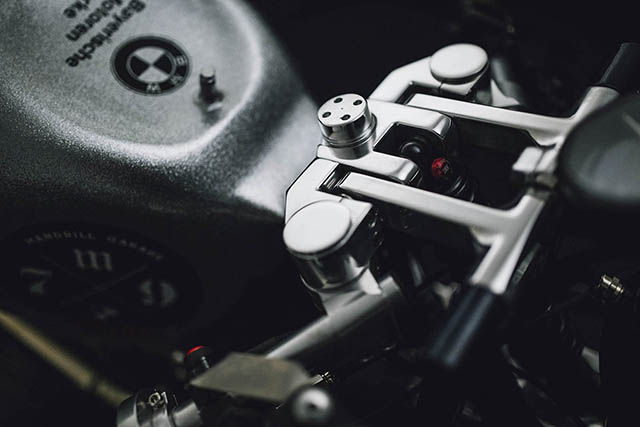 With a growing custom scene emerging across China, like Mandrill, most builders have focussed on modern machinery as their base, not afforded the luxury of barn finds and a flourishing used bike market that many countries rely on. But with the world having gone BMW R series crazy it was only a matter of time before proprietor Luo Hao and his team were approached to perform their magic on one of the trusty old airheads. 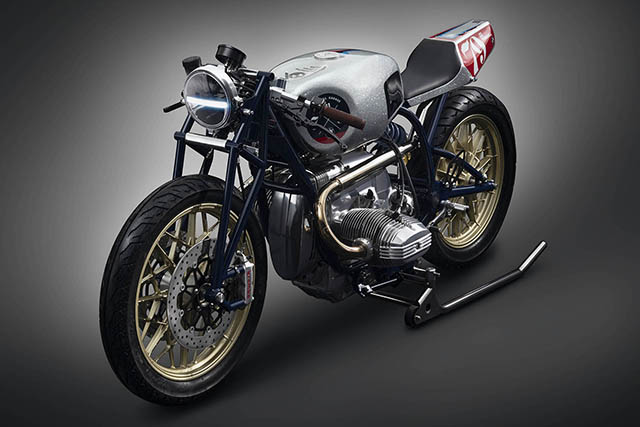 Thankfully the stress of having a lack of parts available in the country was eased when the client gave Mandrill no instructions whatsoever and left them simply to build the bike as they saw fit. With an ’81 model never having been officially imported, one was eventually tracked down and entered the workshop to be stripped down. Only the engine, frame and wheels were kept, with the engine put on the bench for a rebuild and the frame placed in the jig to ensure it was straight and prepared for the changes to come. 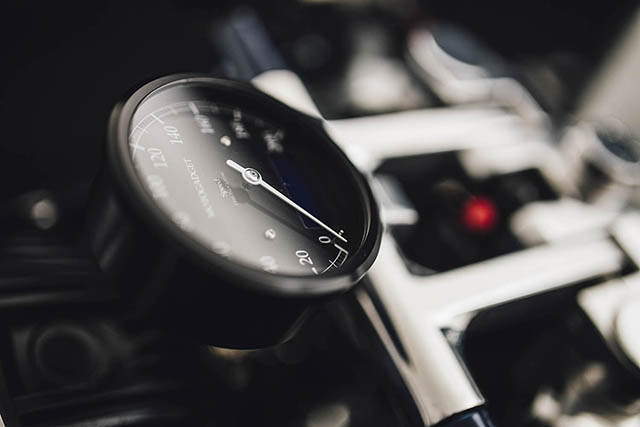 “The idea was to make it very old style,” Luo tells us. “So the first thought that all agreed on was to fit the bike with a girder front end.” But rather than try and import one they made the decision to build it themselves. Every last piece was first drawn up by the in house graphic designer, before being entered into CAD. Then the upper and lower trees and top nut were machined from billet alloy by a large CNC operation nearby. While back at Mandrill the team made the legs, including the fittings to radially mount the brakes. 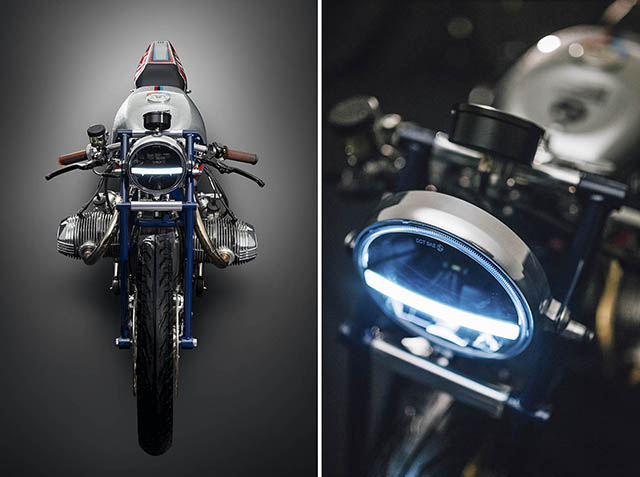 The rear end has undergone a similar change, but this time old technology makes way for new with the swingarm totally redesigned to convert it to a mono-shock operation. Once again placed in a purpose-built jig, a perfect fabrication that is absolutely arrow straight is the result, with a factory look to the finish. The frame was next on the bench with the subframe rebuilt and narrowed to suit the bodywork to come. While other changes to the main frame include additional bracing, detabbing and rearset mounts. 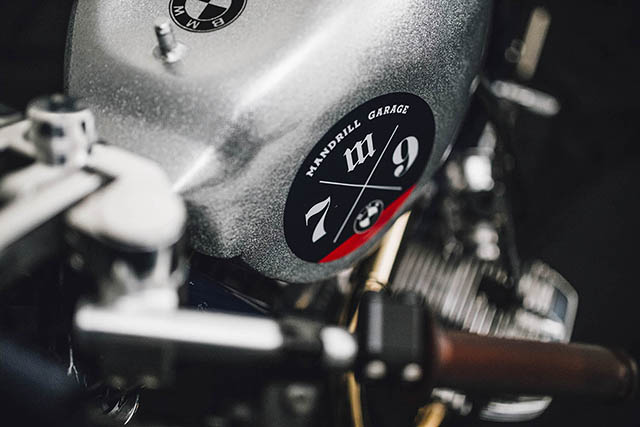 As this was all going on, the rest of the team swarmed around the BMW like busy bees and had begun the design for the all new bodywork. Wanting to bring the overall weight down and capture the vintage racer look the decision was made to build it from aluminium. The custom tank gives a slight nod to the R design, but with far more rounded curves, sculpted front and even a recess to allow the rider’s helmet to get low when tucking in. The tail section is no less impressive, with first class metal work resulting in one of the sharpest looking pieces you’re ever likely to see. 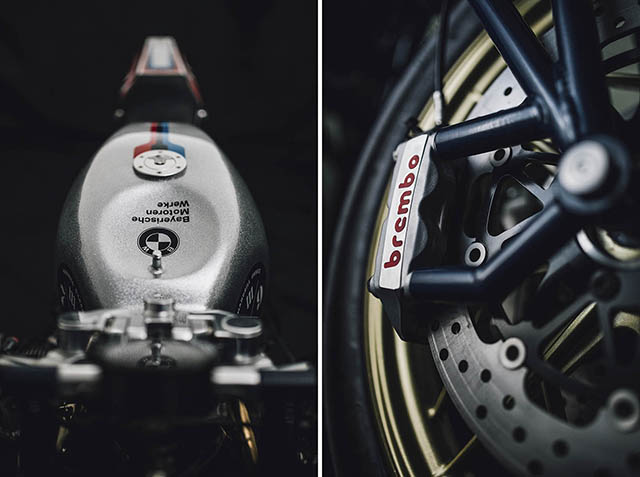 Before assembly could commence the paint needed to be laid down and while the blue covers the chassis it’s the tins that get special attention. “The paint and colour we use is a vintage BMW racing colour”, with plenty of flake thrown into the mix before the graphics, logos and race numbers are all laid down and polished to perfection. With the bodywork on the suspension front and rear is assembled with modern shocks at both ends, a GEARS Racing item built for the project controlling the new swingarm. 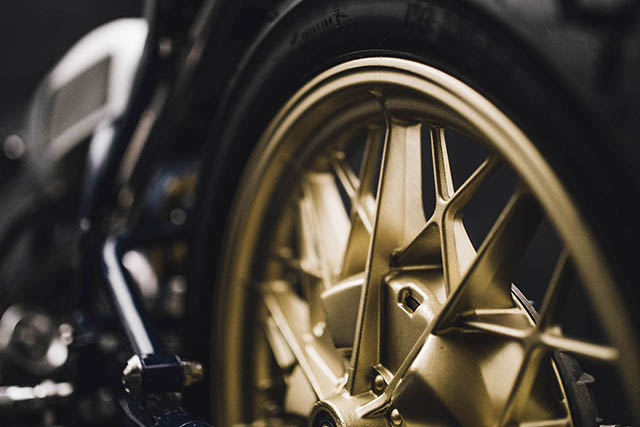 Prior to the 800cc boxer twin being bolted into place, it was given a thorough rebuild, along with the gearbox; before being polished to a brilliant shine. Rather than rebuild the factory carbs a set of Keihin PWK units are fitted up and each draws air through a machined velocity stack. The exhaust is a work of art, each cylinder has its own pipe all the way rearward, exiting under the seat with an internal baffle along the way. While an all new ignition system based on more modern CDI provides a strong spark. 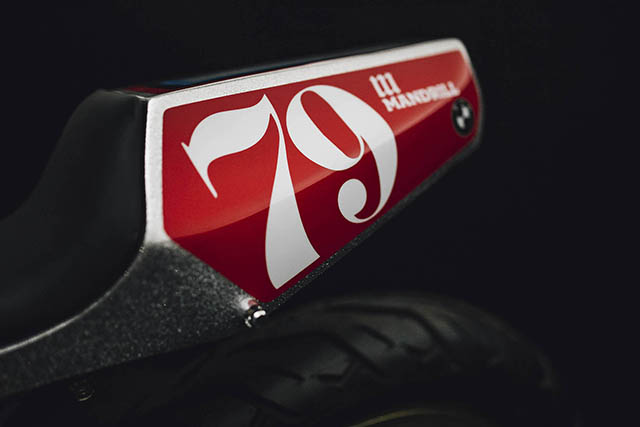 Continuing on the electrical theme, everything is kept simple with a Motogadget m-Unit serving as the brains of the operation. With LED lighting utilised front and rear and only the best components mounted on the clip-ons. To finish the build the ‘snowflake’ front wheel is modified to accept twin floating discs, clamped by radial mounted Brembo brakes and all wrapped up in modern rubber. Without access to an endless array of parts, Mandrill Garage were forced to get creative and in doing so have crafted a truly custom BMW R80 that stands out from the ever-growing pack and would give most a read hot run on the track! 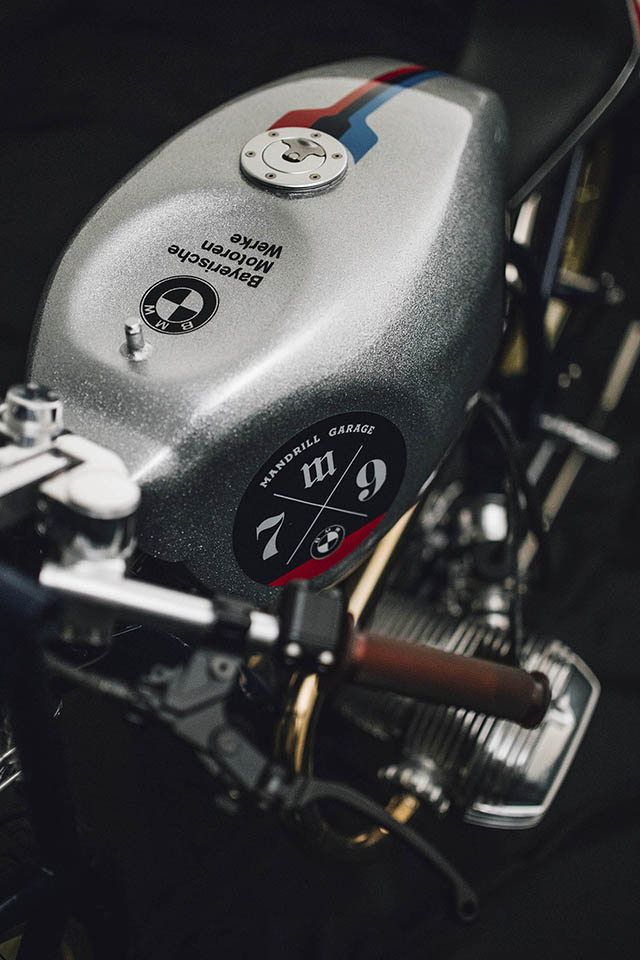 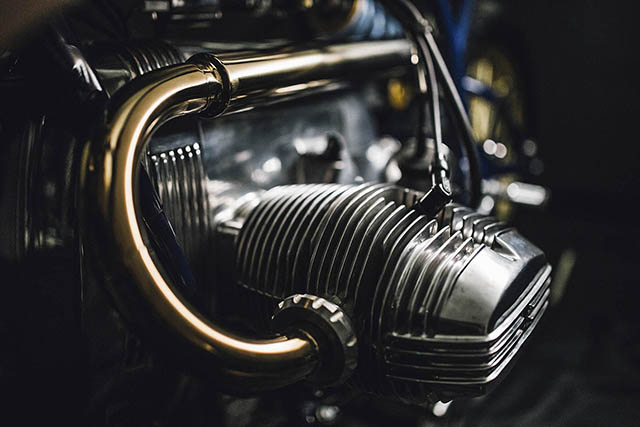 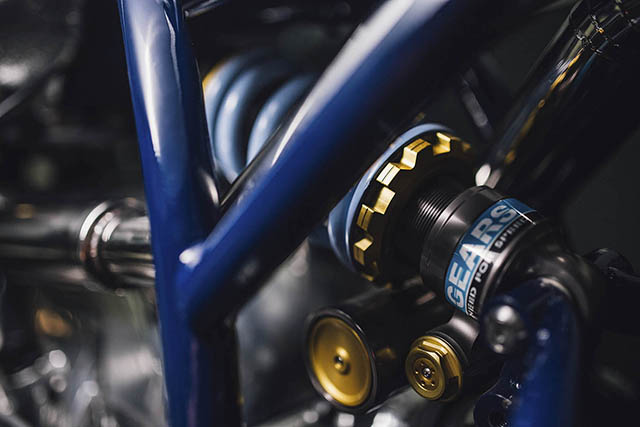 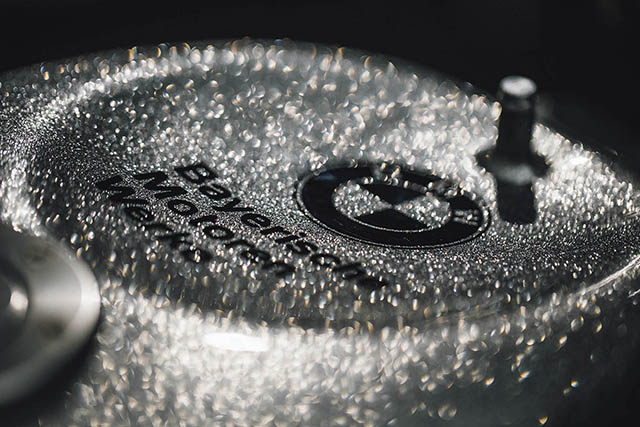 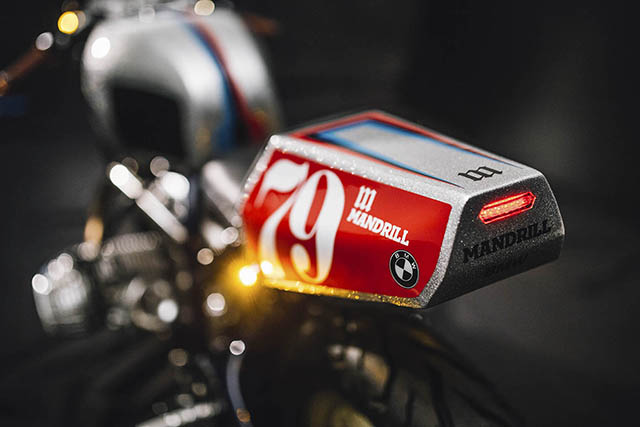 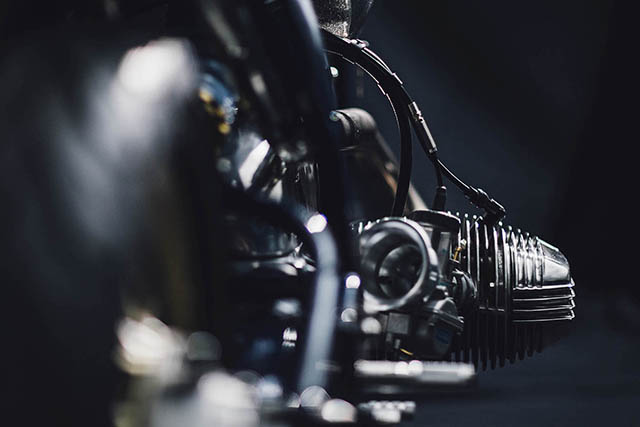