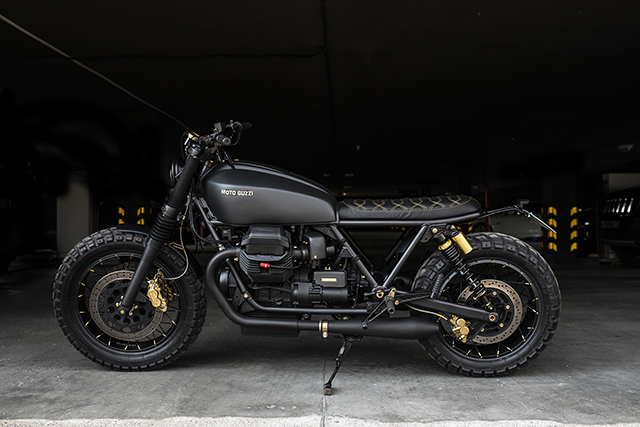 A few years ago we featured a murdered-out Moto Guzzi Nevada 750 by Recast Moto. If it were a movie, it would have received a standing ovation. But there was one small problem – and we mean small literally. It seems they like their bikes big in Belarus, and unfortunately most of the people who were interested in buying the bike thought the 750cc Guzzi was a little too small. So Recast decided to make a sequel, using a larger California 1100 and touches of gold to accentuate the details. 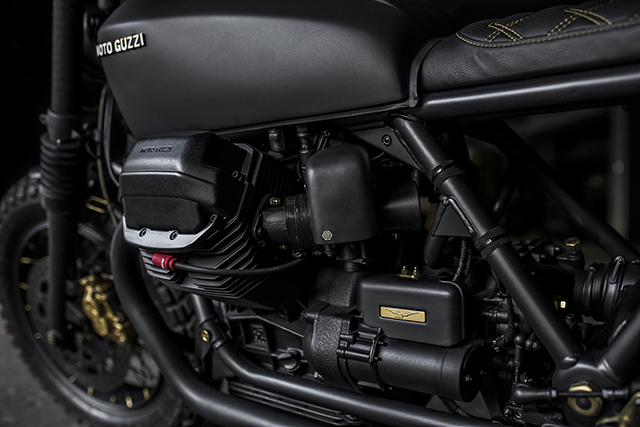 The frame of the California has the same classic Guzzi geometry as the previous build, but obviously slightly different due to the size difference. Recast Moto started by modifying the tail section and making it more refined. They swapped out the stock rear shock absorbers with fresh gold ones that were longer with a larger range of settings. The front fork were shortened by four centimetres – which gave the bike a more aggressive stance. 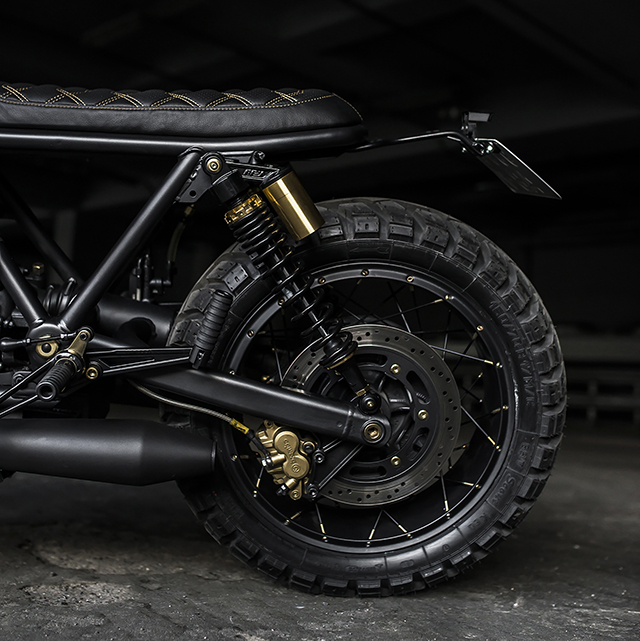 “We used a Honda CB750K gas tank,” says Matiz, from Recast. “We also changed its shape, so that it fits into place and does not touch the engine. The gaps between the engine and the frame are perfect.” All control elements of the fuel and electrics were hidden under the trimmed down gas tank and the beautiful gold stitched seat. 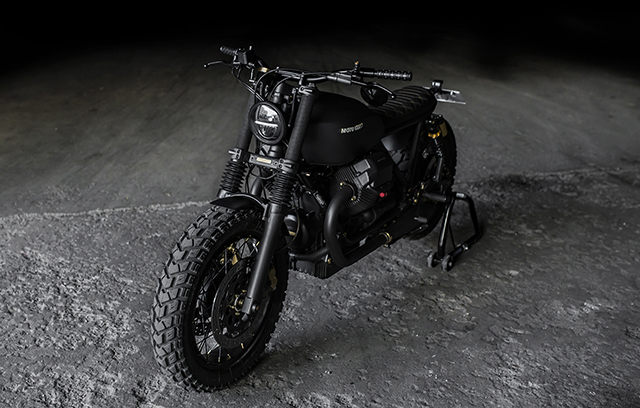 When it came to the wheels, Matiz decided to keep the front size stock, but give the rear a wider rim. To give it a beefier look, they chose Heindenau K60 dual purpose tires. The nipple needles on the rims are gold titanium – the combination of black and gold making it a feature of this bike. 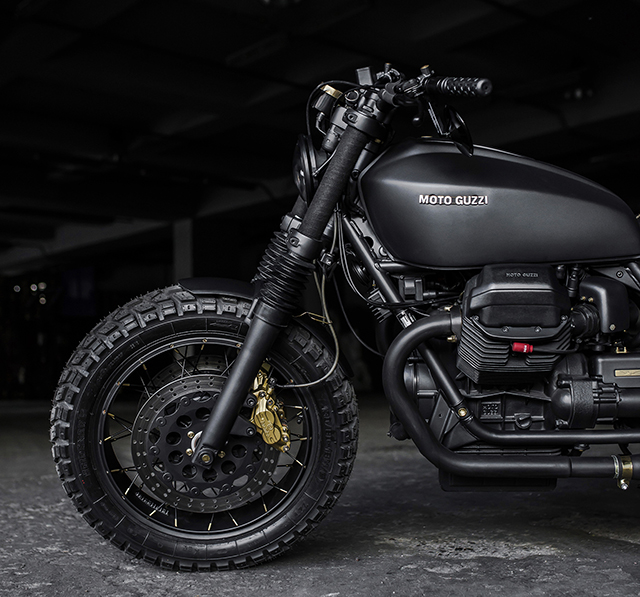 In keeping with the black and gold theme, obviously gold Brembo brakes were chosen for increased the stopping power – with two front discs and 4-piston calipers. The front and rear fenders were made from scratch, using 3mm aluminium and painted matte black. 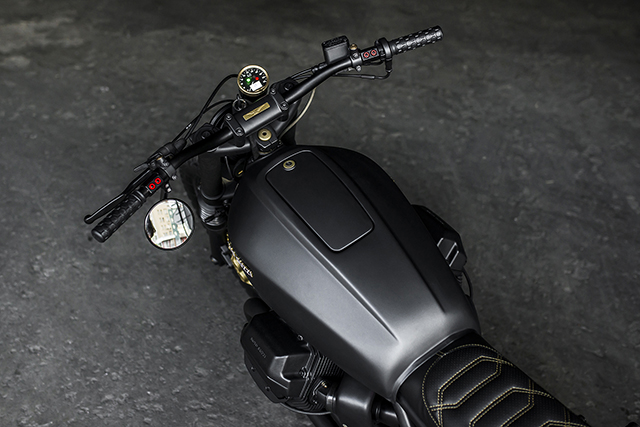 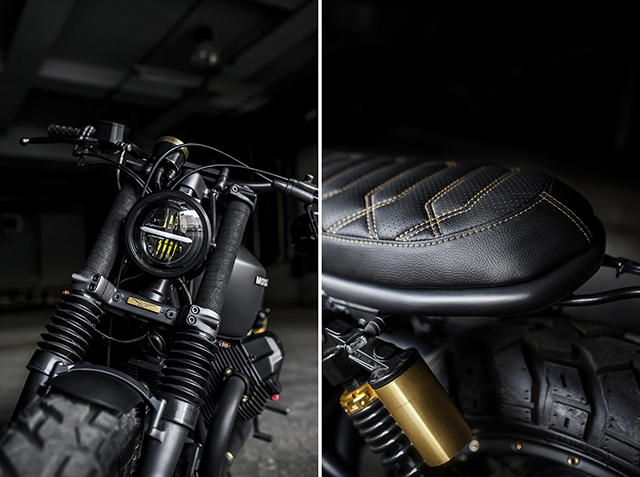 Up the front, Recast installed a 5-inch LED headlight and fabricated some brackets. Replacing the stock handlebars with wide LSL bars which have been given some backlit mini switches. As for the speedometer, a T&T unit was chosen with a brass bevel rim. 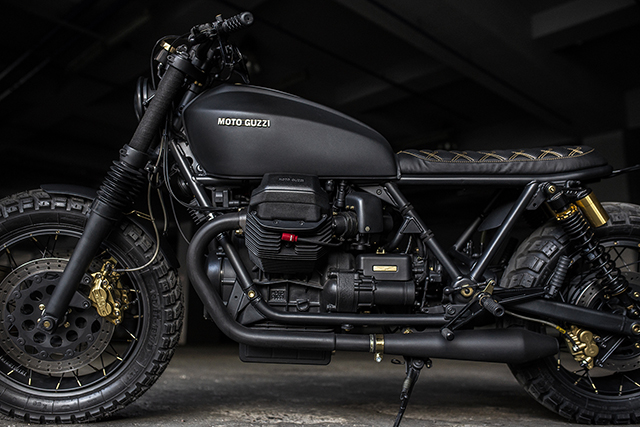 A set of ready-made Tarozzi rear sets were fitted and modified slightly for a better riding position. To finish the project off, a slimmer seat was custom made with gold stitching that repeats the classic lines of the Guzzi engine. 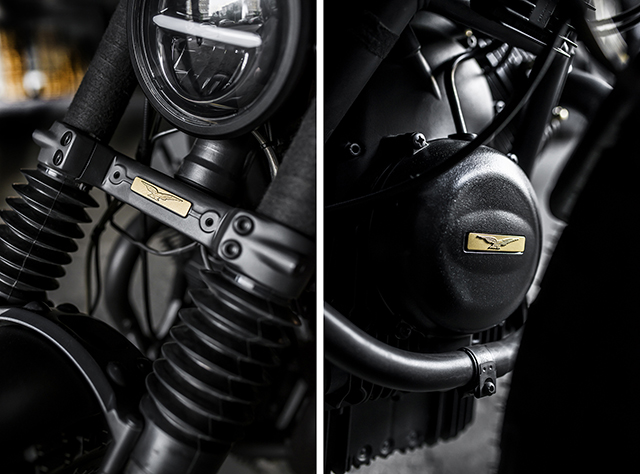 Unlike many sequels, this remake might be more popular at the box office than the original – especially in Belarus. This tough and brutal looking Moto Guzzi California is not only bigger than its Nevada sibling, but we also think it has a bit more star power. 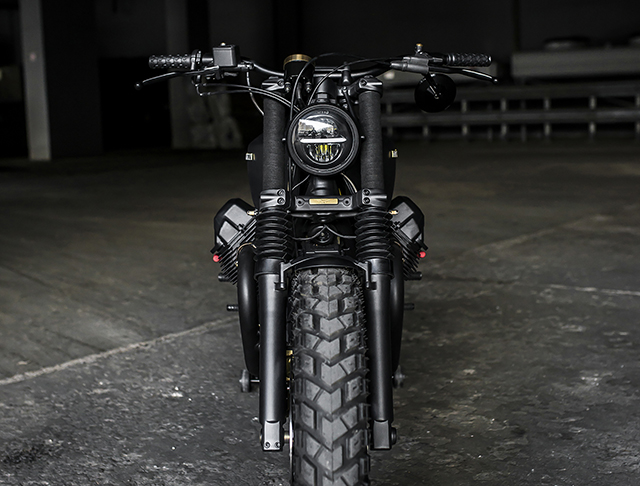 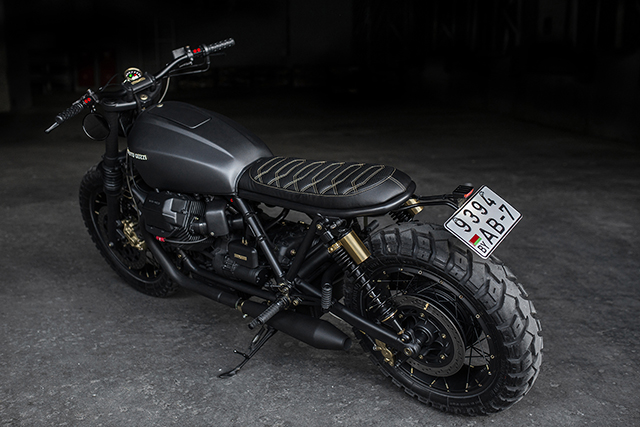