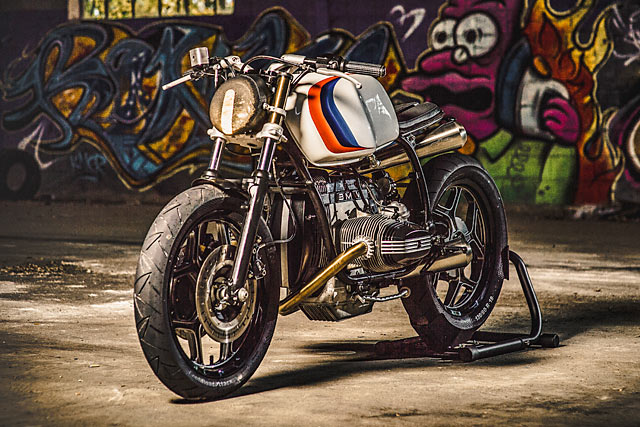 If you go down to the woods today, you’re sure of a big surprise. Namely, Ralf from Bavaria’s Woidwerk motorcycles (literally, ‘Forest Factory’) tearing shit up on his latest creation, a BMW R80 roadster he calls ‘Mad Fritz’. Well, you’d be mad too if you looked this good and had to spend all your time hidden in a forest. 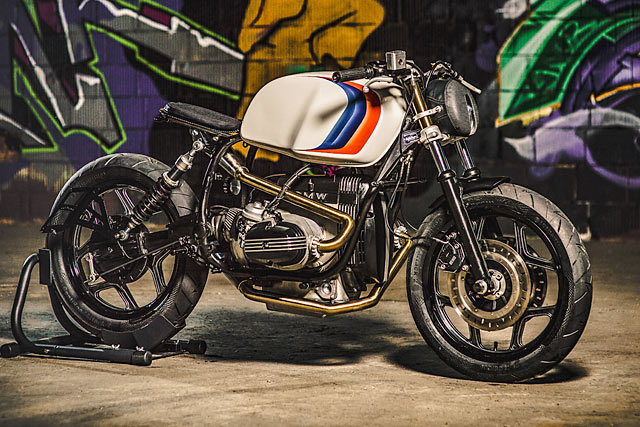 “I grew up with motorcycles and wrenching ,” says Ralf from inside the forest. “Even today, my grandfather is still a motorcyclist at the age of 86 and he has always welcomed me in his garage. After an education as a master mechanic, many personal vehicle projects and plenty of professional experience in building racing  prototypes, my small custom bike garage Woidwerk was founded in 2015. My workshop is located in the deepest Bavarian Forest – in the Bavarian dialect we call this ‘Woid’ – near a small town called Viechtach. After many paying jobs, I have now completed my first personal project, a bike called ‘Mad Fritz’. Ralf calls the bike ‘a modern and futuristic style, with a little bit of cafe racer in it.’ but he also notes that he’s not sure if it fits into any particular category, which has to be a good thing. “It’s a BMW R80 Monolever from 1990. I bought the bike about 100 kilometres away from home off an old man who bought it new in 1990. It had exactly 18,000 kilometres on the clock when I got it – and I’m pretty sure they were all original.” 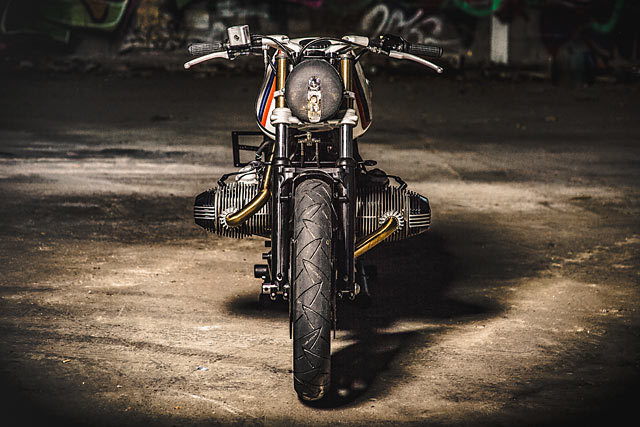 And just when we thought we’d heard it all as far as custom bike inspirations go, Ralf proved that indeed we haven’t. At all. “My main decision for the overall style was the BMW R1200R LC handlebars. As good as the normal round handlebars are, I find them a little boring.” So the rest of the bike’s aesthetic decisions followed this ‘modern aluminium style’.

“The project took almost a year; mainly because I built it alongside my customer’s bikes. It has developed slowly over 2018, but the direction was clear: modern, slightly futuristic and aggressive – yet elegant – like a real Bavarian gentlebike.” He should probably trademark that phrase, I think. 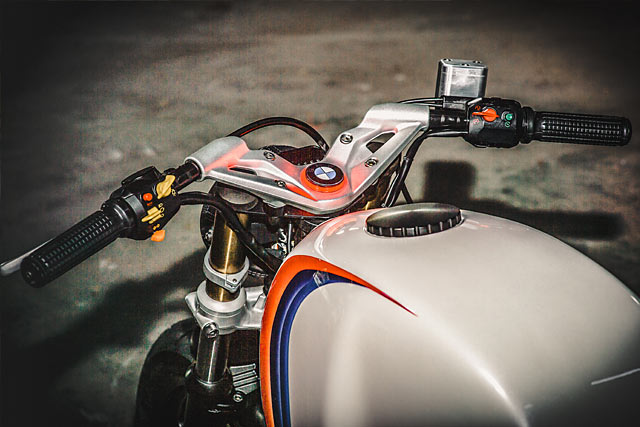 [superquote]“Modern, slightly futuristic and aggressive – yet elegant – like a real Bavarian gentlebike.”[/superquote]

“It started with the handlebars on the shortened, upturned forks, a new headlight and a bespoke fork brace, which I specially designed for this vehicle. Next, I worked my way through the bike’s core, with some detailed electrical adjustments, an air filter conversion and some aluminium pegs.” 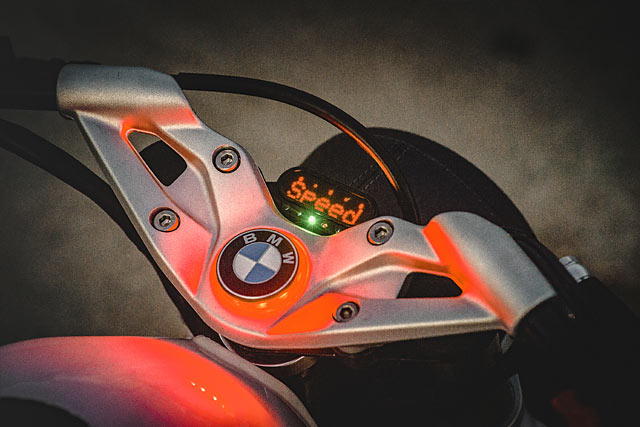 Next, Ralf took a breather to plan an aluminium tail section, but in the offing the plans changed and instead he built the short – and rather beautiful – carbon rear end you see here. Herringbone has never looked so hot. “Of course, it then needed a cool exhaust system. We accomplished this with asymmetrical Hattech silencers, which are very cool, and some special routing just below the rear and under the frame.”

Ralf’s list of other custom details include a removable, and rather kinky-looking leather headlight cover, Kellermann indicators, metallic paint in the classic M-performance colors, a Motogadget speedometer (it’s the law in Germany – all custom bikes must have one), and a set of very classic-looking K&N air filters.

“Looking at the bike now, I love the front with the cool handlebars, the illuminated BMW emblem and the flat headlight with the leather cover. Of course I love the short tail with the cool exhaust system, too!” Who knew there was so much love in the Bavarian forest?