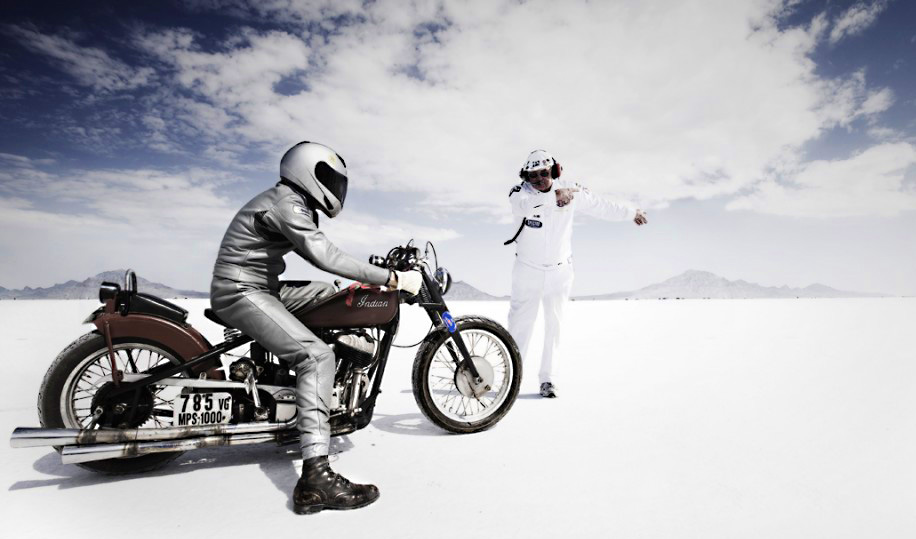 This breathtaking photograph is just one in the series by Los Angeles based photographer Jerry Garns. If this shot doesn’t inspire you to head to the 2010 Bonneville Speed Week then nothing will. Jerry tells us that someone once said that “if you are a Buddhist you go to Tibet, but if you are a motorhead, you go to Bonneville”. Jerry had been wanting to go to Bonneville since he was a kid so when he finally arrived last year this is how he described the life long dream: “Once you leave the paved road and roll out onto the salt, you feel like you are in another world. The expanse and flatness, along with the history of racing, creates a sense of place that is beyond written description. Everyone should go to the salt flats at least once in your life to experience it for your self”. To see the other spectacular shots in the series, including legendary Shinya Kimura and Randy Speranza check out Jerry’s portfolio.