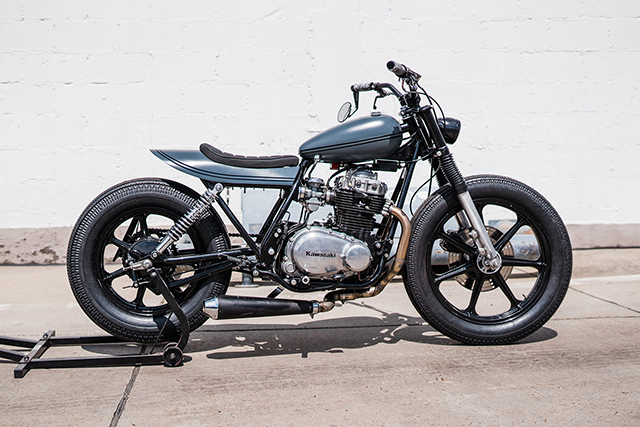 Take a project of any kind, particularly the weekend tinkering approach, and for generations the world over Fathers and Sons have been swinging the tools together. Whether they’re building a barn, restoring the young lad’s first car or making motorcycles, it’s as much about the relationship as the final result. But somewhere along this journey for Michael Posenauer and his son Allen things stepped up a level and they now run a shop called AMP Motorcycles in Germany. Now from the bones of Michael’s first bike comes this 1982 Kawasaki KZ440 LTD that’s been given a full Brat-Bob makeover. 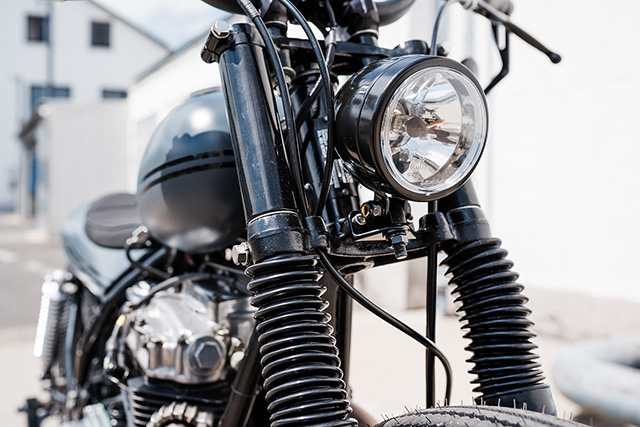 Despite being the older of the pair, Michael didn’t get into bikes heavily until later in his life journey. Calling Uwe Kostrewas of Hombrese Bikes a friend certainly helped fuel the fire, and in love with Uwe’s Suzuki GN400 custom build, Michael took to eBay while away on vacation. Here he began the search for his first bike to be a project and before he’d even arrived home he’d won the auction and the Kawasaki was parked up at AMP HQ in Offenbach, Germany. 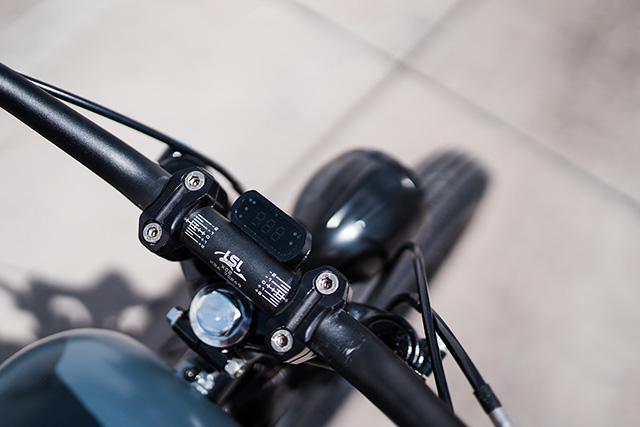 Setting off with son Allen for the 2015 edition of the Wheels and Waves in Biarritz the pair gave the Kwaka a few upgrades and modifications and set off on their way. Then over recent years the AMP headquarters, formerly an old office building turned into a garage, started to become more serious and turning out some beautiful bikes. So with the 2019 edition of the Wheels and Waves approaching the KZ440 was picked to undergo a full makeover for the event.

Up on the bench and the whole bike, including the not so old upgrades were removed leaving just the bare frame. With four more years on their skill set the Father and Son team had plenty more tricks they wanted to show off. “We decided to build a clean looking bike but no well-behaved cafe racer (we also love cafe racers) but a badass bobber styled bike which is fun to ride and attracts attention,” Allen Smiles. 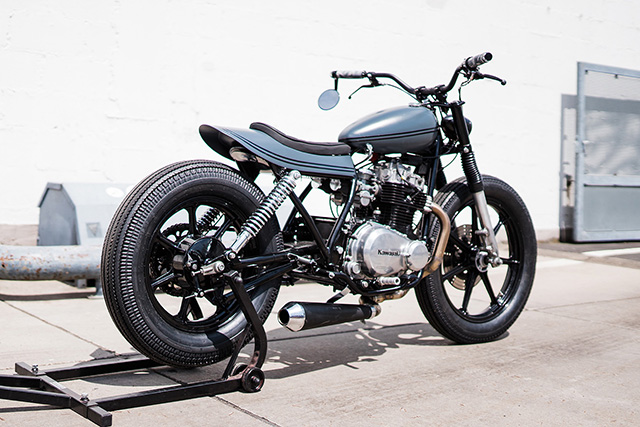 So to get that clean look started the entire frame was smoothed out, all the unrequired tabs and brackets removed and the rear shortened. With the frame design in mind, rather than go the traditional bobber solo seat the pair decided to instead cover the rear with a cowl. Hand made from aluminium the smooth lines and rounded surface does a brilliant job at disguising the ’80s steel underneath. While the piece is topped off with a seat that was both shaped and upholstered in house, with alcantara to finish. 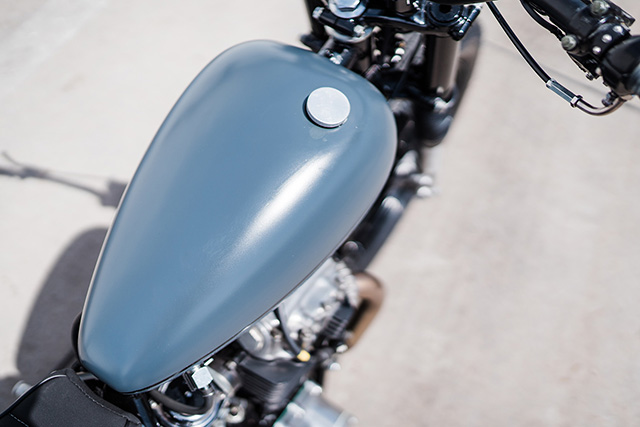 The stock tank is not a bad looking item, but wanting to emphasise the bobbed look the decision was made to use a 2.2-gallon chopper unit. Normally placed over the backbone of a Harley, it required considerable surgery before it sat neatly on the back of the KZ. Then mounts were fabricated to bolt it down and some more surgery performed so as to fit a custom filler cap. Not done there, Michael continued the fab work to relocate the new fuel taps and you realise this is not a bolt on affair.

Before the bike could be turned into a roller, the stock rims and frame were sent out for powder coating in black. While the paint was laid down on the tins, a mix of satin grey and gloss black stripes. Piecing it back together new shocks were thrown on the rear and the front forks cleaned up, fitted with gaiters and topped with a set of LSL bars. Before Allen set out on the laborious task of building a wiring loom from scratch, using high-end RACETRONICS components and speedo for an uber clean look. 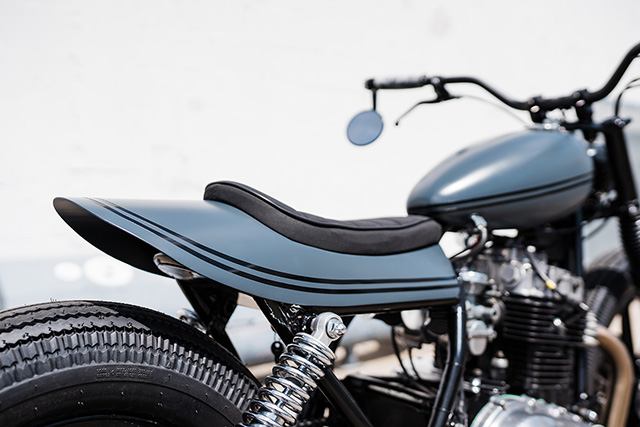 The 443cc engine has been left standard internally, with new gaskets and oil thrown in and a coat of black paint and a polish bringing the look up to scratch. But to give it a rorty sound the stock airbox is gone and both carbs draw breath via pod filters, with the exhaust a fully custom built set of pipes finishing in a screaming muffler all fabricated by Michael. The old school Shinko tires were unapologetically chosen for their style and the little Brat-Bob was done. Then all that was left to do was for Father and Son to saddle up and ride for Biarritz as their every growing bond takes them out on the road to cross Western Europe once again! 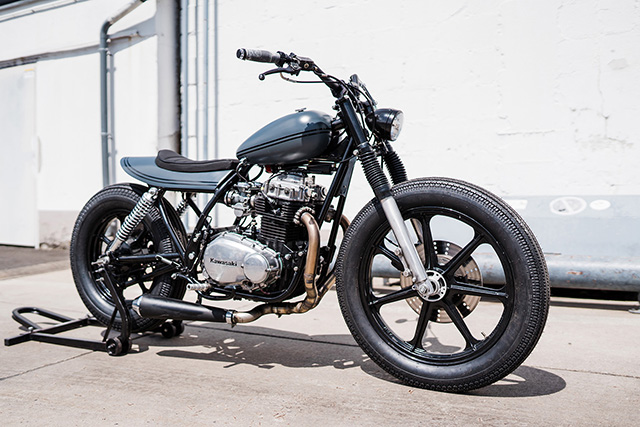