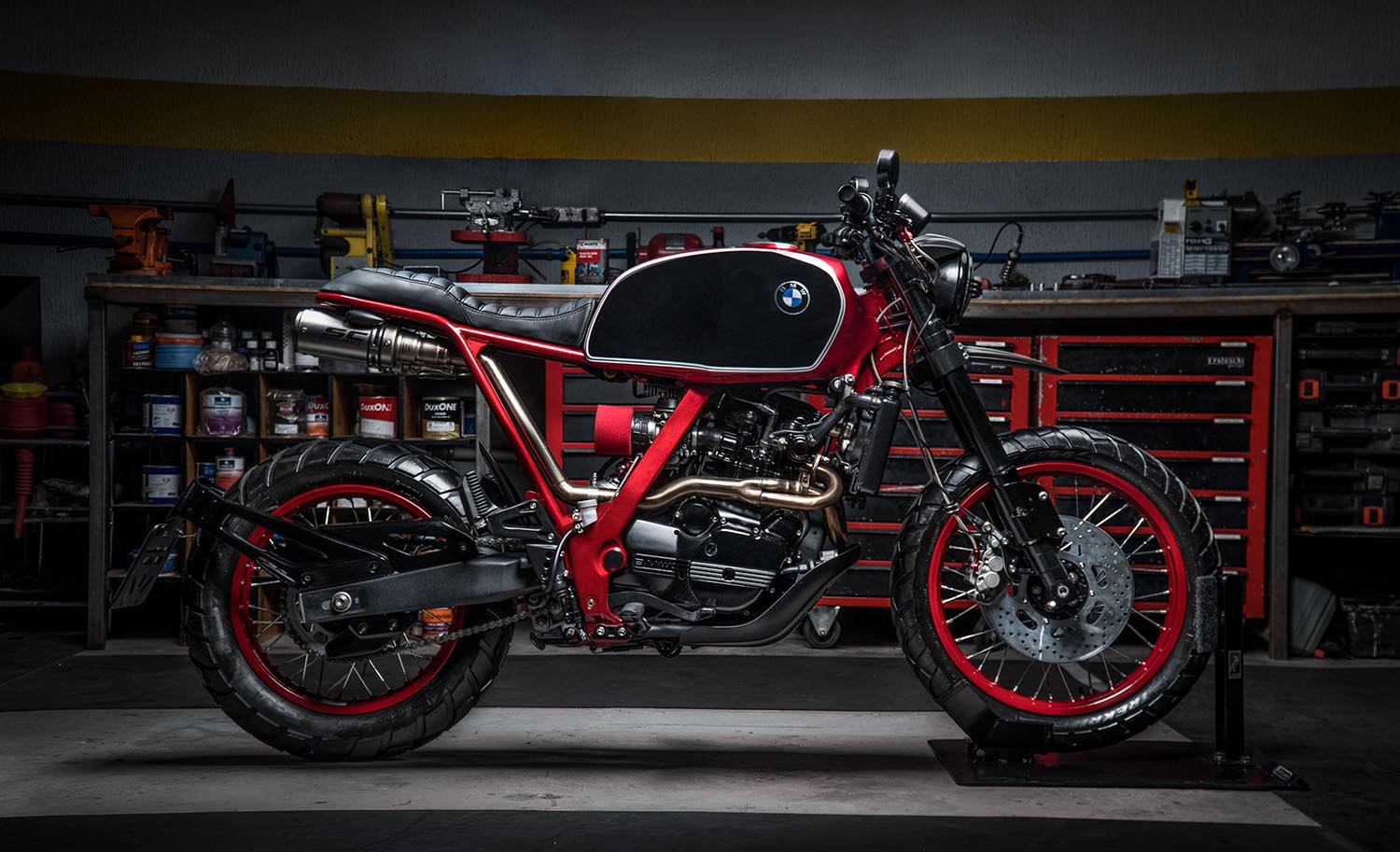 The 1990s were an exciting time for motorcycle design and development, with the era giving way to numerous models that have stood the test of time and gone on to influence their respective two-wheeled segments. Willie G. Davidson and Louie Netz famously blessed the cruiser world with the Fat Boy, while Massimo Tamburini reinvigorated the superbike sector with his game-changing Ducati 916, just to name a few. Unfortunately, not all ‘90s era designs have managed to stand the test of time, with the pre-millennium adventure segment arguably being the most egregious example of aesthetics to age less-than-gracefully over the last quarter-century.

And while not quite as abhorrent as the first-year Multistrada, BMW’s F650 is another turn-of-the-millennium example that time has not been kind to. Despite still offering relatively competent performance even by today’s standards, the 650’s bulbous fairing and awkwardly-integrated windscreen design make it wildly distinctive and unique, albeit for all the wrong reasons. So, when Brazil’s Frateschi Garage was approached by a client wanting a custom scrambler that would be good for some light touring duties, as well as some off-road riding, all without exceeding a $4,500 (USD) budget, the São Paulo shop reluctantly turned to the F650.

“During the search for the base bike I was surprised by a 1994 BMW 650F with only 25,000 miles (40,000km) that was very well cared for and in good condition. This is the same model that ended up winning the Dakar Rally twice because of its robustness and low centre of gravity, among other things of course. Overall, a great donor bike with a relatively low purchase cost for what it offers, though I knew it was going to be incredibly challenging to make the motorcycle more modern and attractive from a visual standpoint,” explains Renato Frateschi, the force behind the South American customs outfit.

Renato rid the donor of the entirety of its bodywork and seat, only to discover what lied beneath was no easier on the eyes. So, rather than trying to salvage aspects of the original design, Frateschi opted to go the full custom route. However, with the cost of the donor already having eaten up almost $2,000 of the build’s already meager budget, Renato knew each modification would have to be extremely calculated in order to achieve the most transformative possible effect.

So, the stock subframe was lopped off to make room for a custom tubular hooped unit that rests at a slightly upward angle. A one-off ribbed black leather saddle perfectly fits the contours of the new framework, with a nicely-cushioned passenger pillion. For the tank, Renato went with a vintage item off of an old BMW airhead model. Small extension pieces were welded onto the very front of the tank, allowing it to bolt directly into the frame’s (front) stock mounting points, while the aft end of the fuel-cell neatly clips onto the new subframe.

“The most difficult part of the construction was adapting the old fuel tank in a project in which, in addition to storing fuel, it would also have to accommodate practically all of the hidden electrical bits, including a new Lithium-ion battery, to give the cleanest appearance possible,” Renato tells us.

The result is a decidedly neat and uncluttered area beneath the seat, with a frame triangle that’s intentionally been left bare to accommodate the routing for the build’s full custom exhaust system. Exiting from the Rotax thumper, the pipework follows the lines of the engine, working its way back to the custom subframe and matching the lines of the triangle at a 60-degree angle upward angle before flatting out and culminating in a pair of under-tail mufflers held in bespoke brackets.

“It’s a stainless steel unit that was manufactured almost entirely in-house, except for the SC-Project tips. I think it’s the single most aggressive element of the project,” relays Renato.

The BMW’s original 41mm telescopic forks left a lot to be desired in the performance department, so Frateschi sourced a modern set of inverted forks to tack onto the frame. The newfound cornering abilities from the USD forks is now complemented via increased stopping power courtesy of the new front-end’s dual-disc front brake setup.

The cockpit has been hugely simplified and tidied up, as well. Aftermarket risers hold a set of low rise bars and a pair of adjustable shorty levers, while small circular mirrors have been screwed into the stock mirror’s original mounting points. The rider’s quarters have also been treated to steel-braided lines with red-anodized couplings and a single, round, backlit analog tach-digital speedo combo with integrated warning lights. A fuel-cap from a late-model donor also gives the cockpit a more contemporary feel.

With most of the heavy-lifting now complete, Renato focused his attention on the minor odds and ends that would bolster the Beemer’s character and help tie the whole build together. “I tried to use 3D-printing a lot to inject as many unique and exclusive parts into the bike as possible. The fenders, headlight grille, suspension protectors, and a host of other smaller parts were manufactured using this process,” says Renato.

Out in front, a classic circular headlight shell houses a modern projector-style bulb that’s now fortified behind a custom 3D-printed Frateschi-logo’d headlight guard. Directly beneath a pair of turn signals are nestled on the inside of the blacked-out fork legs and triples, with smoked lenses helping the indicators to further blend in. The rear indicators have received a similar treatment, sandwiched in between the frame hoop and under-seat mufflers, while a single circular taillight sits between the two cans.

The forks are also now wearing a pair of custom fork guards with laser-cut Frateschi logos, and a short, beaked fender replaces the stock unit that once tightly hugged the front wheel. The slitted stock skid-plate remains in play, too, though the license plate is now being carried by a one-off wrap-around unit stemming from the swing-arm.

The final step was selecting a livery for the 650. Frateschi ultimately opted for a two-tone, red and black scheme, with a metallic, almost burgundy red adorning the wheels, the entirety of the framework, and the top and sides of the tank, and a mixture of matte and gloss blacks everywhere else, all offset by white and blue pinstriping to match the NOS Roundels on the tank.

All in all, Frateschi Garage not only managed to knock this build out of the park, taking an objectively tired mid-’90s dual-sport and turning it a legitimately attractive one-off build, but the Brazilian outfit managed to do so for less than the cost of a new Yamaha R3 or Honda CBR300—proving you don’t need an enormous budget to have an awesome custom build of your own.