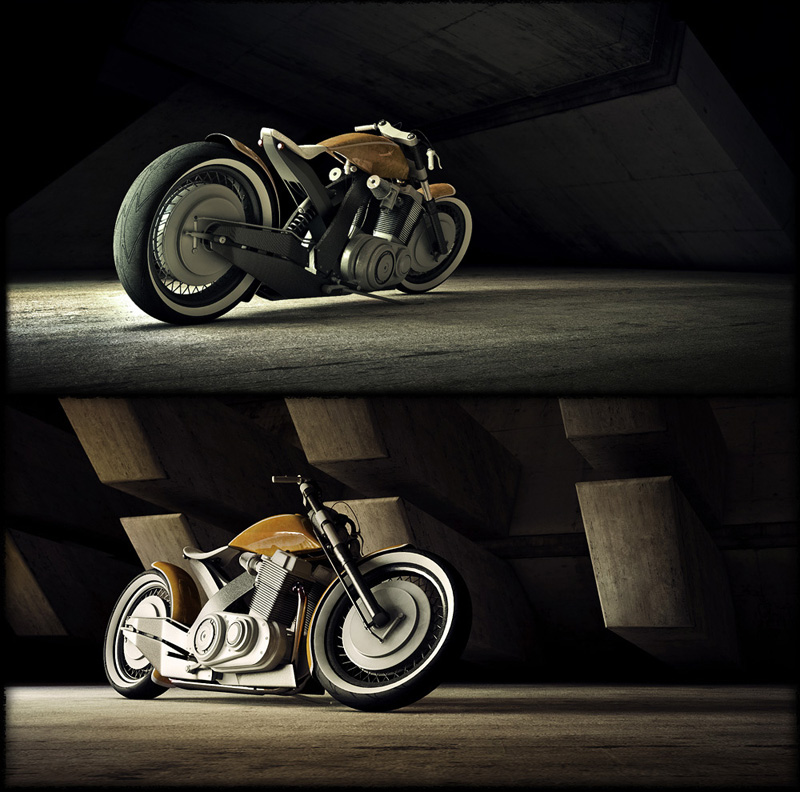 When it comes to countries I don’t know a lot about, Estonia is probably near the top of the list. The one thing I do know, is that one of the more interesting motorcycle designs from last year came out of Estonia – the love it or hate it Renard Grand Tourer. So why all the interest in Estonia? Well, last week we received an email from an artist named Kait who lives in Estonia. Kait specializes in post-apocalyptic sci-fi drawings but told us that he recently “spent an entire day looking at all the pages on Pipeburn and decided to build a bike”. The problem was, Kait doesn’t know anything about bikes. “Because I don’t know how to build one, in fact, I don’t know anything about motorbikes, I cheated and used a 3D application instead” he says. “There are many logical and technological errors, and probably not very comfortable to ride”. The wooden tank might not be to everyones taste, and it may be carrying a bit too much weight for a café racer, but we think Kait deserves his ‘café racer concept‘ to be shown to a wider community — so power down your ion phasers, depressurise your extra-vehicular spacesuits, and park that lunar module in a geo-stationary orbit while you take a few minutes to check out this beautiful concept bike.