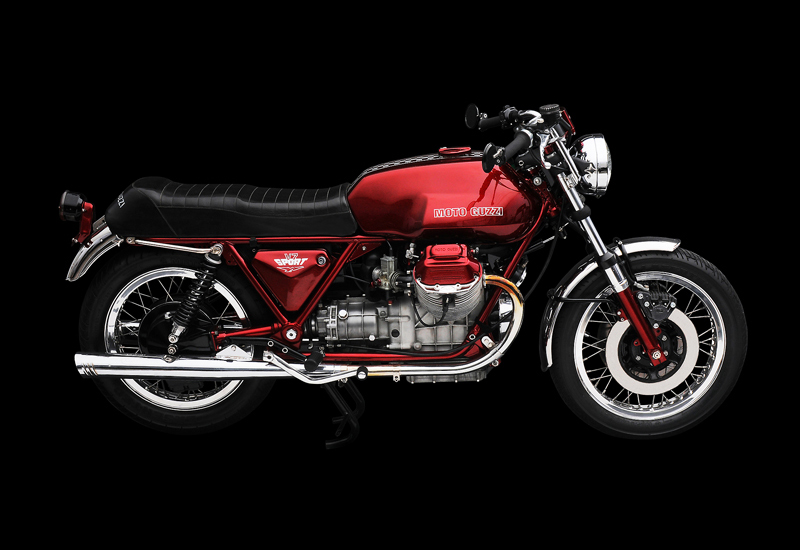 This sexy candy red Moto Guzzi V7 Sport was restored and classically modified by Rick Manning and his crew at Combined Design. Built in limited quantities from 1972-1974, the V7 Sport was a ground breaking motorcycle, a factory café and one of the most famous Guzzi’s ever made. As one of only 3,500 or so production V7 Sports made, Rick knew he had a very special machine and decided to treat it that way. Of course he added some custom touches including the spectacular House of Kolor candy apple red paint laid down by Craig Ellis at Paintworks. Although the exhaust is period correct, as is the dual-disc front end, a factory kit installed by the original owner after Guzzi made it available in 1974. Overall the bike is absolutely stunning and we are green with envy, or should I say we are seeing red? For more from Combined Design check out their previous Guzzi project called Li’l Red. [Via Motorcycle Classics]