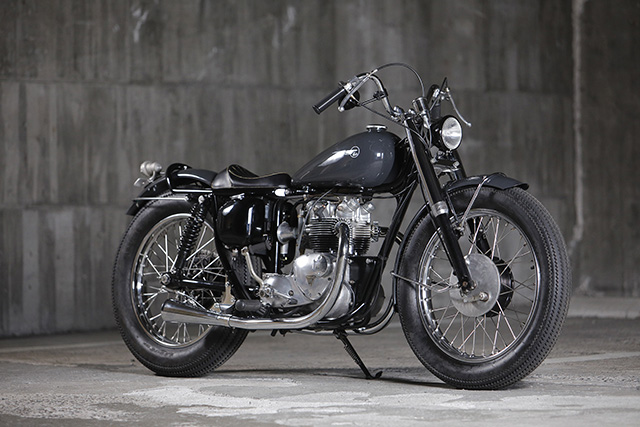 On the port of Hiroshima, in a nondescript two-story building with rust marks staining the roller doors, you’ll find the headquarters of Heiwa Motorcycles. Here amongst the crowded chaos of vintage motorcycles and associated parts you’ll find the team building some of Japan’s best classic customs. For fortunate Western Australian Tony Wong, a friendship with the company’s head honcho, Kengo Kimura, has resulted in a brilliant road going revival called ‘Chilli Mussel’. From the bare bones of a 1963 Triumph T100SS comes this gorgeous classic that’s full of subtle flavours. 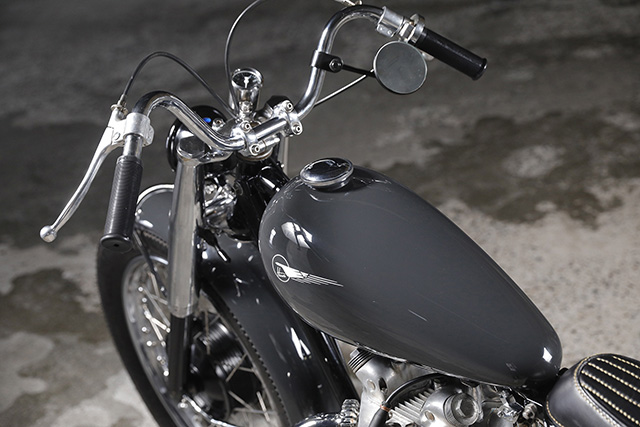 “I’ve always loved the Heiwa Motorcycle builds and style and became friends with Kengo when we met at the 2015 Mooneyes Yokohama Hot Rod Custom Show. We’ve become really good friends since then and have met up at the Yokohama Show every year since,” Tony tells us. “I help organise the motorcycles for the annual WA Hot Rod and Street Machine Spectacular. Last year was the first time in its 22 year history that we had motorcycles represented in a more prominent way, so we brought Kengo over with his show winning ‘Master Peace’.”

Throughout their friendship, Tony has visited Heiwa HQ a number of times, and the pair have discussed a custom that Kengo could build his friend and ship back to Australia. Sitting down one day the builder extraordinaire told Tony about the ’63 T100 that he picked up on a trip to the USA and said it was perfect for him. How could you say no to a legend? And the build was commenced with the trust so great between the two that no real brief or instructions were required. 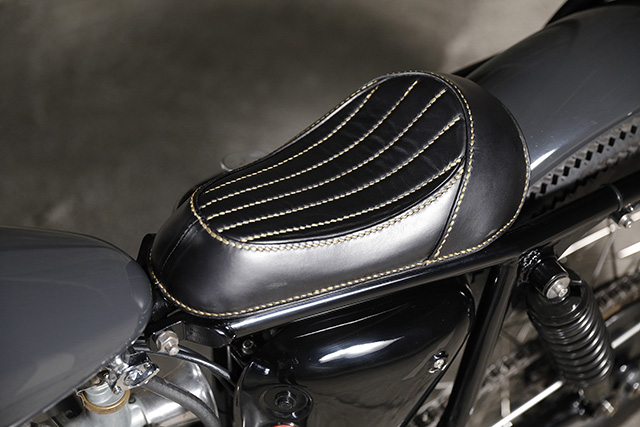 But there was one aspect that would differentiate the process from any other bike that Kengo has built to date: Tony wanted to ensure that the Triumph would be fully road legal in his home state of Western Australia. And with some help from the authorities, he was able to give the Heiwa team a list of must-haves to ensure it had all the usual show winning quality, with the ability to hit the streets without a worry from Mr Plod. 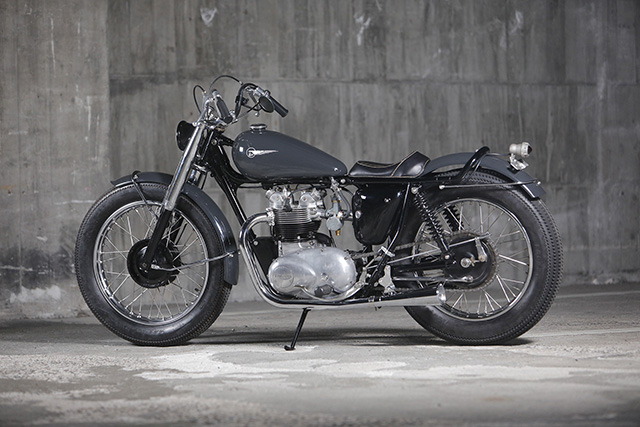 Like all Heiwa builds, the T100 has been stripped down to its last nut and bolt and follows the familiar path of part restoration, part customisation. The frame is perfectly cleaned up and, with a new coat of black paint, looks better than the day it left the factory. While the front forks have been fully rebuilt, they also get a drop in height by a considerable 70mm that gives the build a flatter look. More modern progressive coil shocks at the rear make for a drastically improved ride. 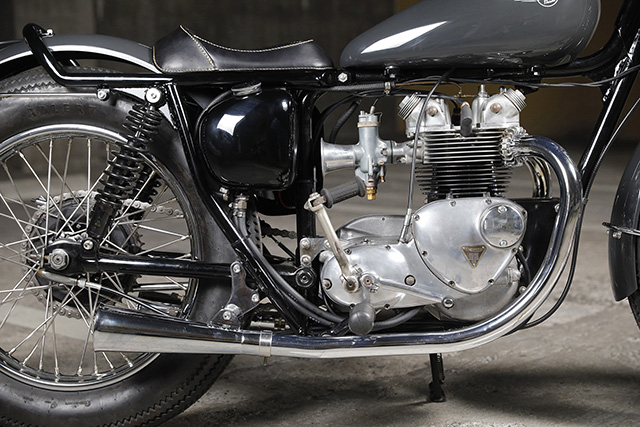 To turn the bike into a roller, the hubs have been renewed front and rear, and with the classic cable-operated drum brake it’s all nostalgia with a mechanical charm. A new set of rims, 19″ front and 18″ in the rear, are wrapped up in Kengo’s choice of Adlert Classics in 4.00 and 4.50 respectively. With the unusual step of a Heiwa bike wearing a full-length custom front fender, one of Tony’s friends was worried: “Oh no, he’s forgotten to remove the front guard!” 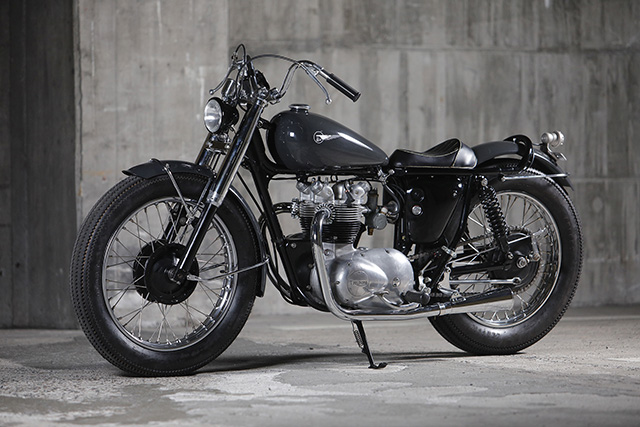 But his fears were quickly allayed as he explained that this was part of making the bike both street legal and a truly unique piece just for Tony. The rear fender is another custom piece, but the true genius is laid bare with the stunning one-off fuel tank, subtle in style and yet somehow clearly communicating the distinctive Heiwa lines. The seat, with the perfect pick of rich leather and bold stitching, too highlights the sagacious selections of Kimura-san. 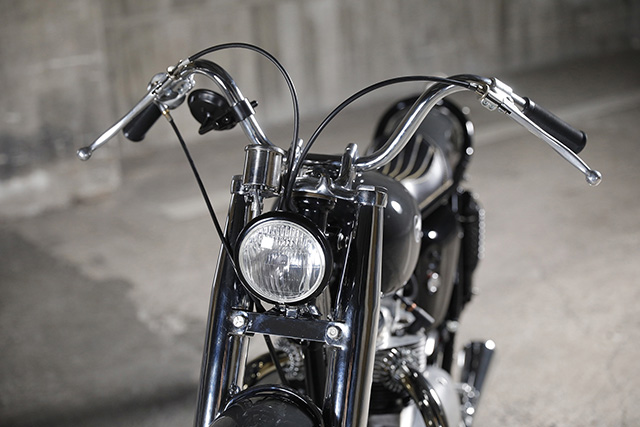 The Triumph twin has been pulled down and purrs, with Heiwa treating it to a thorough going-over so Tony could have miles of trouble-free fun. The era’s own Amal carb sucks in the air via a stunning hand-turned velocity stack that is only overpowered by the exhaust, a fitting combination of sweeping header pipes flowing backward to a barking mad megaphone muffler, while the soft lines of a ’50s oil tank provide another vintage touch to the classic mechanical package. 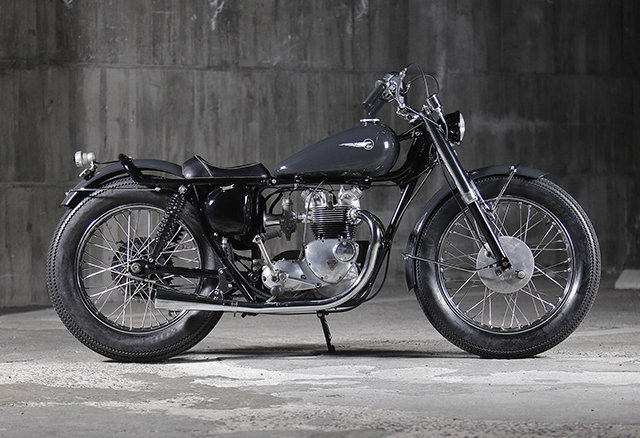 To give the bike its bobber touch, the raised bars get the result without being needlessly overpowering. With a small Bates headlight and Heiwa’s own custom tail light unit finishing out the bolt-ons before Six Shooter laid down the flawless paint, Tony couldn’t be happier: “I love my Heiwa bike because to some it may look like a stock restoration; to others they will see the subtle customisations.” But he is still yet to caress her lines, with the ship carrying Chilli Mussel now halfway between Singapore and Australia. Tony is understandably like a kid before Christmas. 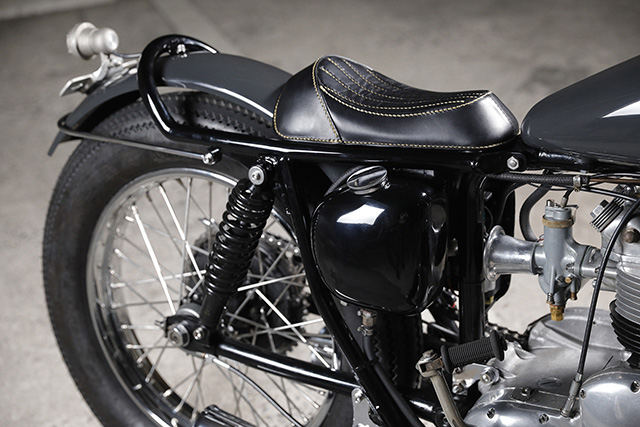 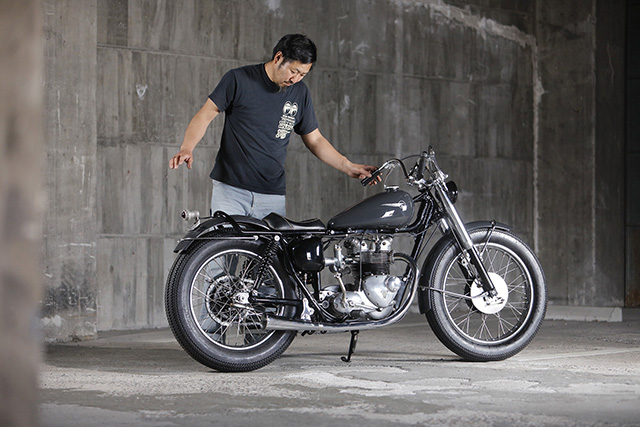