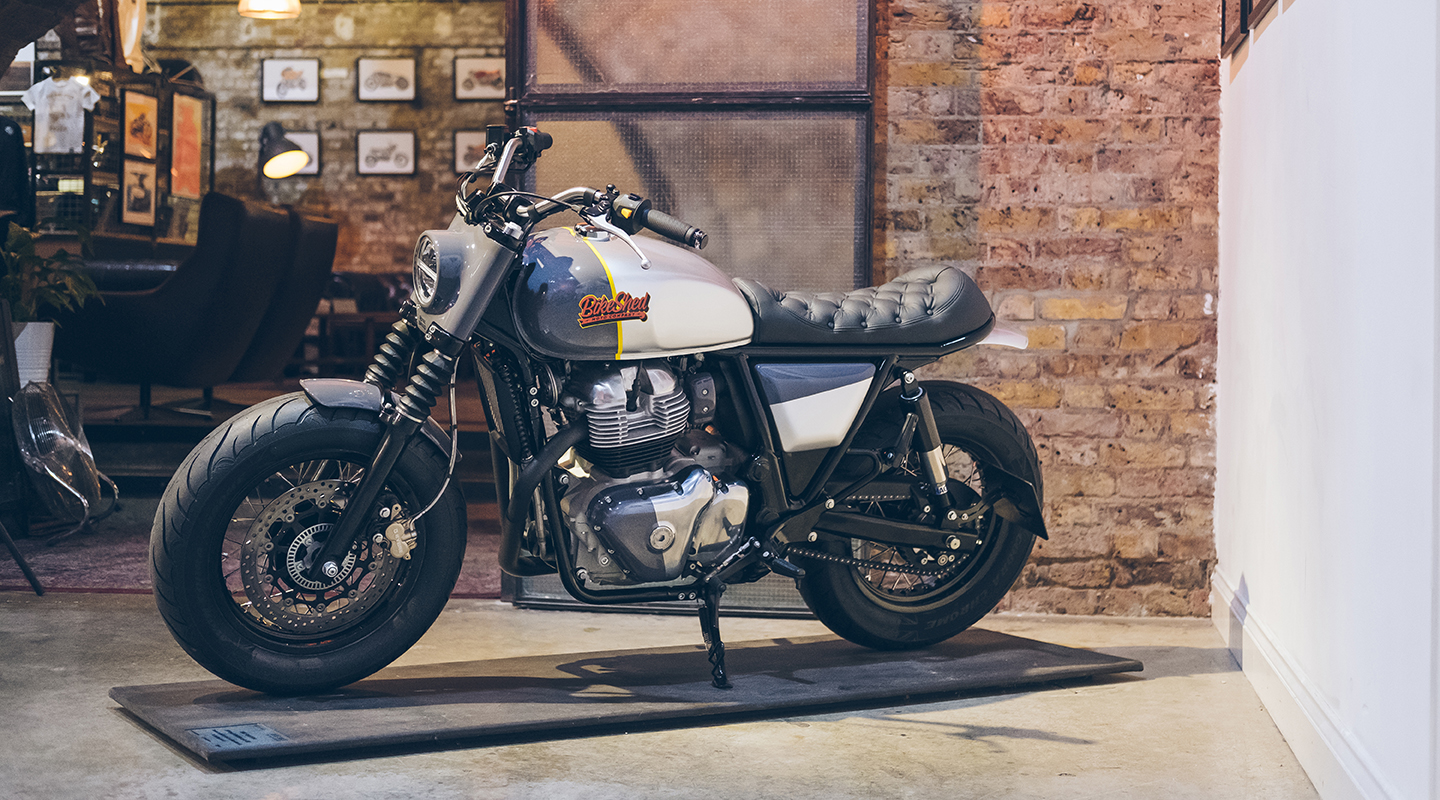 When COVID-19 first hit, much of the two-wheeled industry came to an abrupt halt, along with pretty much every other sector. Annual meet-ups, customs shows, press launches, and other events in the space were pushed back if not outright canceled. It was a scary and uncertain time for many of us. With no end anywhere on the immediate horizon, however, a growing number of outfits are learning to adapt to the new norm.

For The Bike Shed Motorcycle Club, operating amidst a global pandemic has required the less-than-decade-old brand to roll with the punches, pivoting and adapting to the ever-changing landscape that’s comprised the lion’s share of 2020. On top of organizing a massive volunteer community response team to perform wellness checks and help deliver PPE, test kits, and medical supplies, the BSMC has also been spending the last few months figuring out how to continue its bespoke bike projects while in a lockdown.

Prior to the pandemic rearing its ugly head, the Bike Shed had developed an increasingly cozy relationship with Royal Enfield, which has been an outspoken supporter of the modern custom motorcycle scene. So, after the dust had settled following the initial outbreak and spike in cases, BSMC founder and CEO, Anthony “Dutch” Van Someren began kicking around some ideas with Royal Enfield, starting with a rough premise before a more concrete plan for a custom build took shape.

“I’d already had a few thoughts in my head when I first saw the upright riding position and pretty fuel tank on the 650 Interceptor, so we got our heads together with Adrian Sellers and Rahul Sinroja from the Royal Enfield Technical Center to come up with a collaborative design we could start building around. The overall idea was to create an urban Brat with some East London attitude,” Dutch relays.

Before a grinder was put to metal, a handful of designs were mocked up in Photoshop, giving the Enfield a distinctive character without overly compromising the donor’s visual DNA. Once the rendered design started taking shape, Dutch, Rahul, and Adrian weeded 40 concepts down to a dozen finalists, and then turned to the BSMC and RE communities on social media to help hone in on which design would be brought to fruition.

“Luckily our followers’ tastes matched our own, and after a few more posts and video-calls we agreed on the final format,” Dutch tells us.

Keeping in line with Anthony’s proclivity for fat tires and small wheels, the 650’s stock units were pulled in favor of a pair of blacked-out 16” Hagon-built rims with bare spokes laced to the bike’s factory hubs and shod in Avon Cobra Chrome rubber. From there, the team went on to bestow the donor with a set of shrouded Hagon rear shocks.

Next came the seat and subframe. After initially considering a thinner, scrambler-style saddle on a dead straight-railed subframe, Dutch and the gang settled on a classic upswept hooped unit before capping it off with a unique seat that gives a nod to the furniture at the Bike Shed’s London headquarters. “My taste in seat upholstery is usually either diamond-stitched or tuck’n’roll,” Dutch explains. “But Adrian suggested we match the Chesterfield sofas at the Bike Shed, complete with buttons.”

Just because the build wouldn’t be making a public debut at a show, didn’t stop the team from giving it a few “blingy elements.” So, the stock side-cover on the righthand-side was modified, now set on a hinge allowing the cover to drop down to reveal a whisky flask and funnel neatly stored in a bespoke leather holder.

The guys then turned their attention to redesigning the Enfield’s headlight. “I like Bates-style lights, but I also like the faired-in lights on street-going flat-trackers, and having the headlight integrated into fork shrouds, like those first seen on some of the JvB Moto builds. Adrian suggested combining this look with Halo LEDs, which would be matched at the back with a thin LED strip frenched into the rear sub-frame,” says Dutch.

Using the facilities and resources available at RE’s Technical and Design Center, the crew mocked up a design in CAD before 3D-printing it and having the item reinforced in fiberglass. An aftermarket Halo LED beam was popped into the new one-off housing, while out in back an LED strip was fit into the new subframe.

Despite being a decidedly simple and uncluttered arrangement, building out the bike’s new rider’s quarters required a lot of work. France’s BAAK Motocyclettes gifted the 650 a wide-swept-back set of tracker bars, set on the stock risers and outfitted with Biltwell grips, Motogadget bar-end LED indicators, and the bike’s original levers and switchgear. Where the ignition was once located now sits a Motogadget Motoscope Tiny Speedster (or “MST”) speedometer which now acts as the build’s only instrumentation. The parallel-twin is now fired up via one of German outfit’s keyless RFID systems. “Which is cool – so long as I don’t lose the fob,” Dutch jokes.

The exhaust would be another area to receive extensive consideration before the team would ultimately land on its final design. “We needed to work out whether to fit two-into-two single-sided shotgun, two-into-one or one either side, though the pipe we ended up going with is a modified S&S two-into-one race full system created for Royal Enfield’s flat track race bikes, Cerakoted in black and without the baffles. The new system adds 12% more horsepower and 7% more torque, too,” says Dutch.

With the majority of the heavy-lifting now in the rearview mirror, the guys went about sorting out the project’s final details. A set of fenders was ordered from BAAK, reshaped, and then tacked into place fore and aft. A partial engine cover now adorns the bottom end. An S-shaped bracket was fabbed up in-house, jetting up from the bottom of one of the rear shock mounts and accommodating a license plate. And, finally, the stock passenger pegs—which were initially removed–were brought back into the mix, this time being welded back on at an angle that Dutch says aims to compliment the kicked-up angle of the bespoke subframe and S&S exhaust.

The final touch would be laying down the build’s livery; a flat grey and metallic silver two-tone scheme separated by a yellow pinstripe and decorated with faux speed drips and BSMC branding. After putting numerous ideas out on social media, the build’s online audience ultimately voted to coat the modernized brat bike in the silver and gray paint digs.

Weighing nearly 45lbs (20kgs) less than the stock donor, the BSMC x Royal Enfield build managed to tick just about every box Dutch and the gang had hoped for. It’s a full-on show bike through and through, with a professional paint job and a factory level fit and finish throughout, though is still practical and utilitarian enough to lend itself to everything from daily riding duties to long-distance touring to two-up journeys. Even more impressive is the fact this project was largely organized and completed over dozens of remote Zoom and Skype calls, lacking much of the traditional in-person aspect.

“We built a really lovely bike, and after pricing up all the extras, I worked out that you could buy a brand new Royal Enfield Interceptor 650, and all the parts, for less than £10K ($12,500), and end up with a really good looking, practical custom bike,” Dutch states. “I genuinely hope we inspire a few copycats.”