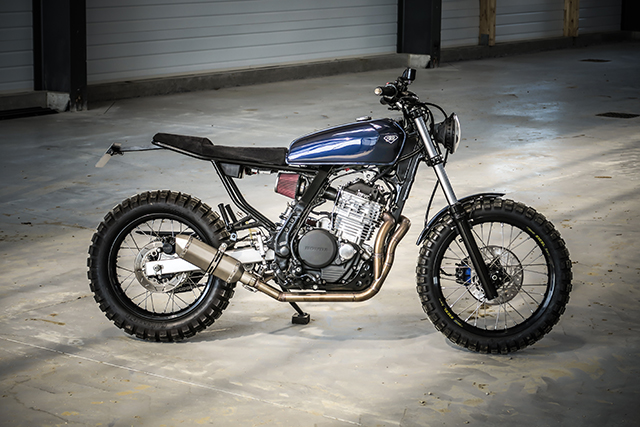 This is a story older than time. A common predicament many of us have been in. You buy a donor bike with all the right intentions to build one of the coolest motorcycles the world has ever seen. But the days pass by and then the months pass by until reality hits and you know you aren’t ever going to finish this build. Whether it’s a lack of time or a lack of ability, the bike sits in the garage waiting for some love and attention. This is exactly what happened when a customer approached French garage Forge to build them a Dominator. The 1989 NX650 had been sitting in pieces for a year and the owner knew he wasn’t going to get it done, so he called Forge. 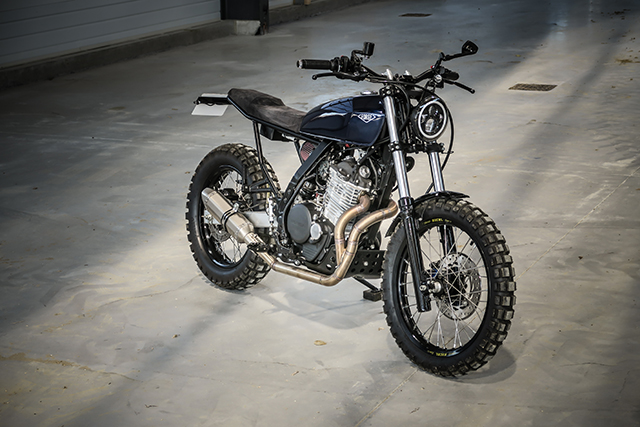 Forge Motorcycles are a Husband and wife team, Gwen and Jenny, who opened up a workshop 4 years ago near a French town called Nantes and have never looked back. After coming from the sports bike world they decided after losing their licences too many times that maybe older bikes were a smarter choice for them. Now they spend their days building complete ground up projects for all brands and any size. 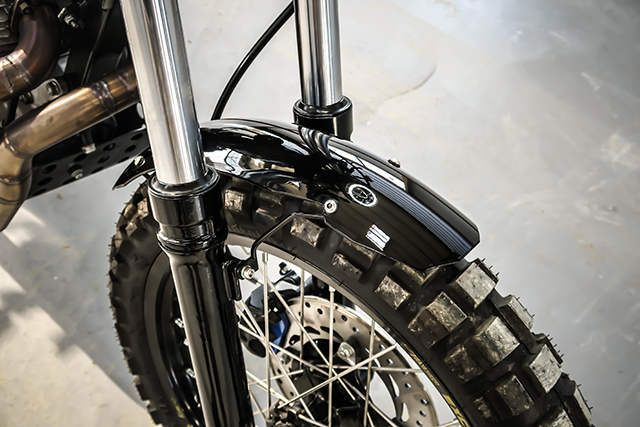 Thomas the client came to them with a bunch of references he liked, plus boxes of spare parts. “We started by proposing two different projects to him.” Gwen says. “The first was a compilation of everything he loves and the second was a unique creation by Forge”. His decision was fast and a chose the Forge creation. 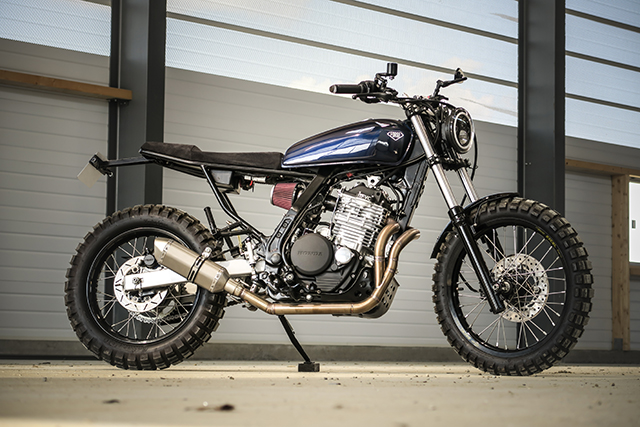 One thing Forge Motorcycles knew they didn’t want, was any round lines on the bike. The rear loop is formed by straighter looking lines, the curves of the tank have been redesigned and made more angular, the seat is a patchwork of triangles, and even the front fender curved angles have been squared off. 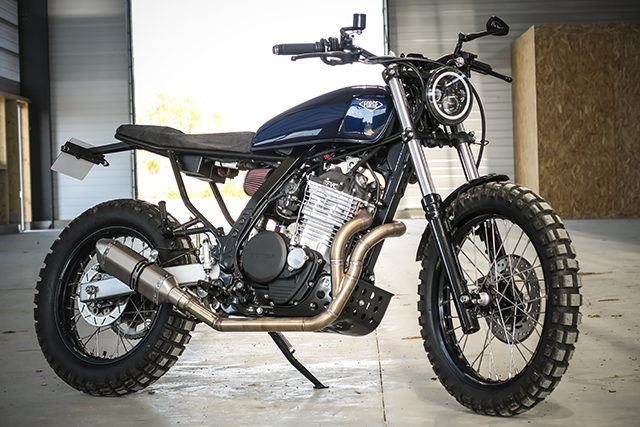 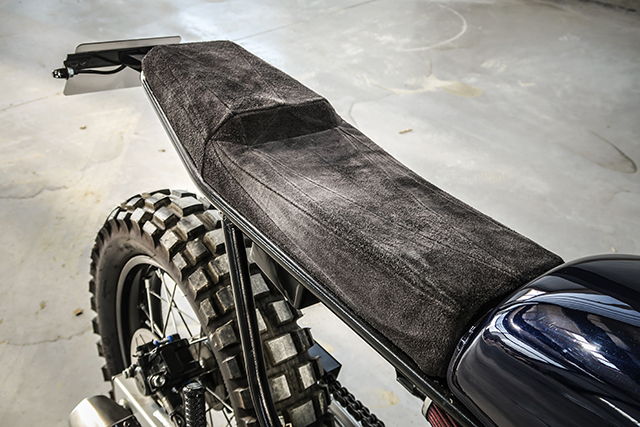 The seat was a surprise until the end for Thomas, he just wanted to make sure it was a tandem seat. It was also a surprise for the leather seat upholsterer who wondered if it was possible to achieve but ended up taking on the challenge – each triangle is a piece of leather stitched to three other triangles. 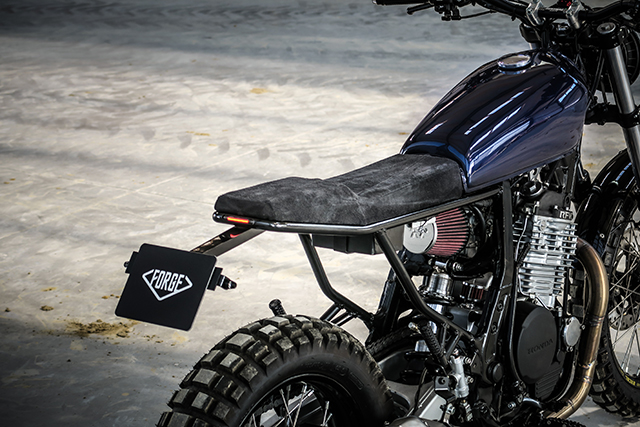 The only other requests by Thomas were the Continental TKC 80 ‘Twinduro’ tires and the Renthal handlebar the rest was up to Forge. They choose a headlight with its angel eye and lenses comes from a Jeep Wrangler. The turning signal bar ends and handles are from Motogadget, as well as the Motoscope mini counter. 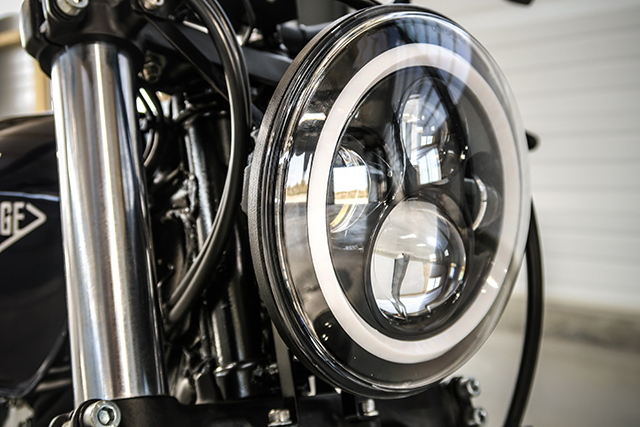 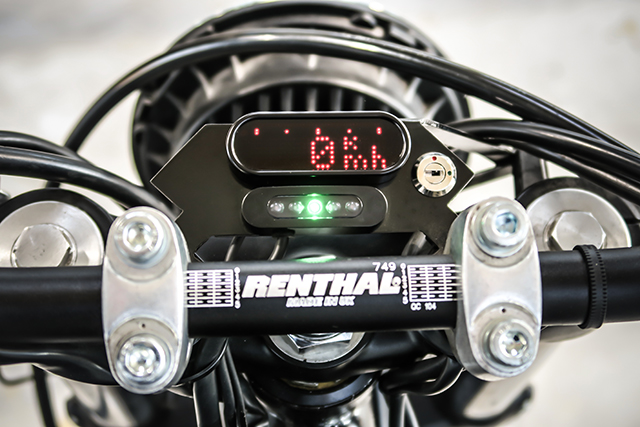 Lastly, and one of the biggest challenges Forge faced was hiding all the relays, cdi, fuse box, battery in the most discreet way possible. In the end they managed to hide the majority of the elements in a hollow between the tank and the seat, the rest was fixed under the seat. Yep, we think they turned this humble Dominator into a bike Thomas must be very proud of. The last words go to Thomas when the bike was first unveiled to him and he screamed “Comment vous dire… j’adore ca Dom!” – which pretty much translates to he friggin’ loved his new Dominator. 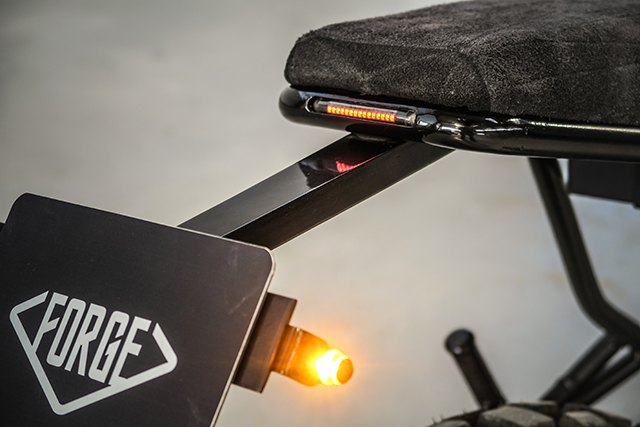 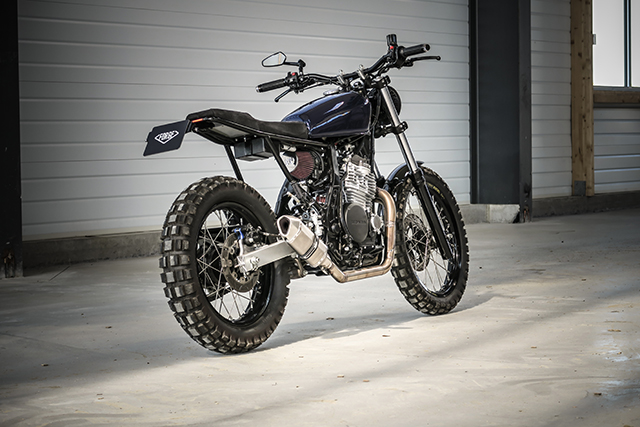