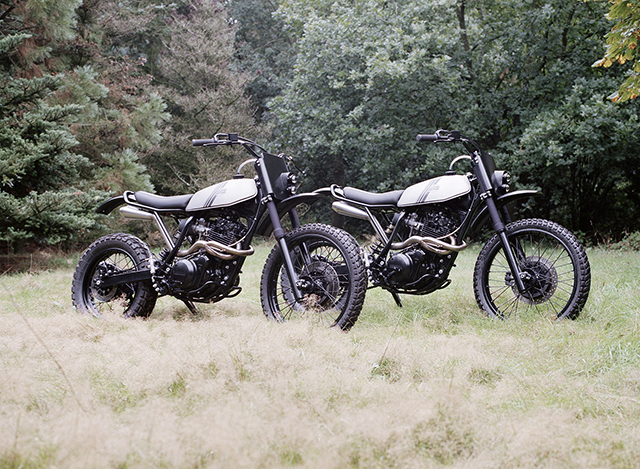 It’s long been said that travel broadens the mind and there is nothing like a trip to the Sahara desert to teach a great many lessons. It was there a few years ago amongst the enormous and unforgiving sand dunes that custom bike builder Boy Janssen found a new respect for the humble Yamaha XT. But back home in the Netherlands, he discovered they could be tuned to be just as good on the street and he’s been turning them out for clients ever since. Now the head honcho of Pancake Customs serves up a two-piece combo with matching Yamaha XT600e Desert Sleds that make the perfect pigeon pair. 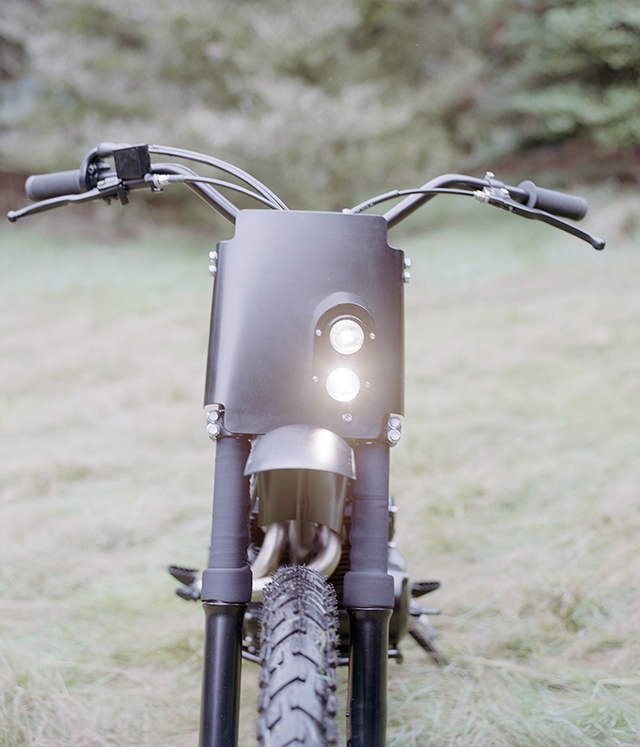 It was five years ago that Boy was in Africa with an XT, “I built it to bring along to the ‘Morocco Desert Challenge’, where we participated in the car class. I brought the XT to have some fun while we weren’t wrenching or racing,” he explains. Having proven its ability in the harsh North African conditions, Boy was keen to build an XT for the Dutch streets that didn’t compromise on the bikes ability to perform in the sand. It was an instant success and ever since he’s been commissioned to turn a bunch of Yamaha’s big singles into customs for clients. 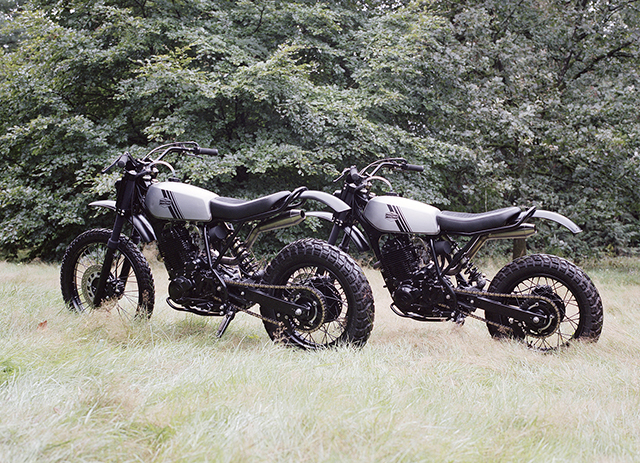 Having moved his workshop from the hustle and bustle of Amsterdam to the small town of Rheden, Boy had more room than he knew what to do with and it gave him an idea. “I wanted to build 2 similar bikes for some time, because 2 similar custom bikes look great next to each other and because I wanted to see if this would cut down on the build time.” Not being commissioned builds would also allow him more creative freedom and the search was on for two late0-model XT600e’s, the ones with electric start. With the bikes found they went up on neighbouring lifts and the first task was to pull off the copious amounts of plastic, lights and other accessories that are thrown on scattergun style to a modern motorcycle. With the rear fender off the subframe is huge, so Boy has fashioned a pair of slimmed-down versions with a slight upkick and fender mount, simple. Welded to the frame for a clean look the new chassis, swingarm and a host of other parts were sent out for powder coat. 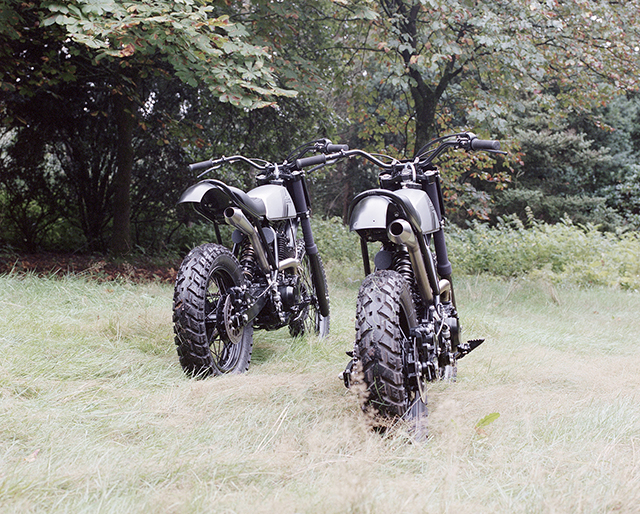 In the meantime, the hunt was on for the fuel tanks, with Boy keen to use a pair taken from the Yamaha DT175, although “it was hard to find a couple that weren’t totally dented.” The two he did find still needed work and were shaped, smoothed and stretched to fit over the XT frame before being sprayed with a neat graphic and covered in a semi-gloss clear coat. Having ripped up the sands of the Sahara, Boy knew a real desert sled requires fenders. 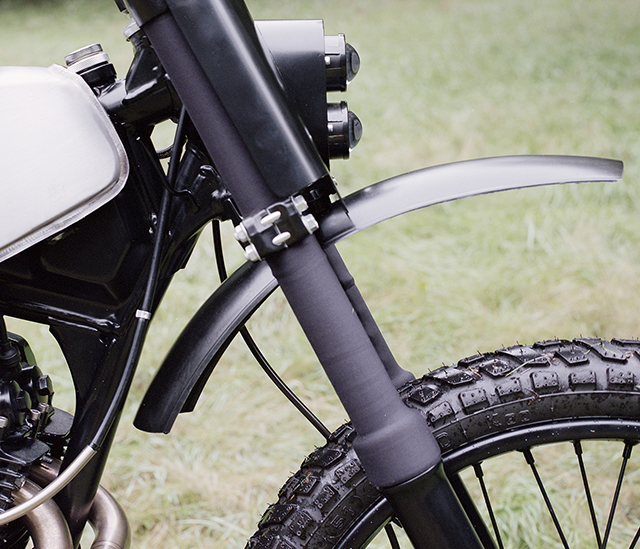 Front and rear are both classic rolled items, with the unit out back hung from the subframe like an old Brit scrambler and the front end piece mounted high on the lower yoke. Above Boy then fashioned a cowling in the look of a number board that neatly houses the offset low and high beam lights for the perfect mix of form and function. While the seat is a generously padded leather unit on both bikes, stitched up by Silver Machine, with a tiny tail light deemed fit for the task. 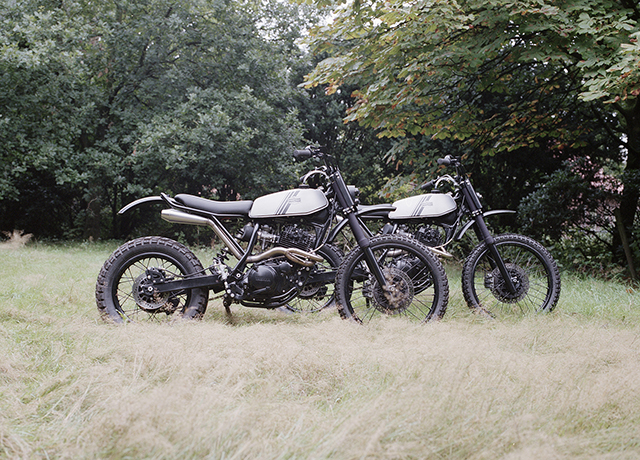 Powering the pair is Yamaha’s big 595cc single, with decades of development and a 4 valve head it has tractable power at any throttle position, no matter the gear. To ensure smooth running both engines were torn down and tidied up, before receiving a new set of gaskets and a lick of paint. Boy then fabbed up a pair of stainless steel exhaust systems that spit out of reverse cone mufflers. While the carbs have been rebuilt and jetted to suit the new filter and high flow exhaust combos. 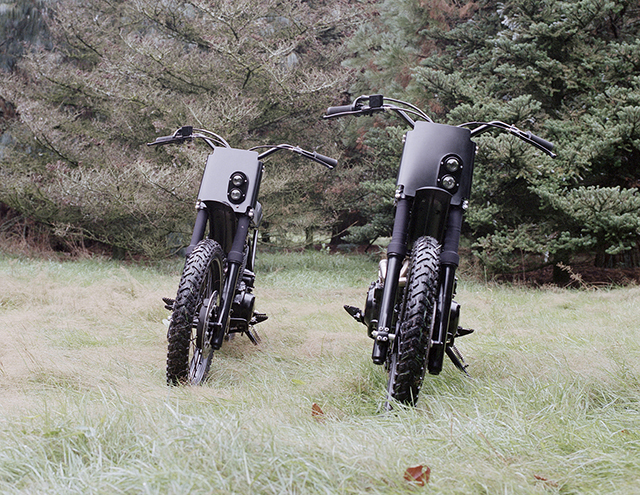 With the engine back in the frame, an entirely new wiring loom has been run to keep things tidy, featuring “an RFID ignition lock, and 2 smart pushbuttons that control all the functions.” With the new wide bars featuring only the bare essentials for a utilitarian look and feel. Suspension and brakes have been brought back to factory specs and to finish the builds off, two sets of K60 tires were chosen for their do it all abilities. 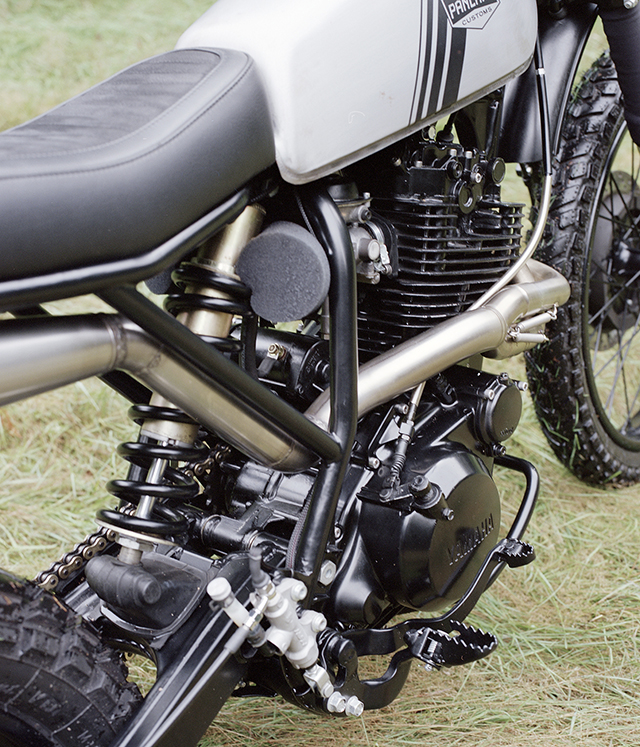 The formula is a no-frills approach to crafting customs that are proven in the harshest of climates but still have the look to kick it at the local cafe. So if this sounds like you, give Pancake Customs a call as this pair of desert sleds is up for grabs for the rider who wants to tackle any terrain. 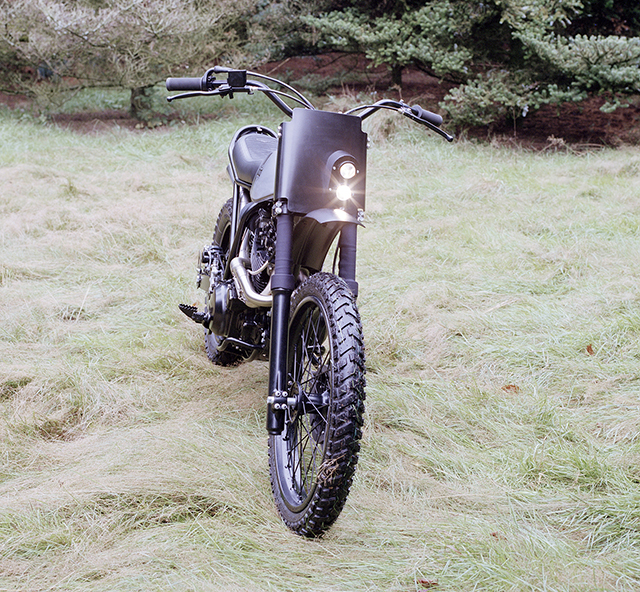 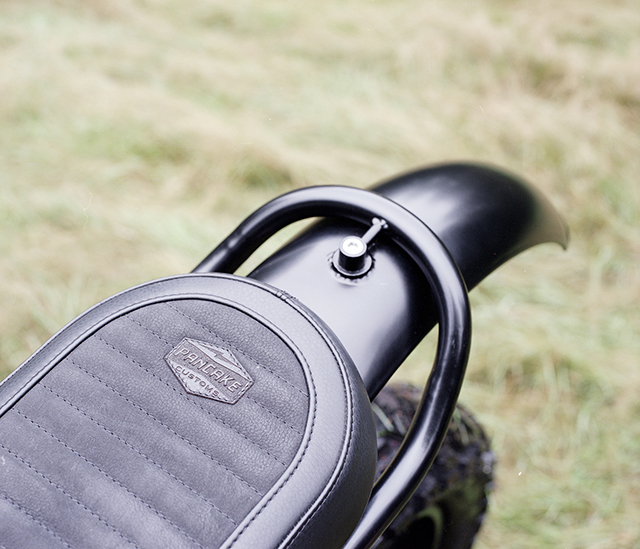 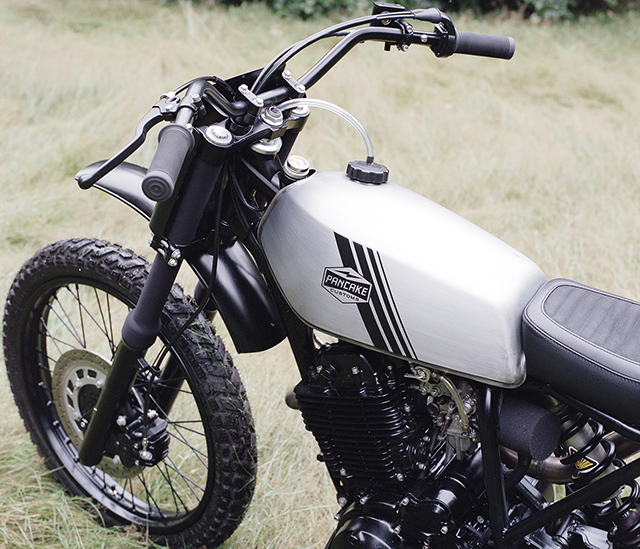 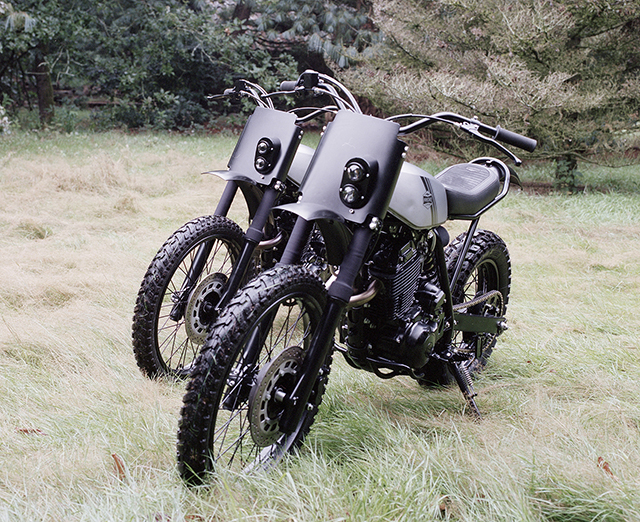