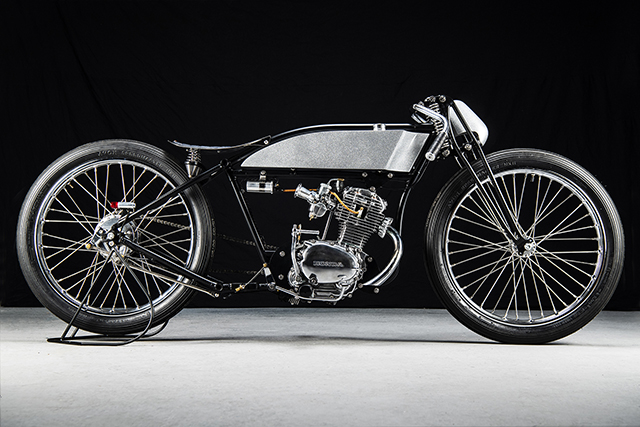 Over the years we’ve noticed a common trend here at Pipeburn; some of the best workshops around the globe, large and small, have their origins in friendships formed over a love of motorcycles. Australia’s Sabotage Motorcycles is one such story, it began in the car park of a hardware store when two men met on their ’70s Honda’s and have gone on to produce some show stopping custom rides. Now they’re back with a truly unique creation, artistically formed by the pairs talented hands and lucid imaginations. It’s a 1926 Douglas EW with power from a little engine by the big H, to deliver one beautiful board tracker. 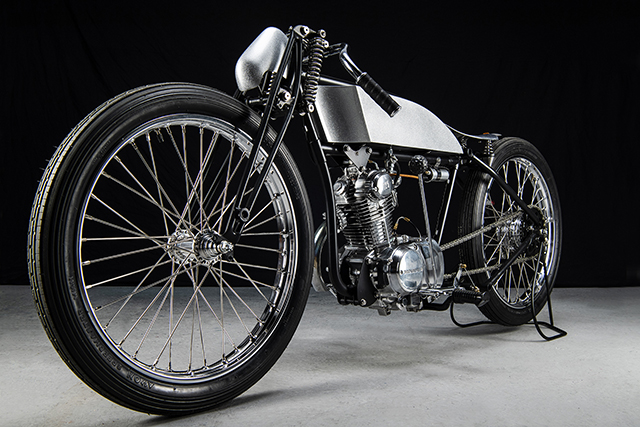 If you don’t know the Douglas name, don’t worry, they sadly closed their doors more than sixty years ago. But over a 50 year stretch beginning in 1907 the British company was one of the most innovative motorcycle manufacturers of their time. Indian, Harley and others copied their creations to produce their own lightweight machines, Douglas was the first to focus on a low centre of gravity for handling and were running a flat twin in the first decade of the 20th century. 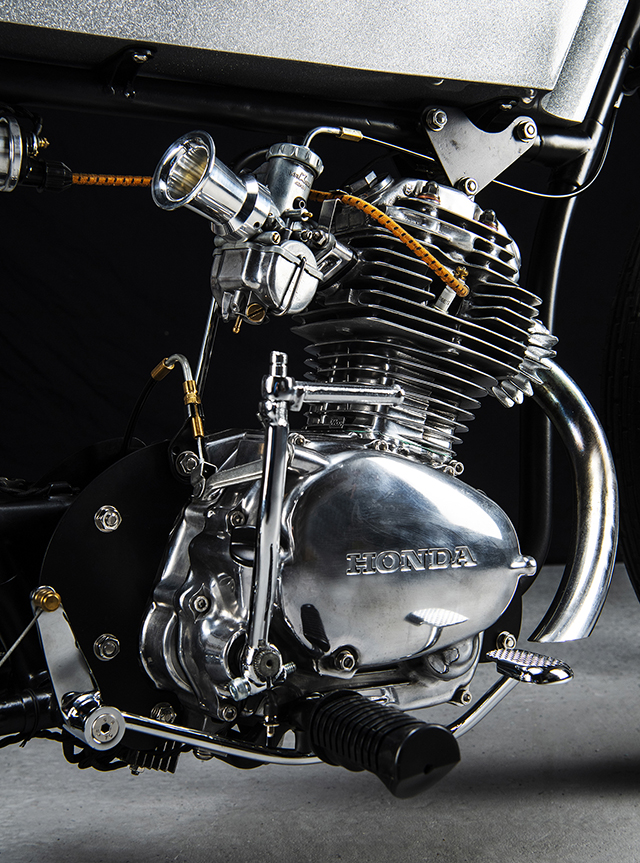 The men behind Sabotage, Andy and Giles, would begin to uncover more of the rich Douglas history during the build, but it all started with a late night eBay parts search. “We stumbled across a guy in Adelaide selling a bare frame of a 1926 Douglas EW350. Just the frame, nothing else. But what we loved about it was the shape. It had the classic ‘in-frame tank’ shape [as opposed to the tank sitting on top of the frame]. The frame resonated well with Giles as Douglas is British, as is he, and also his father’s name is Douglas. It was fate!” 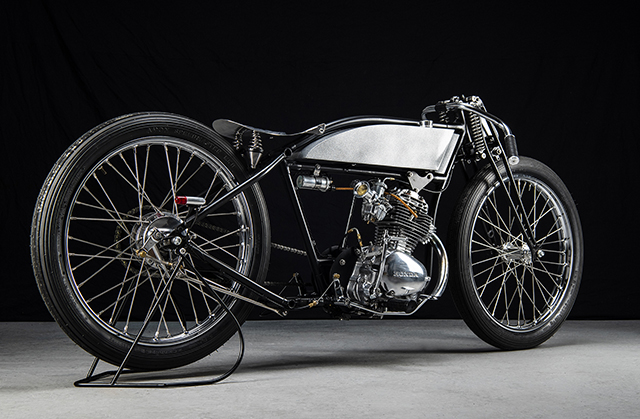 So they had to have it. But they also discovered the seller had another Douglas frame, this one a 1936 with a glorious girder fork and of course they bought that too. Over the next few years they collected a part here and a part there as they built other bikes like they’re incredible Yamaha RD125. That bike competed in the 2018 Machine Show and when organiser Matt put the call out for bikes for the 2019 event, the two Douglas frames drew the boys immediate attention. 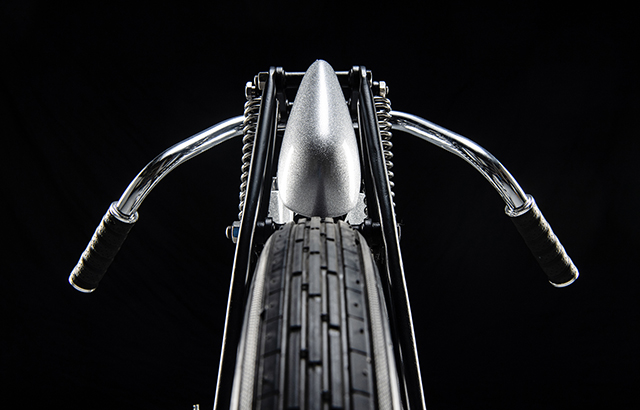 If building the RD for the show was a challenge, starting with a bare century old frame was taking stress and hard work to the next level. But that’s when Andy and Giles do their best work and wanting to build a Boardy their other loves proved a vital inspiration. “We’re big fans of vintage Honda’s, so this is perhaps the board track racer that Soichiro might have been racing, if he was around in America in the early 1910s!” With a Douglas engine near impossible to source, a Honda CB125 was purchased complete with spares. 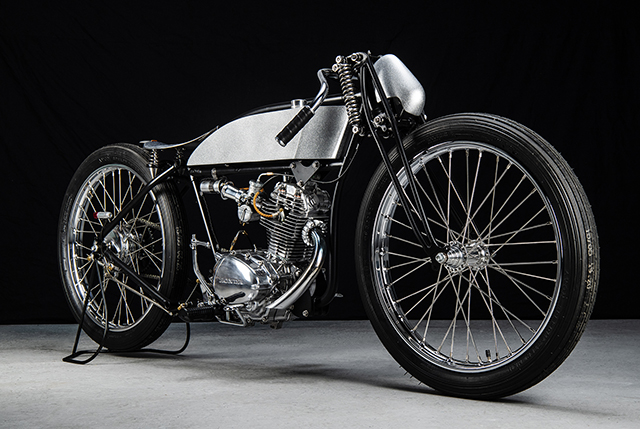 The single hoop CB frame was surprisingly similar to that of the 1926 Douglas, but try as they might there would be no way to fit the engine without cutting the frame. But cleverly they managed to only remove a small section at the bottom and then made new mounting brackets and the motor was securely attached. It might be ‘just’ a Honda single, but hours of elbow grease and clever thinking has it looking a treat. From the snarling low cut pipe, to the bespoke bellmouth and vintage plug lead it now looks like it was always meant to be. 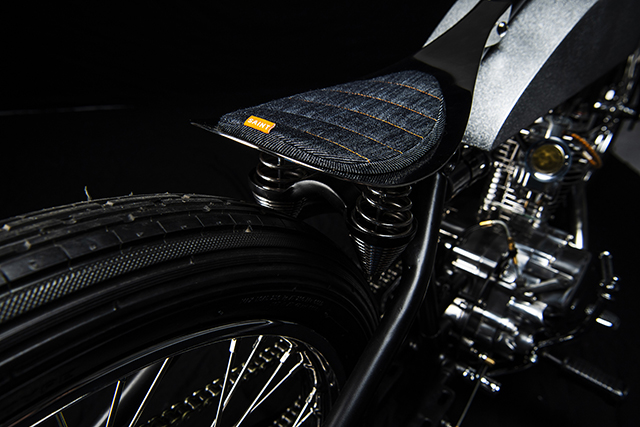 To turn the bike into a roller that gorgeous girder front end was given a full makeover before being bolted up to the frame. A process that required slight adjustment to the steering stem, and fabrication of a new top piece from scratch but that mix of black, chrome and magnificent mechanical moving parts makes it more than worth the time and effort. 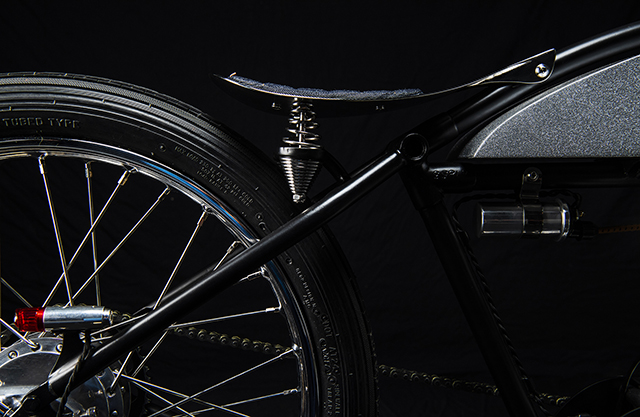 The handlebars were collected along the way and then cut and reshaped before receiving their leather wrap grips and machined bar ends. A set of 21in rims had been sourced early and look a treat wrapped in Avon historic rubber, but while the front was an easy fit, the rear posed a challenge! 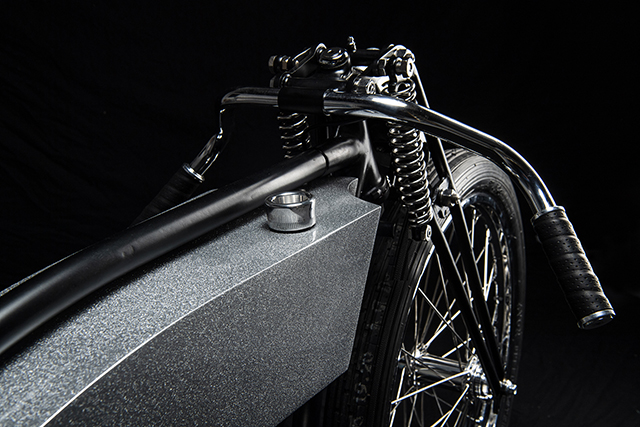 “A lot of time was spent on the rear wheel. It’s a Honda C90 hub with a CT110 brake plate, but we had to work out all the spacing and get the sprocket lined up. A new brake stay was made, chain tension adjusters, and hub spacers.” To keep things clean the bars were left lever free, with an internal throttle adapted to fit. So controlling gear and brake operation is left largely to the feet, with a twin cable system and a hell of a lot of clever thinking. More machine time and the boys had the suicide shift working perfectly, topped with a VW GTI knob, Giles owned three and Andy’s German! 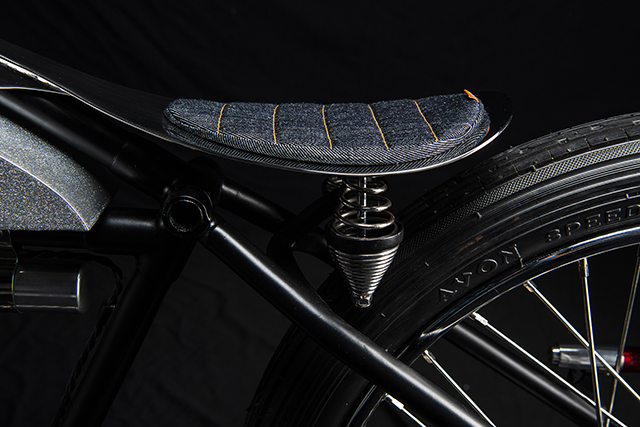 The bodywork is minimal, but brilliantly built; the tank is a hand-formed, in-frame unit, shaped just like they did a century ago. While the stylish front cowl and old bicycle seat wrapped in Saint denim adds a little glamour to the Brit. In their day Douglas was successful at building TT and Dirt Track winning machines and now Sabotage Motocycles allows us to imagine them on the timber boards. The flake paint is one of the only things not tackled in house, but ensures that the punters will be drawn in to truly admire the incredible detail Andy and Giles have crafted into the entire bike. And you can check it all out, with the Douglas set to be on display at the mega motorcycle party known as Throttle Roll 2019 in Sydney, 18th May. 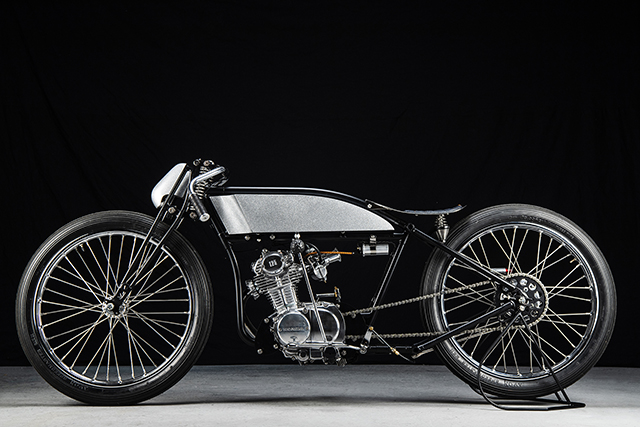