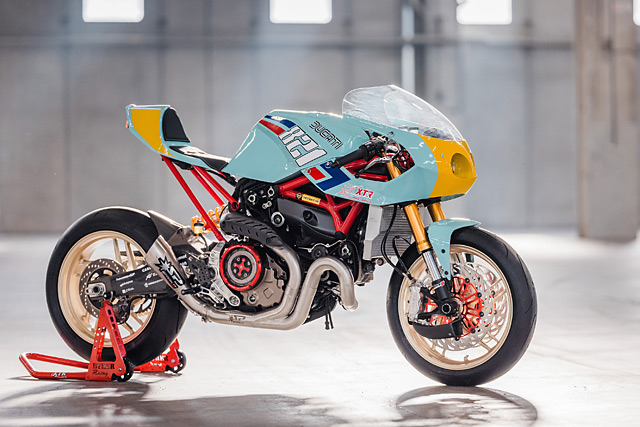 In only a short few years Spain’s XTR Pepo have produced the best racer-inspired customs in the world. Every time one of their builds smashes into our inbox we drop what we’re doing, drop our trousers and get ready for some serious Italian eye candy. This time was no exception, with the unveiling of their 2016 Ducati Monster dubbed ‘Pantah’. 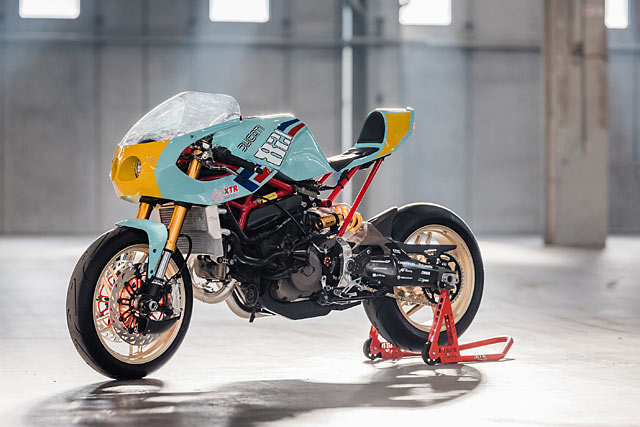 Head of XTR Pepo, Pepo Rosell, hasn’t arrived at the acme of the Italian bike custom scene by accident. He slogged away for years with a Ducati importer before striking out on his own, crafting high-end Ducati builds for both race and road use. He fronted ‘Radical Ducati’ for 14 long years before switching things up and starting XTR Pepo – a rolling masterclass of Ducati custom bikes. 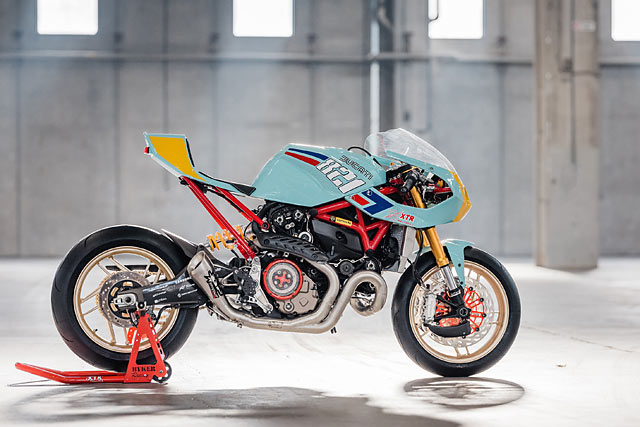 The ‘Pantah’ started it’s life as an unspectacular 2016 Monster 821, purchased for a song from a Barcelona local. And on the drive home, Pepo already knew what he wanted to build. “I was going to make a tribute to the original Ducati Pantah launch in 1978,” Pepo says, “There’s a lot of Ducati lovers that would love to have a bike with modern technology but dressed as an old and classic race bike. And they’re really the DNA of the brand”.

And sure, the Monster has some sort of race-bred DNA deep inside, but it’s still a hell of a leap from a naked street bike to an endurance-racer inspired build. But life, uh, finds a way. Sure, there’d be a mountain of scratch-built bodywork in the conversion. But it would be worth it, especially with Pepo planning on developing it as a bolt-on kit. That’s right, kids. You – the unworthy frothing masses – can purchase this bodywork for your own Monster. 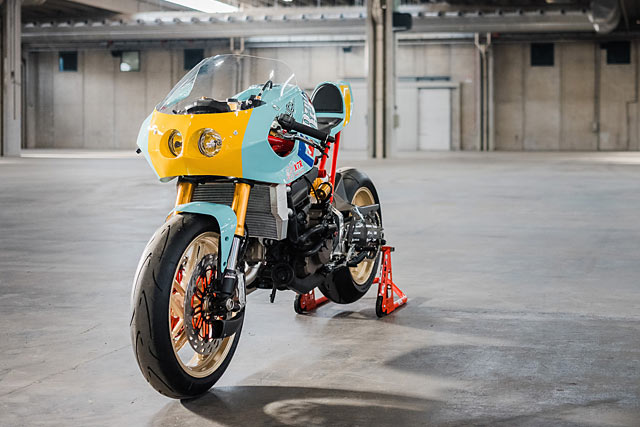 [superquote]“The result, rendered in fibreglass and a triumph of proportion, is nothing short of bloody incredible.”[/superquote]

First up, Pepo made up a set of bolt-on brackets mount to while the design and modelling itself went to an Italian genius by the name of Alberto Caimi. The result, rendered in fibreglass and a triumph of proportion, is nothing short of bloody incredible.

But if all the ‘Pantah’ offered us, dear reader, was the jaw-dropping lines of the new bodywork we’d be impressed. But there’s a lot more happening here. A hell of a lot. There’s the straight forward stuff – the DNA air filters, Ohlins shocks, Andreani fork internals and Spark exhaust system – but there’s a whole host of in-house custom goodies that really make the ‘Pantah’ pop. 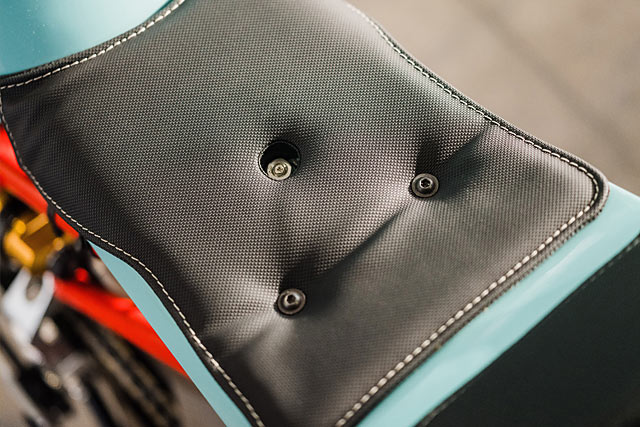 The slimline front mudguard is produced by XTR, as well as the mounting brackets. The clip-ons were designed in-house, the fuel tank, the levers, windshield, lighting, seat and even the subframe. And the best thing? Everything is bolt on. 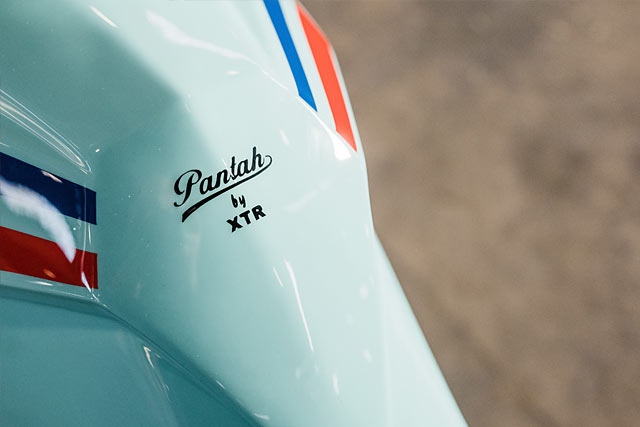 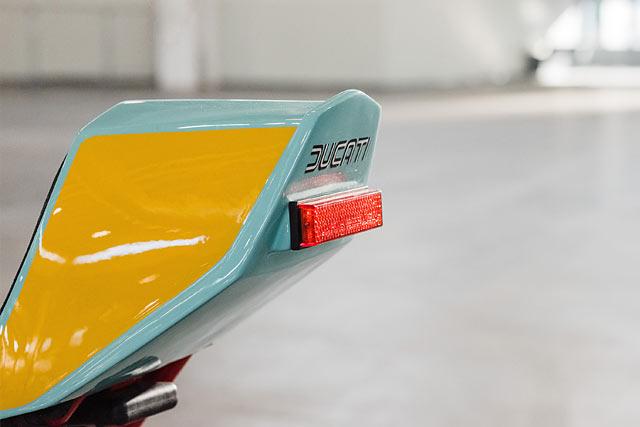 But the real beauty is in XTR’s carefully-considered bodywork, of which Pepo is rightfully proud. “The design, I think, is simply superb,” he says. “It’s racy and strong but still manages to be elegant”. And the best thing? If you’ve got a 821 or 1200 Monster you can head to XTR’s website, lay down your hard-earned and be well on your way to building something as awe-inspiring as this. 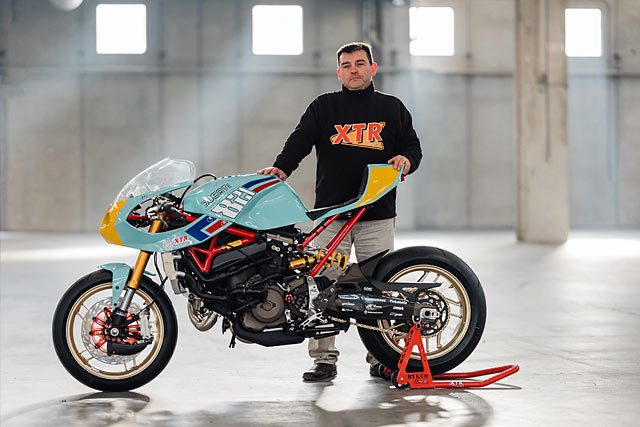