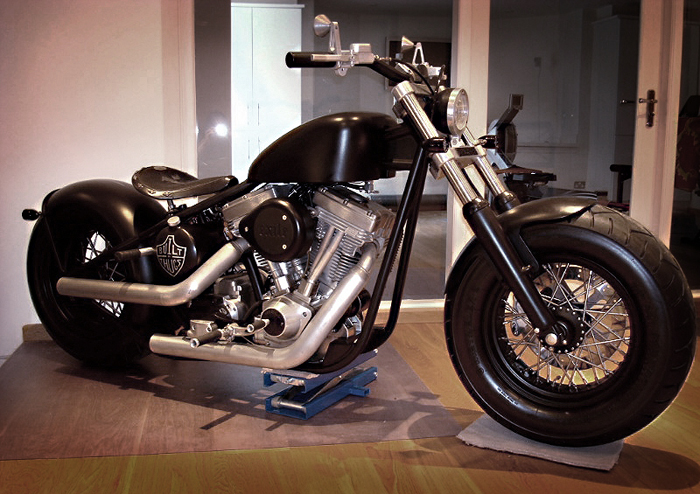 Not everyone has an Exile Cycles custom sitting in their living room (I usually keep mine in the bedroom). This bike was sent to us by Matthew from Britian, it was originally built for the tv show ‘Build or Bust’ back in 2004 and Matt had it shipped to his home in the U.K. Because it was built for the show it obviously looked amazing but was a little impractical. So he had the bike reworked to get it through the UK regulations. The photos below show the bike as it was just after the show, looking clean, lean and mean. It had both twist grip accelerator and clutch, plus both front and rear brakes were controlled by the one foot control. Matt also had issues with the clip-ons restricting his turning circle so had them replaced with some more practical bars. A few of the other specs include a S&S 124 cu engine ISR hand controls, Performance Machine foot controls mid mounted (unusual for an Exile) and a hydraulic seat spring. The bike is currently up for sale and if you are interested send me an email and I can get you in contact with Matt.