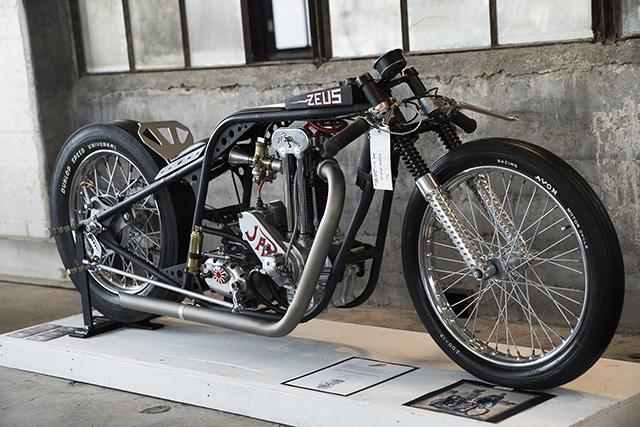 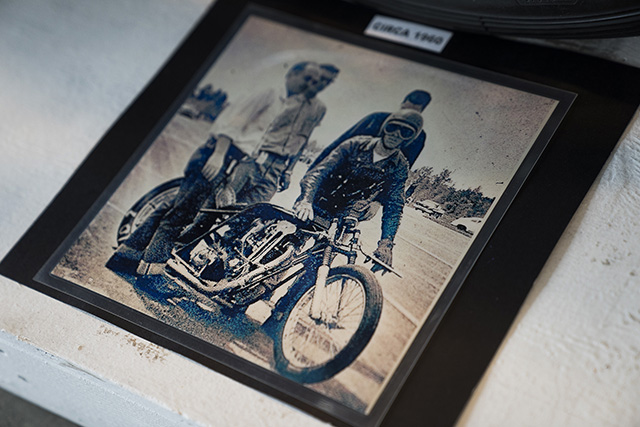 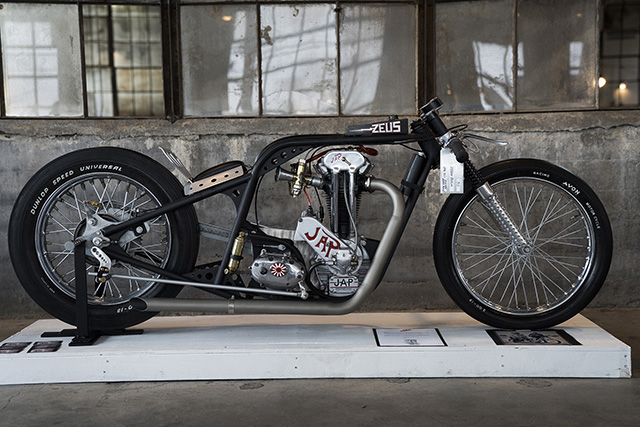 After doing some research using some priceless vintage photographs of the bike, Kevin was able to work out the engine that it was originally running. “The original engine was a 1953 500cc JAP (John Alfred Prestwich) type 6 engine mounted into a mid-1950’s BSA frame that they cut and stretched and made into a hardtail along with a cut down BSA front end to get the bike low to the ground.” 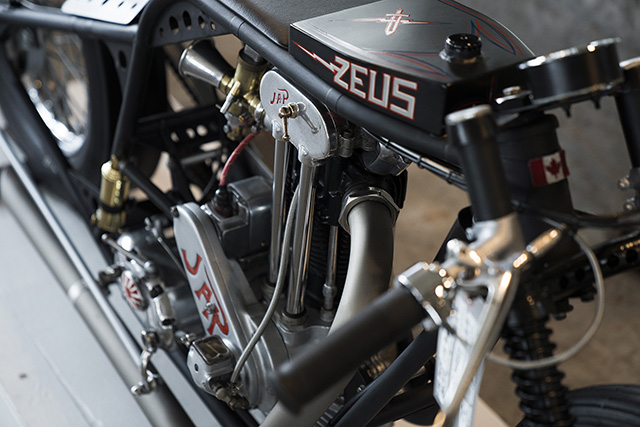 Unfortunately, the original engine with the large alloy barrel were very rare, so had a hefty price tag when he discovered one for sale. He was lucky to discover a 500cc type 4B from the UK which looked and performed very similar to the original engine. “I bought it a few years back off an old timer who had it sitting around and had ran it in a speedway bike back in the day.” 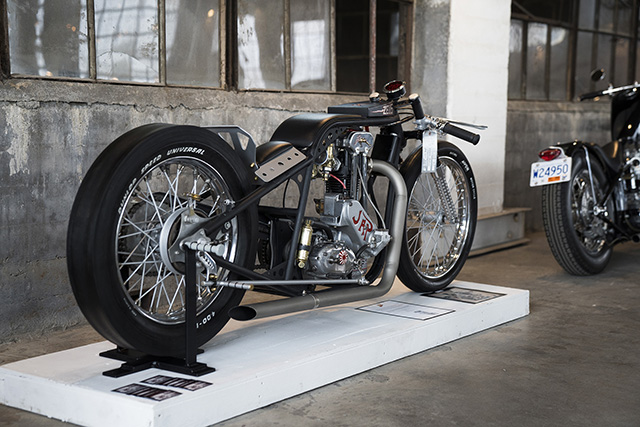 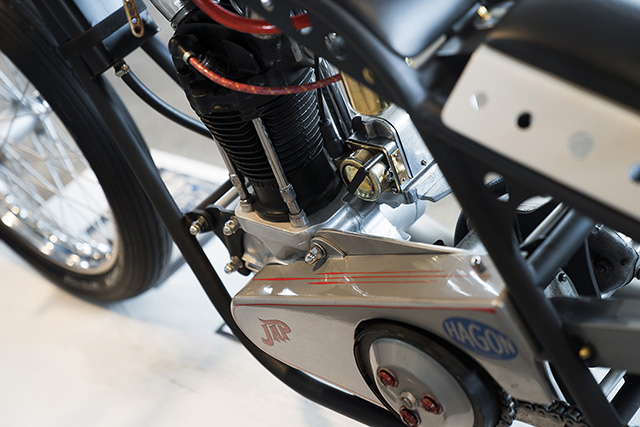 The original BSA front end was in parts when he first started the build. “The front end had been cut down to get the front much lower to the ground. They also drilled the holes into the fork tubes just deep enough that they wouldn’t drill through into the tubes, this was done to shave weight off the bike.” 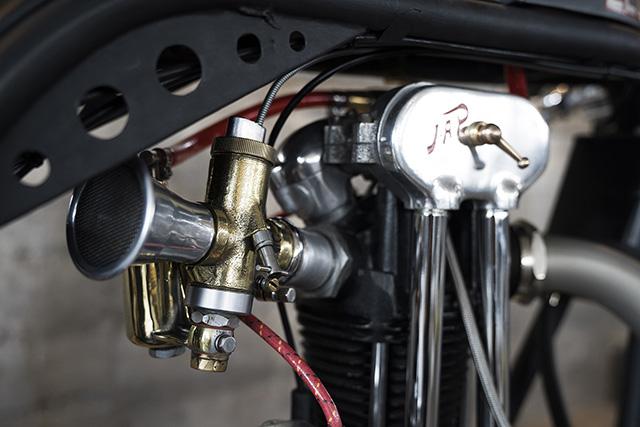 The beautiful all brass carburetor is a late 1940’s Amal carb that was sourced from a friend in California. “I completely rebuilt it and polished the brass body and brass float until it shined.” Kevin knows the carb probably isn’t large enough for a proper drag bike – but it sure does look purdy. 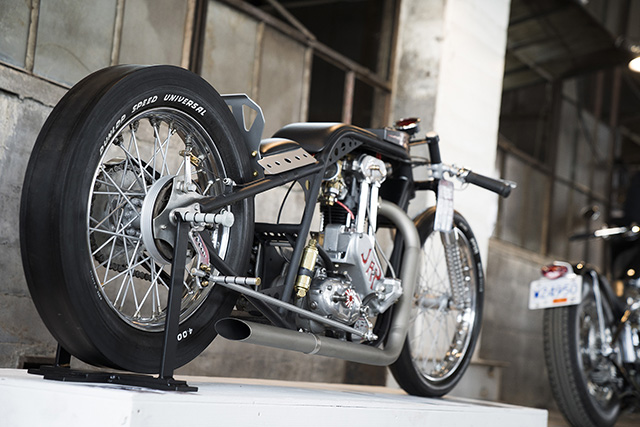 When it came to the rubber, Kevin went for vintage looks over performance, the front tire is an Avon and the rear is Dunlop slick from the late 1950’s. “It will not be raced or ridden fast with these tires currently, because they definitely are not safe to be going fast with.” 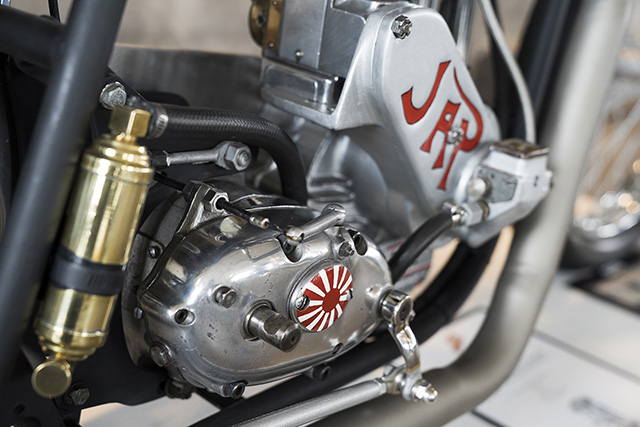 From what Kevin knows, the original bike didn’t have a name. But most drag bikes back in the glory days of racing had a nickname that represented the bikes personality. “So I gave it the name “ZEUS” after the Greek God of lighting.” 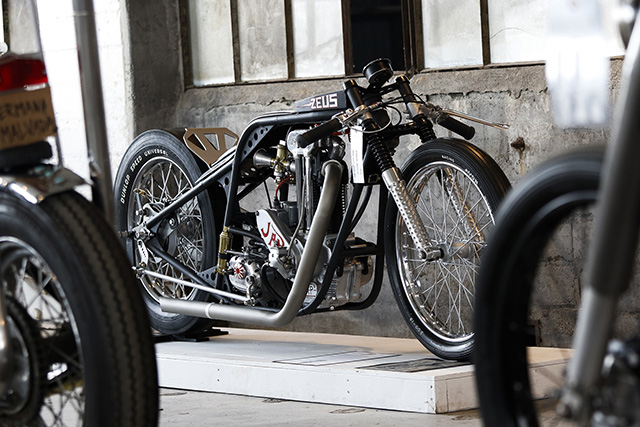 In the end, it took Kevin the best part of 4 years to finish ‘Zeus’, and we think his late Grandfather would have been extremely proud of Kevin resurrecting his bike 60 years later. You can see why it picked up the Pipeburn award at The One Moto show earlier this year.