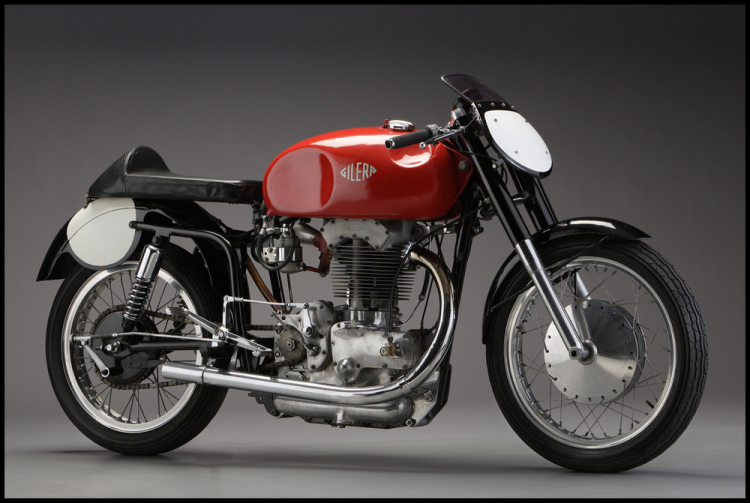 This classic 500cc racer was unveiled in the spring of 1948, compared to past Gilera bikes it was a new slick design. The Gilera was raced at the Dutch TT in June where prominent Japanese manufacturing reps took numerous rolls of film of the new racer (and no doubt ripped off). The 1949 season was a shake down for the new bike and went on to demonstrate its potential by winning several races but failed to win the manufacturer title that was clinched by one point by Les Graham on AJS. The head engineer actually left shortly after building this bike and went to work for MV Agusta. Funnily enough the 1950 MV Agusta looked very similar to this classic motorcycle. If you want to read the whole history visit Gilera-Saturno.