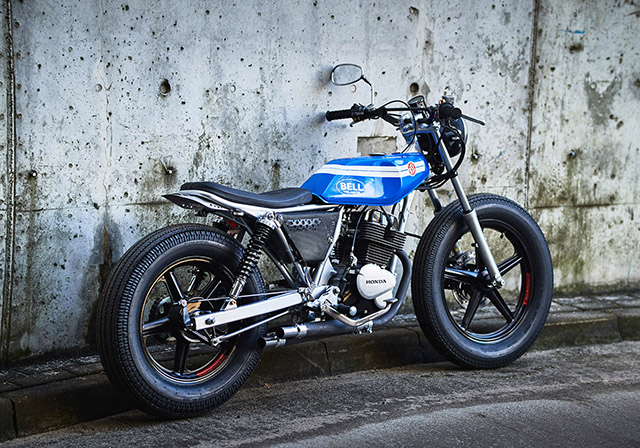 The style of motorcycle we’re into at any one time can change like our taste in music; your staple might be the thrash metal of a 2-stroke race bike, but as you age you might begin to enjoy the mellower sounds of prog-rock as you take a trip with friends on a sports tourer. But this all supposes one thing, that choice itself is even available to you. For Tomek of Warsaw’s T.Jasin Motorcycles his country’s limited supply of bikes means whatever style he’s currently inspired by, he still has to start with a commuter machine. But it proves no obstacle in delivering the goods, this time aboard a Honda CB250 aptly named Americanos Flat Tracker. 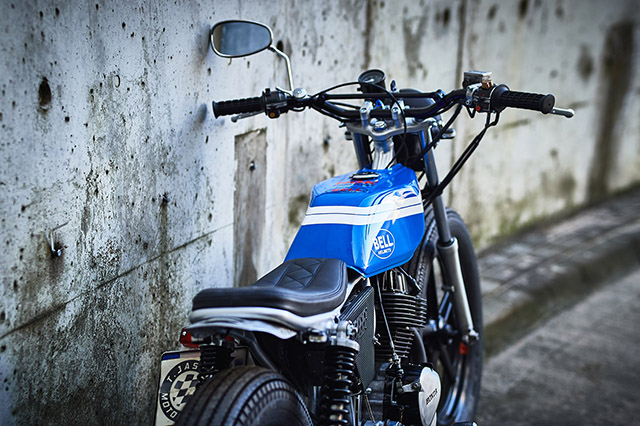 The last time we caught up with Tom he’d just finished a pair of early model Honda CB’s that were heavily inspired by the British bikes of the ’60s. Even sticking to the commuter bike sector for his donors it is still no easy task to source a suitable bike for a build in Poland. To track down this 1997 Honda CB250 meant that once again he was on the road “as always far from home,” he smiles. The name of the bike gives away the intent of the machine with the late ’70s being the period from which inspiration was drawn.

“The motorcycle was designed to be in the style of flat tracker, on smooth tires,” Tom tell us. But having previously used 400cc machines, the smaller capacity bike gives a considerable weight saving for better flickability “but it has enough power to bring a smile to your face,” Tom confirms. At just 135kg before any work was done it’s a featherlight machine, meaning every KG lost and any HP gained would make a noticeable difference when it came time to twist the throttle in anger. 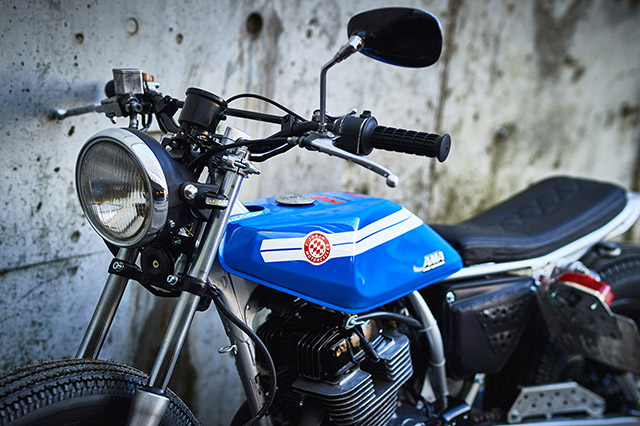 With a basic plan mapped out in his mind Tom began pulling the little Honda apart until he was left with a frame on the lift and the engine on the bench. The chassis was the first to receive a makeover, with the grinder spun into action taking off a section of the subframe and removing any and all tabs and brackets that wouldn’t be used. Then with some tube bent up the shortened subframe was capped off with a new squared-off hoop and the chassis sprayed in silver. 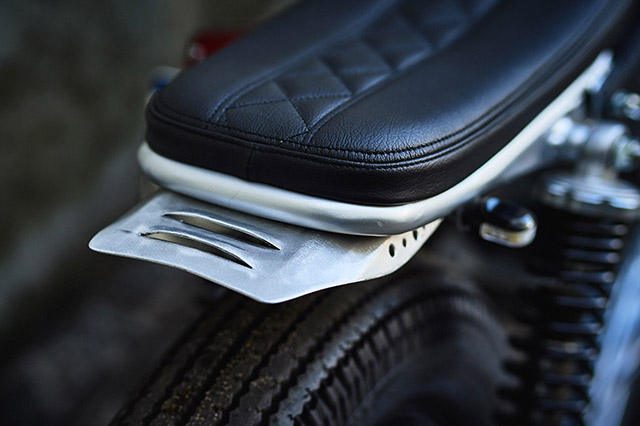 With the factory tank hardly a looker and being even worse when the side covers come off it was never a consideration. And as we’ve seen from Tom before he’s always happy to dive deep into the parts bin for a left-field choice, with old MX hardware a favourite. The lines transform the bike, giving more of the tracker feel and drastically reduce the weight over the stock unit. While a fresh coat of paint and beautifully sprayed decals give it the factory racer feel. 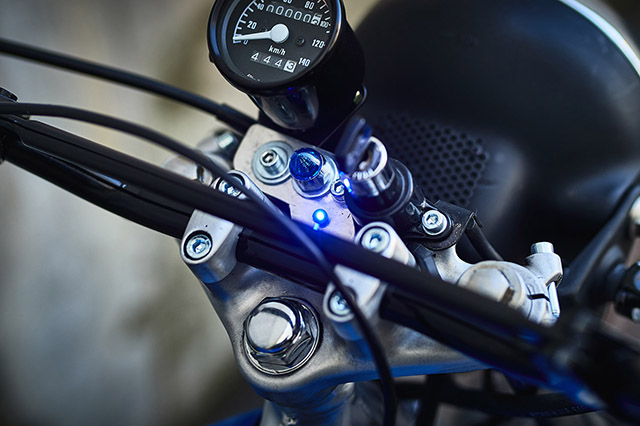 At the rear the additional bodywork is minimal with a drilled and vented hand beaten alloy fender keeping the worst of the dirt off Tom’s back. While the side covers are perforated metal sprayed black that shield the cut down airbox and neatly hide the tiny battery. Above, the seat sits on a custom base bent up to match the frames new lines, with the slim foam covered in diamond stitched leather down the centre and double stitched sides. 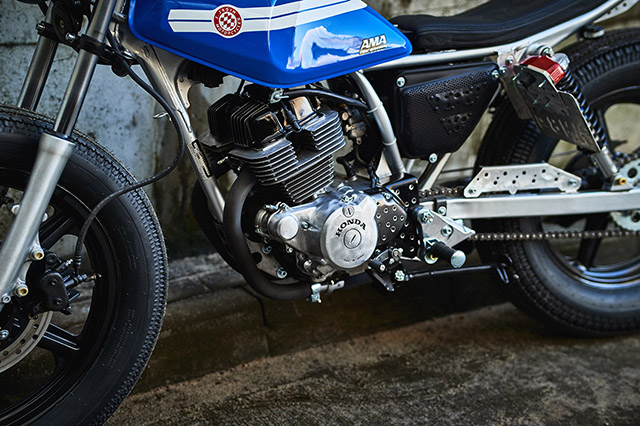 Of course the little 250cc twin is never going to win a drag race, but with subtle mods and a rebuild it now spits out 25hp and happily helps the Honda hold a slide. The major change is the new heat coated header pipes venting back to a pair of twin mufflers with chrome tips, “I really like the sound of the beautiful little exhaust,” Tom says with glee. While polished and painted sides and drilled covers help to dress it all up. 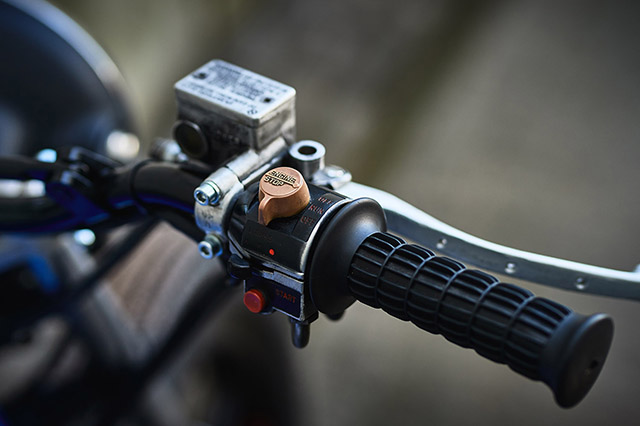 A new set of MX bars and rear shocks help hold a line as the bike enters turn one with the tail kicked out. And the refurbished wheels in a gloss black powder coat and vintage Shinko rubber ensures it looks the part doing it. A new headlight and mini indicators add enough of the legal stuff to keep the lawman happy, and the side mounted tail light wears the proof with the Polish plates. Now all that’s left to do is for Tom to find a suitable place to slide and contemplate the next style he’ll add to his growing repertoire of commuter based custom builds. 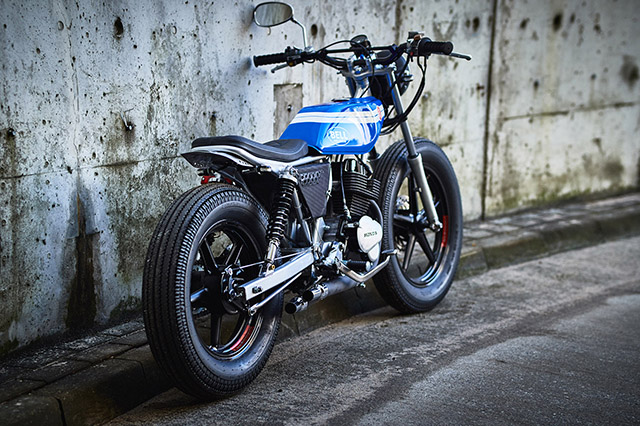 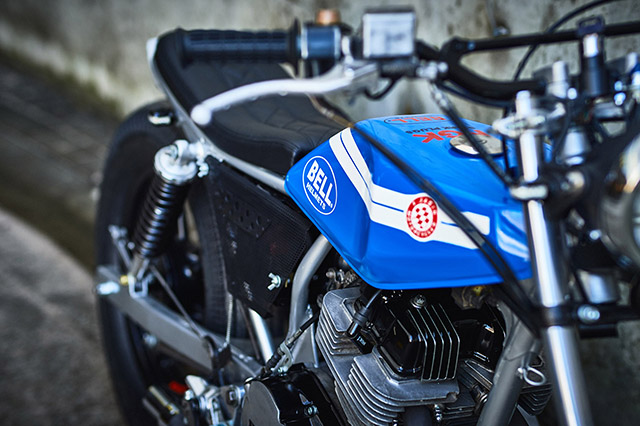 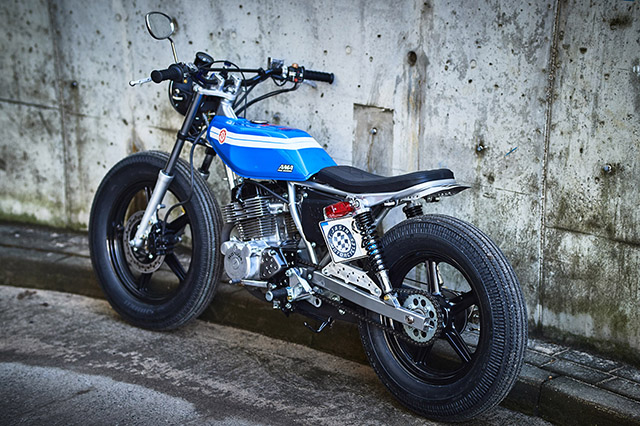 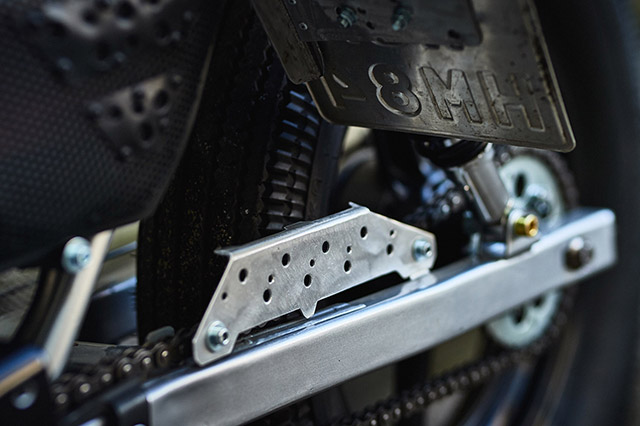 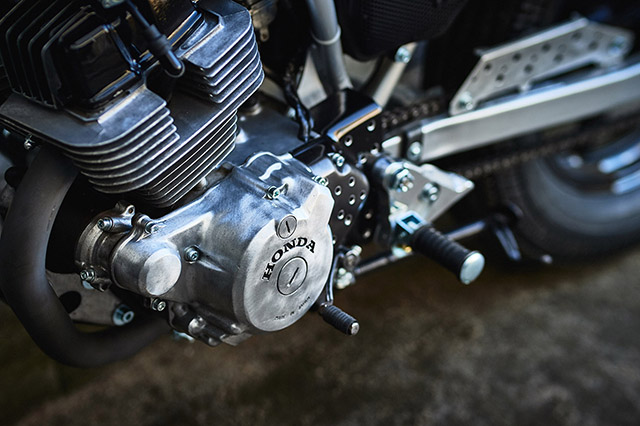 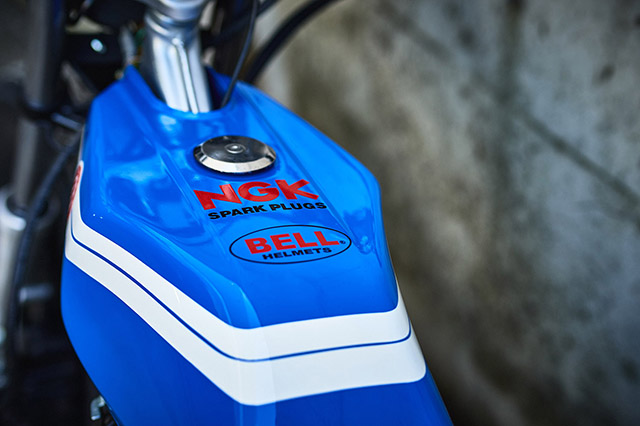 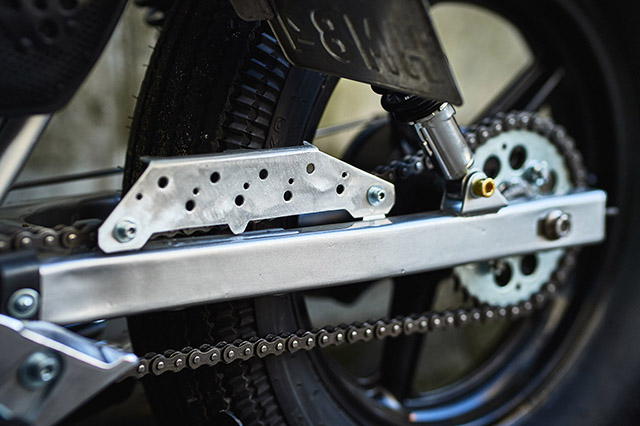 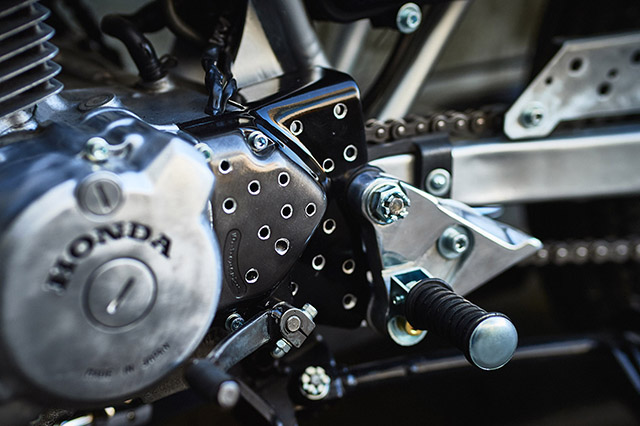 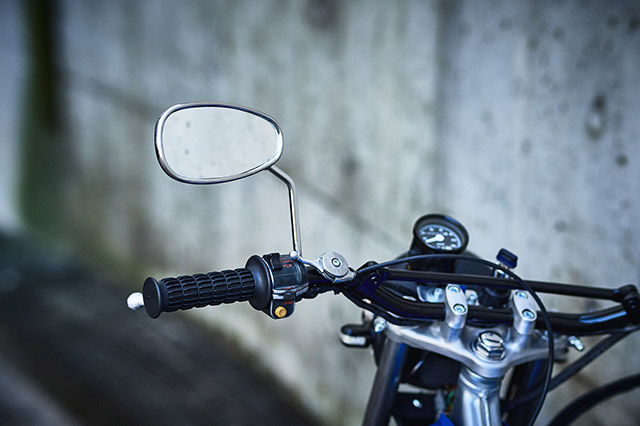 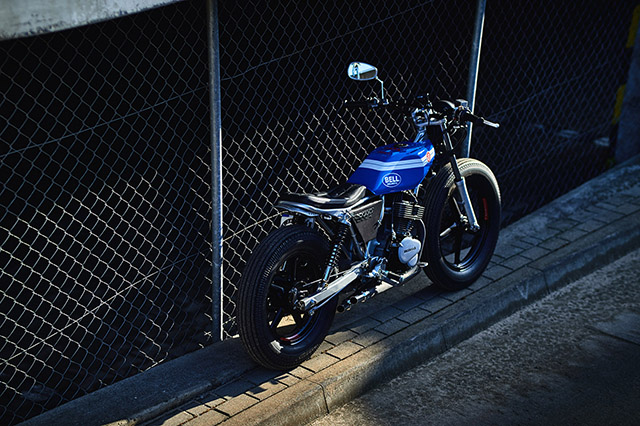