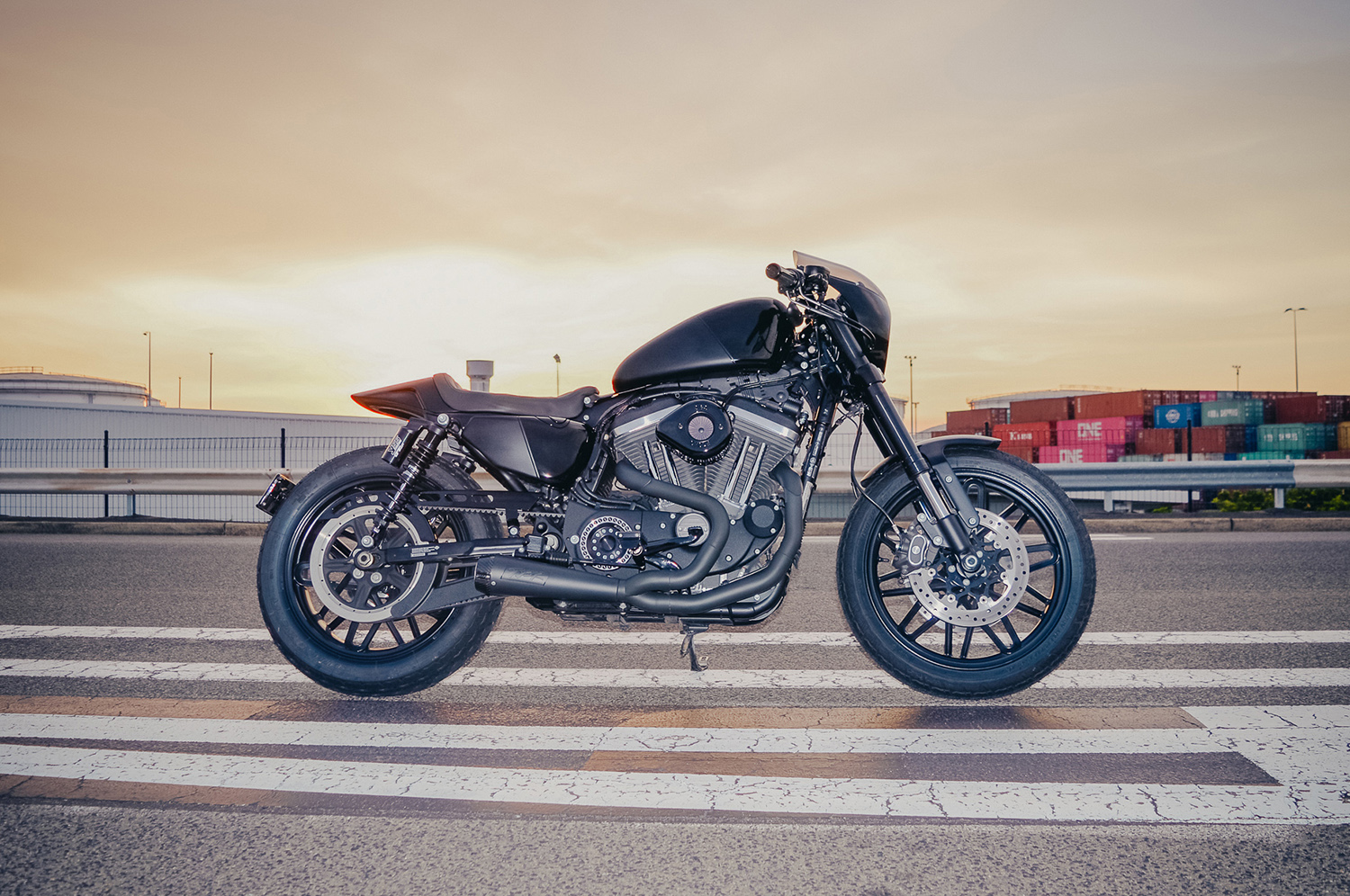 On a busy inner-city road in Sydney, Australia, sits a large black warehouse that looks like many in its industrial area. The thing that sets this warehouse apart is that behind the giant roller doors is what can only be described as an Aladdin’s cave of motorcycles. It looks more like a motorcycle museum than a workshop, with rare classics, new and custom bikes everywhere – even stacked up on top of each other against the walls, like barrels of whisky ageing in a distillery. These are the mind-blowing headquarters of Gasoline Motor Co, and the latest build to roll out their doors is this murdered-out 2017 Harley-Davidson Roadster they have aptly named ‘Mr Bungle’.

Harley-Davidson built the Roadster as a stripped-down, blank canvas that was specifically designed to be modified. With a combination of stoplight-to-stoplight power, agility and minimalist design, it was the perfect donor for Gasoline to work their craft on. “When this 2017 Harley-Davidson Roadster came through the doors of our custom workshop with an owner open to experimentation, the team knew this was going to be a truly unique setup,” says Jason from Gasoline.

Starting up front, the mean-looking Roadster was made even meaner with a Thrashin Supply Company Low Bend Tracker Bar bolted down to a custom handlebar clamp, alongside a speedo housed in CNC-machined, black anodized aluminium from Rick’s Motorcycles.

Sitting pretty next to the upgraded handlebars are Arlen Ness oval mirrors, Rick’s adjustable levers, Dominion Grips and custom-mounted Kellermann Atto turn signals, which are all tucked behind a Thunderbike bikini fairing with a tinted screen and LED headlight, giving it the perfect mix of old and new.

As the bike was named after the heavy metal band Mr Bungle, there’s no surprise as to what the colour of choice was going to be. “Every piece of bodywork has been carefully custom painted with a black-on-black finish to give the Roadster a menacing look whilst hitting the tarmac,” says Jason.

The Harley-Davidson 43mm inverted front forks were kept while the rear shocks were upgraded with Black Edition Piggyback units. The stock tyres were swapped for a pair of Dunlop DT3R flat track tyres, which are most commonly found on the Indian FTR1200.

Rounding off the build is a custom-made wrap-around number plate bracket with discreet Kellermann Atto Dual Function LED lights that sit on each side of the plate. The final detail of ‘Mr Bungle’ is a custom laser-etched logo on the derby cover of the band’s star symbol.

The team at Gasoline Motor Co. have intentionally kept this build pretty low-key, producing an ageless custom Roadster which is the perfect mix between retro and modern styling. Just as the titular band’s music can either be fast-paced neck-snapping death metal or slower funky jazz rock, ‘Mr Bungle’ rides between two extremes and makes a hell of a note while doing it.