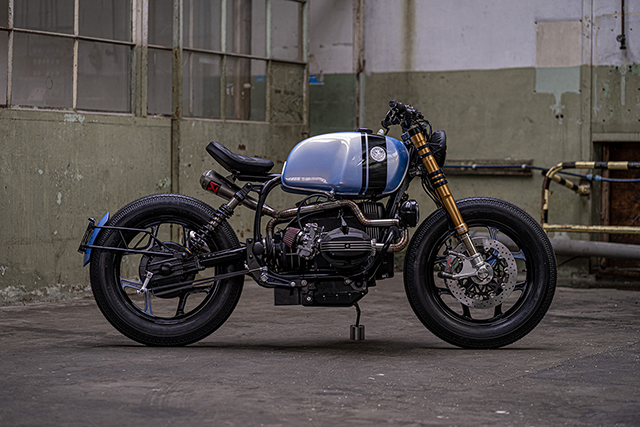 Each year, motorcycle manufacturers are faced with the challenge of building on, and improving the outgoing model year; finding ways to bolster performance; shave off weight; and ultimately outdo their previous offering; before starting the whole process over the following year. Ironwood Custom Motorcycles faces a similar struggle; after completing one of its signature bratted and bobbed BMW’s, the Dutch shop is routinely forced to discover new avenues to one-upping itself. This is by no means an easy feat considering the caliber of IWC’s work, though with its latest Bavarian-based project, it’s managed to deliver in spades. 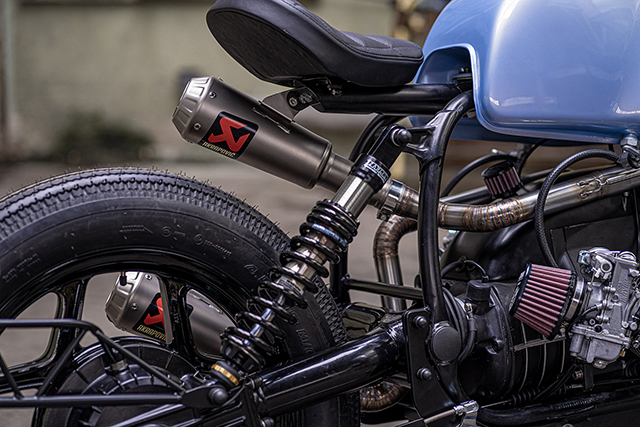 Dubbed the “Vulcan” — after the 2015 limited edition track-only Aston Martin of the same name — this one-off machine started life as an ’86 BMW R100. The build was commissioned by a client from Norway, who rode the Beemer to IWC’s Amsterdam HQ from their home in Oslo. “The customer wanted a bike with big chunky tires, a mono-shock, floating seat, a crazy segmented exhaust, an upgraded ignition, and a new, modern front-end,” explains Arjan van den Boom, creative director and founder of Ironwood. 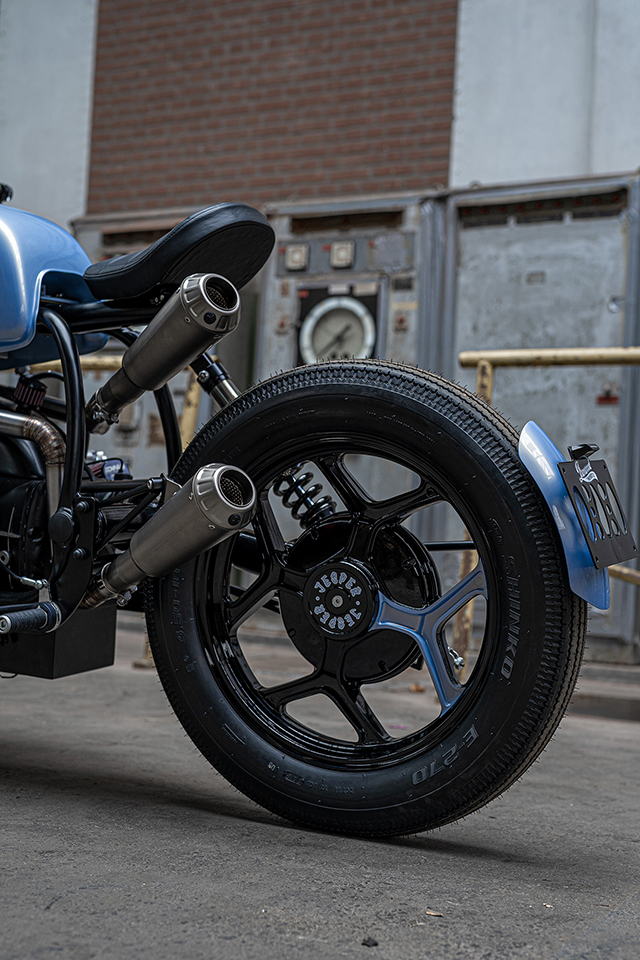 As per usual, Arjan started with the stance of the bike, tweaking various elements before eventually honing in on the upright yet aggressive posture he’d envisioned. The stock subframe was hacked off and replaced with a tractor-style saddle with a diamond-stitch pattern perched on a minimalist support. The chassis, swing-arm, and other minor parts were then sand-blasted and powder-coated. 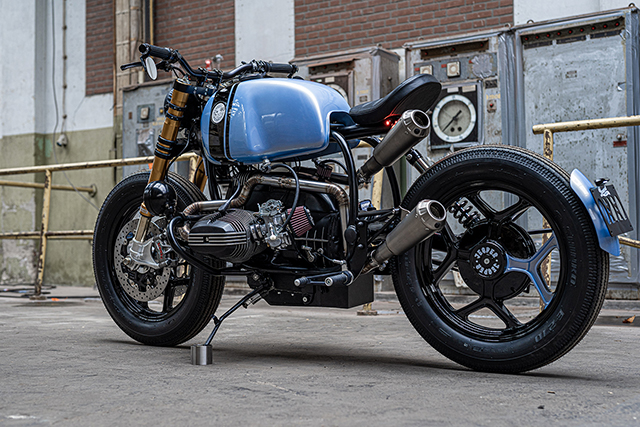 The 33-year-old boxer-twin was in need of some love, so it was completely torn down and then reassembled with a Silent Hektik ignition. The entire electronics system was overhauled as well, with a new battery and a slew of trick Motogadget bits, including an m-unit and m-lock RFID. “One of the hardest parts was hiding the battery in a custom tray beneath the gearbox after we’d installed a different type of top cover on the engine,” says Arjan. 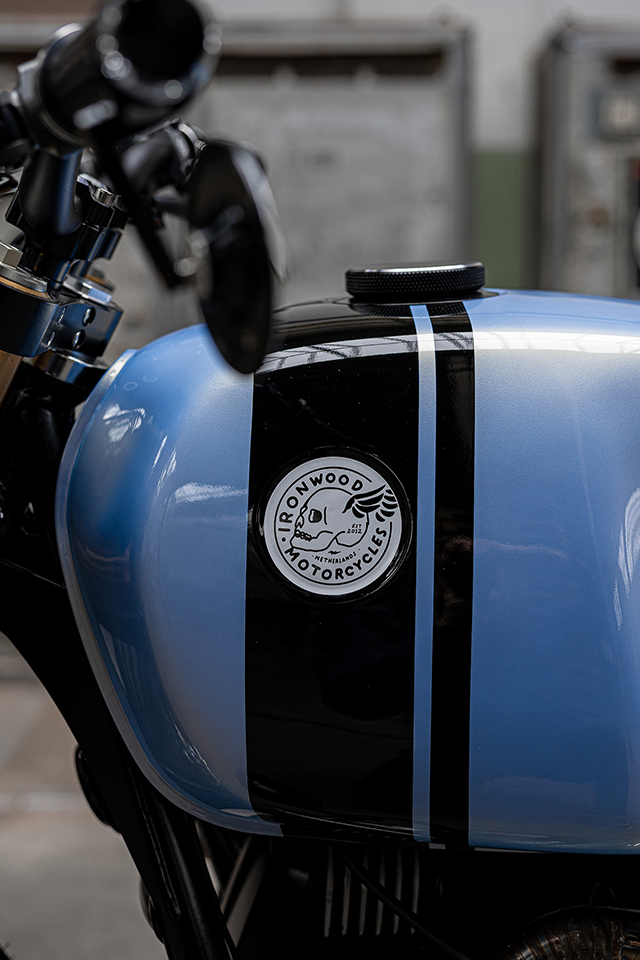 The BMW’s respiratory parts were also chucked aside to make room for an absolutely stunning pair of bespoke segmented exhausts — courtesy of Marcel van der Stelt of The Custom Factory — with both pipes weaving back over the cylinder heads, exiting on the left side of the single-sided swing-arm and culminating in a pair of stacked Akrapovic GP-style cans. The two-banger’s original Bing carb setup has also been replaced with larger Mikuni pieces, connected to DNA pod filters with IWC’s logo engraved into the metal. 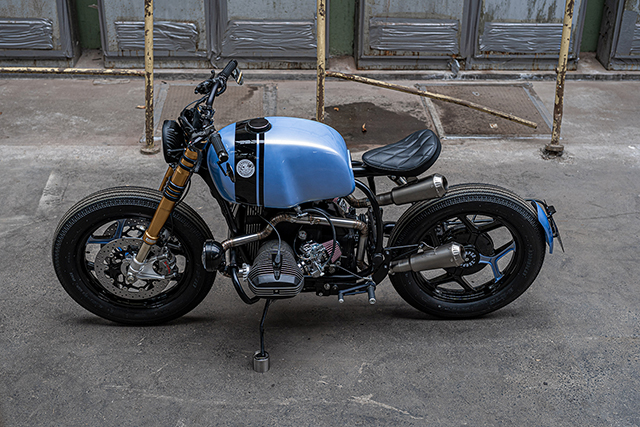 “Getting the mufflers to line up evenly was another major challenge we faced during this project,” explains Arjan

Bringing the R100’s performance into the 21st century is an inverted Ohlins fork paired with a Hyperpro mono-shock out back — both of which are fully adjustable. Stopping power now comes from dual radial-mount Brembo GP-spec calipers clamping down on 320mm discs and linked to a Brembo master cylinder. 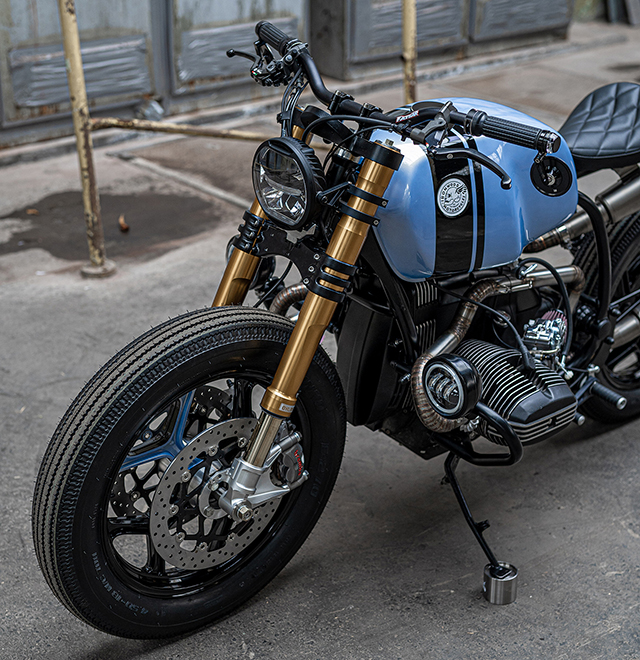 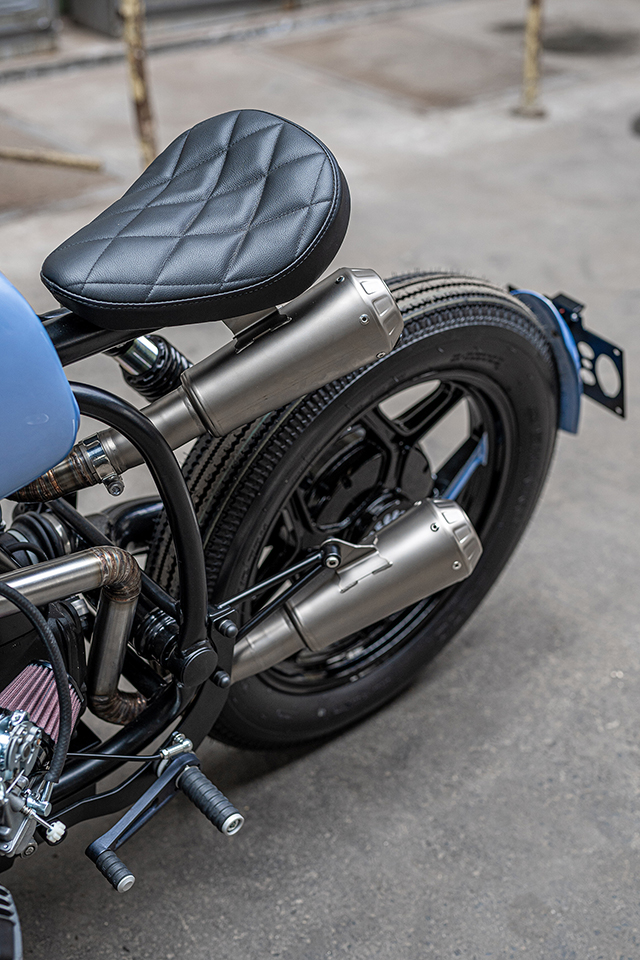 Just like the cockpit and running gear, the BMW’s lighting has been replaced throughout with high-end modern pieces. Guiding the way out front is a low-profile Koso Thunderbolt LED held via Highsider brackets, supplemented by a set of French Monkeys LED halo lights fixed to either side of the crash bars. Out in back, a Kellerman Atto unit acts as the taillight, and a small light from Barracuda illuminates the license plate (which itself rests on a bespoke bracket). 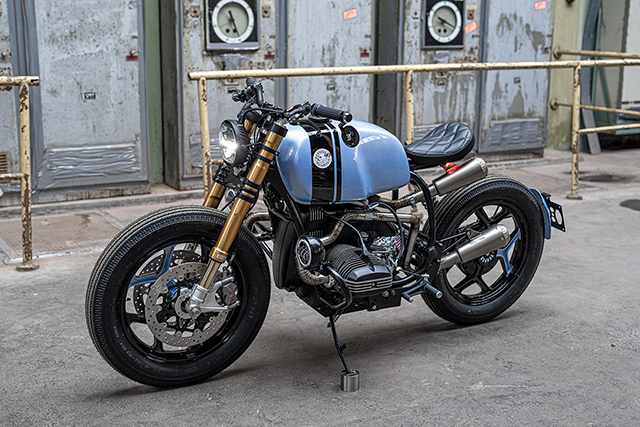 The stock fuel-cell remains in play, though its been hit with a baby blue enamel (from car brand, TVS), decorated with gloss black stripes, fitted with a Motone gas-cap, and finished off with custom IWC badges in places of the stocker’s Roundels. The original wheels were also painted in a black with matching blue accents and then wrapped in Shinko E270 rubber. 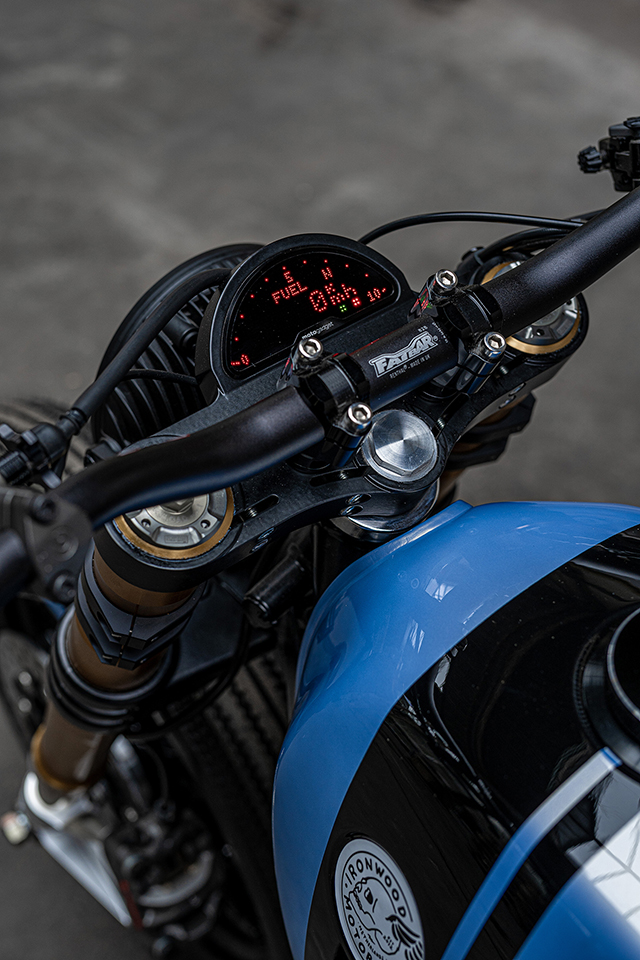 It was difficult and time-consuming, but IWC somehow managed to improve its already stellar formula with its latest work, taking its hallmark bob-fighter treatment to the next level. If the suits and engineers at BMW Motorrad are looking for ideas to improve the next year’s models, the Vulcan might be a wise place to look. 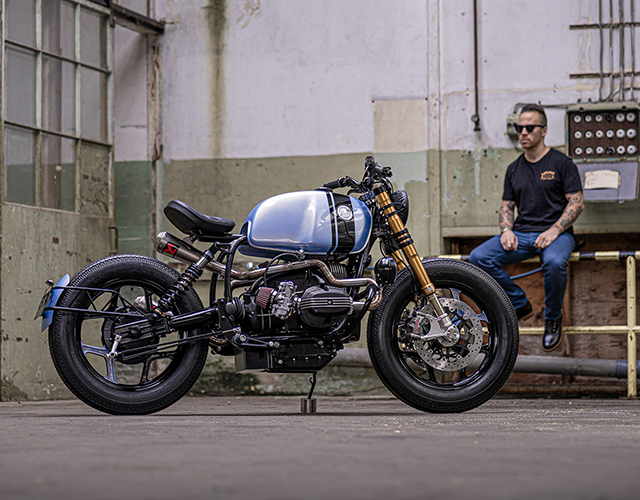