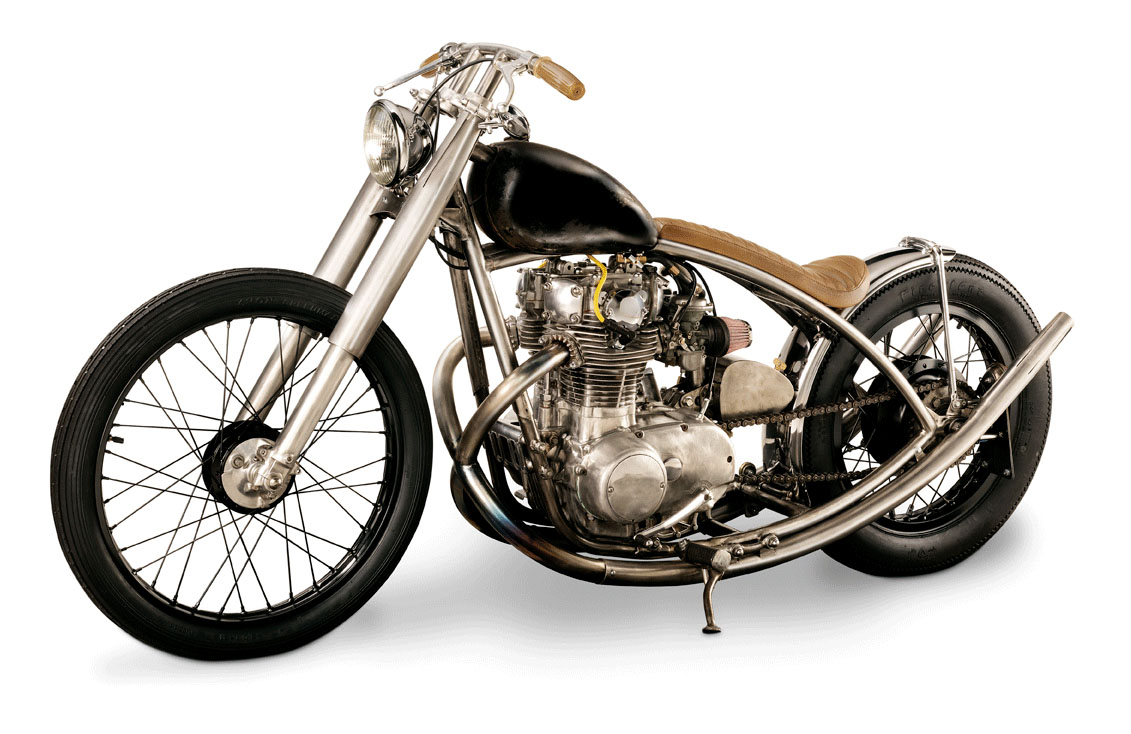 This year has been no vacation for Jared Johnson at Holiday Customs. “We built some 13 bikes this year and didn’t have time to build for myself” says Jared. After finding a rusty old 1976 Yamaha XS650 in Portland for $400, Jared knew exactly what he wanted to create. “I had been thinking of how I wanted this thing to look. I really like the lines on Schwinn cruiser bicycles, flowing with curves.” The bike sat in his shop for a few months until he was ready to fully immerse himself in the project. “I made everything on the bike except for the seat. The frame alone took a week. I rolled the tube metal, welded it up, then put the tires on and realized it wasn’t low enough, so I cut off the tail and started over.” After the frame was complete, the idea for the curved pipes that follow the lines of the frame came to him. “The pipes took 4 long days, rolling the tube, notching out for the rear axle bolt, walking around looking at it for hours” he says.

The other features include an old Hap Jones tank which he found online with “some awesome rust on it”. He also made the fork covers out of exhaust tube, the front wheel came off a SL175 and the beautiful seat was upholstered by the very talented Ginger at New Church Moto.

Not only have they been busy building motorcycles but Holiday Customs have a new blog up and running. Judging by their blog, it looks like this XS650 has been getting some well-deserved attention, recently being featured in a Nike shoot – maybe their new slogan should be ‘Just build it’.