This is a rare photo of Steve McQueen in Taiwan (even though some say Japan) on the set of ‘The Sand Pebbles‘. This was the only movie he received an Academy Award nomination (but didn’t win). Apparently he had this Suzuki T20 (not a tr500 as first thought) with racing fairing shipped in so he could travel around Taiwan when not filming. I have also read lots of stories that McQueen raced Army officers from bar to bar with the loser having to buy the next round of drinks. Needless to say that McQueen didn’t have to buy many rounds. Check out more pics of ‘The king of cool’ on this beautiful bike. 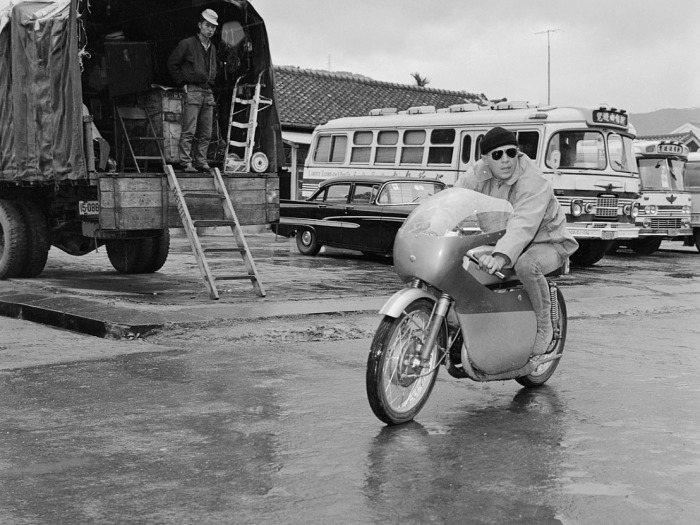