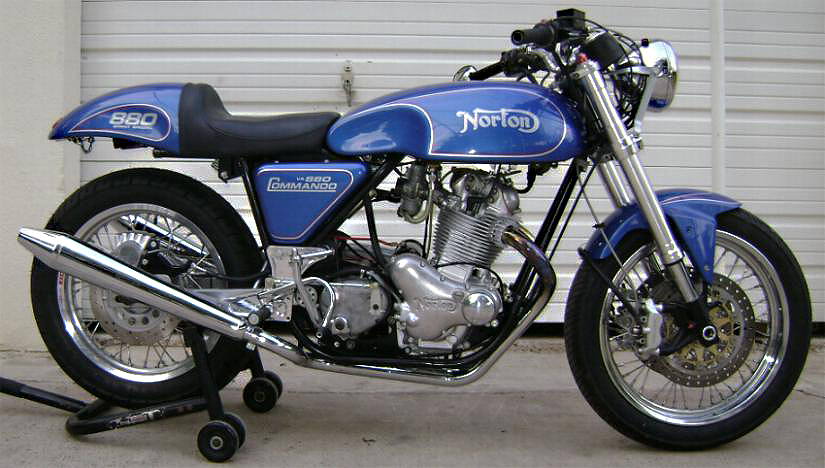 Many years ago Paul Zuniga from Born Again Bikes had a dream. The dream was to own one of the stunning new Norton monoshock bikes Kenny Dreer was planning to build. Unfortunately Kenny and his partners came up about $10 million short to actually produce the bikes but that didn’t stop Paul from making his dream happen. Paul had been working on British bikes for decades so he decided to build his own monoshock Norton 880 Cafe Racer. He got a lot of parts from Kenny, bought some others on ebay and haggled for the rest. He did come across some modern front forks from a Ninja 636 which he couldn’t resist and decided to merge them with the Norton chassis. Paul also eventually talked Kenny into selling the swingarm, seat, tank, side covers and tuck-in headers from the original prototype bike. The bike looks amazing and we are glad Paul realized his dream of owning a custom Norton Mono. To read the full story about the project and lots more pics visit Born Again Bikes. [Spotted on Kneeslider]