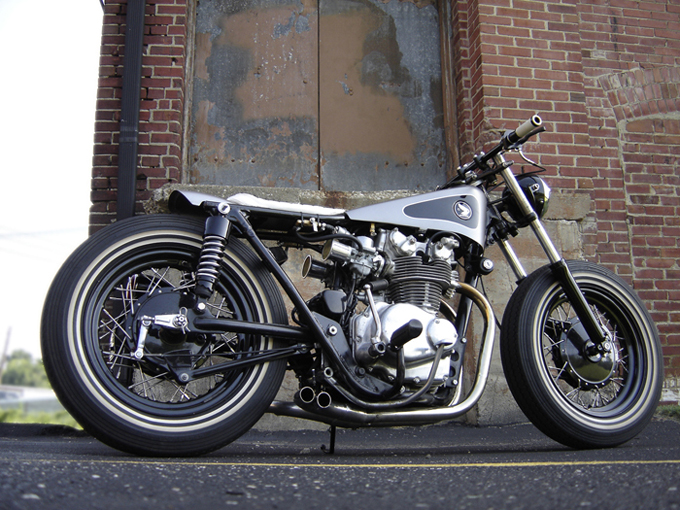 There will be many die-hard Honda enthusiasts who might think taking a mint condition 1971 CB450 and turning it into a Gravel Crew inspired bobber is sacrilegious. I for one, am not one of those people.

After riding for 10 years, Scott Halbleib came across a group of vintage riders who were members of Louisville Vintage Motorworks. After falling in love with their retro bikes he decided to search for a vintage ride of his own. “I also started searching the internet to get ideas of what i wanted to do to it. Gravel Crew WAS the inspiration. After looking through their bikes I settled on a Honda 500 they had done” Scott says. “I located a CB450 in mint condition 4 hours away, and off I went. Brought it back, put a couple hundred miles on it, and then one night after a few High Life’s decided to start tearing it down. It wasn’t an easy decision but the process had begun.

The first and largest task was going to be the tank. I had seen Benjie’s (BCR) work and decided to see if he’d be willing to help. He agreed to the job! I sent photos of what I wanted with little modifications here and there. Benjie created the tank and exhaust plus I used one of his headlight bucket mounts. Next were the wheels/tires. It took a while but I finally sourced the tires, and a friend recommended I contact Woody’s Wheel Works to build the wheels. I supplied the tire info and sent the stock hubs, and they powdercoated, laced and mounted the finish product – twice – turns out I could no longer use a disc up front, so off to Ebay for a drum that would work, and, repeat process.

I grinded the passenger peg mounts off the frame, chopped the rear fender, fabbed some straight bars, a license plate bracket and old Ford tailight. Then I took everything I had to Kwik Blast for final fab, paint and assembly. 8 months later, she returned, almost done and 3 days before 2 bike shows. A friend from the club who was luckily unemployed spent 10-12 hours a day all 3 days reworking fuel lines, reworking the electrical and tweaking the carbs.”

The bike was finished on a Friday at 10pm and at its first show the following day it won best rocker and best in show at Mods vs. Rockers. It also went on to win best Japanese bike at the Beatersville Show. Scott would like to thank all the people involved in helping him build his masterpiece. You can check out more pics of this stunning bobber on Scott’s microsite. [Thanks Benjie] 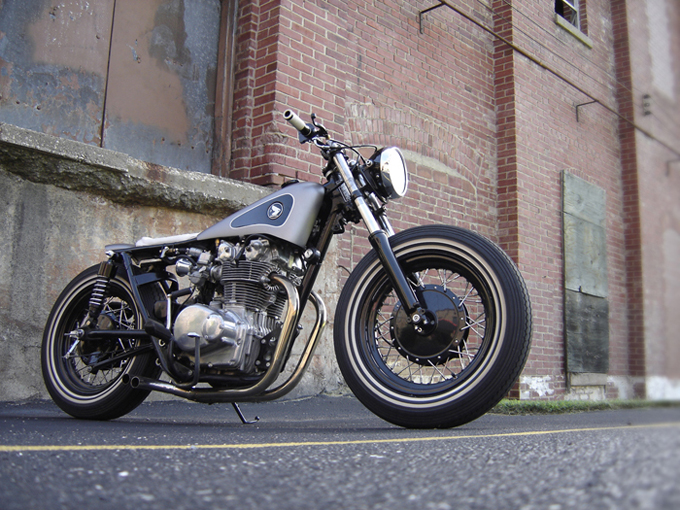