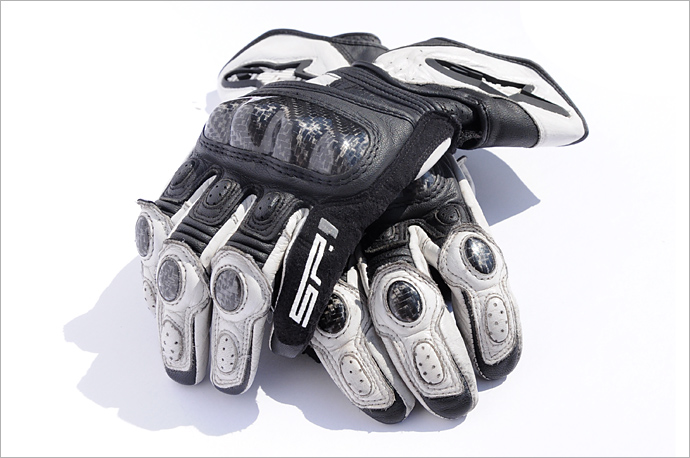 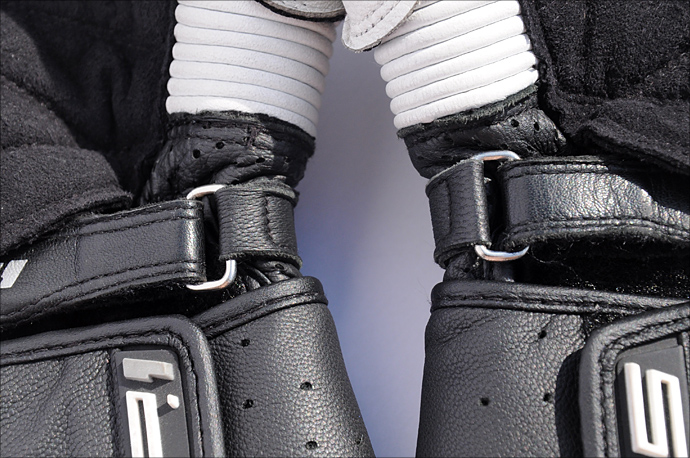 One thing that I did notice from the get-go was a small screw-up in the wrist strap. If you look carefully at the photos you’ll notice that the leather loops holding the metal buckles in place vary in height. The upshot here is that the smaller loop allows the buckle to turn so that it ends up being wide rather than tall as originally installed. Not a major issue, to be sure – but still something you’d not expect from a product in the Alpinestars price bracket.

Since then, I’ve worn them two to three times a week with no more care than the odd wipe down with leather Armor All, and through all four seasons I’m happy to report that they stood up to the wear and tear well. As we all know, Velcro does tend to “fluff up” a little after a while and that’s exactly what’s happened here. The soft side is noticeably more wooly than when purchased – but I guess the flip-side to that coin is that it still seems to be holding firm and doesn’t lead me to think that it would fail should my ass pay an unexpected visit to earth’s ‘hood. 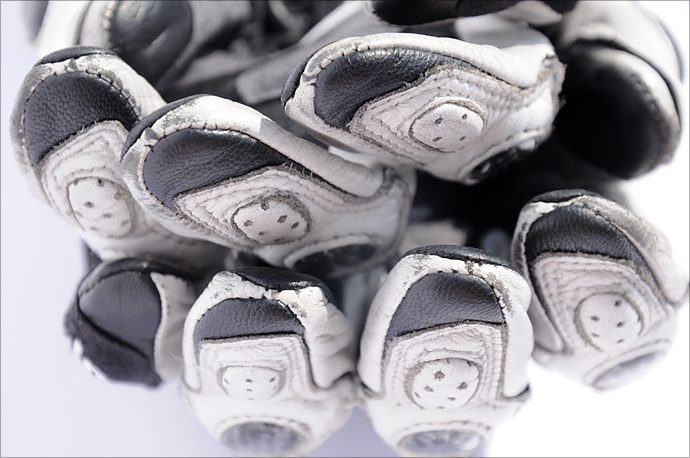 Speaking of which, I’m glad to report that I haven’t come off in them. Touch wood. But to that end, they have carbon fiber inserts in both the knuckles and on the first joint back from the fingertips along with numerous layers of leather and padding on the heel of the palm. Unlike some of the higher-end Alpinestars gloves the fourth and fifth fingers are not bound together – which is just as well because I use three fingers to brake.

To the surprise of no one, these sport and track-biased gloves don’t perform so well in colder conditions or when it rains. They’ve been thoroughly drenched once or twice and showed no ill effects – unlike my hands. As for the cold, I grabbed myself a pair of thermal “under gloves” and they do go a long way to fending off the chill of a winter Sunday morning in Sydney. 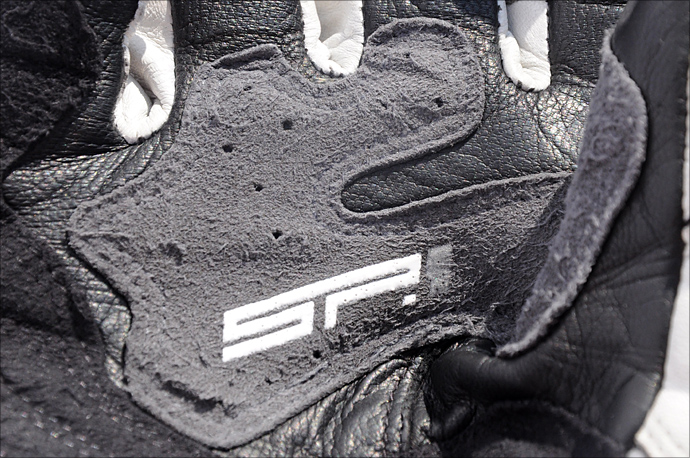 Other smaller observations; they are safe to store in your helmet as there is no protruding “rough” Velcro edges to catch on helmet padding when they are completely done up. And there’s no failed stitching or torn materials on them, although the chamois-like material on the palms has pilled and rolled a little.

So to finish, the Alpinestars SP-1 gloves have impressed from start to finish, and although the buckle issue is an annoyance, it’s nothing that would stop me from giving them a well-deserved recommendation should you be in the market. Pipeburn recommended.