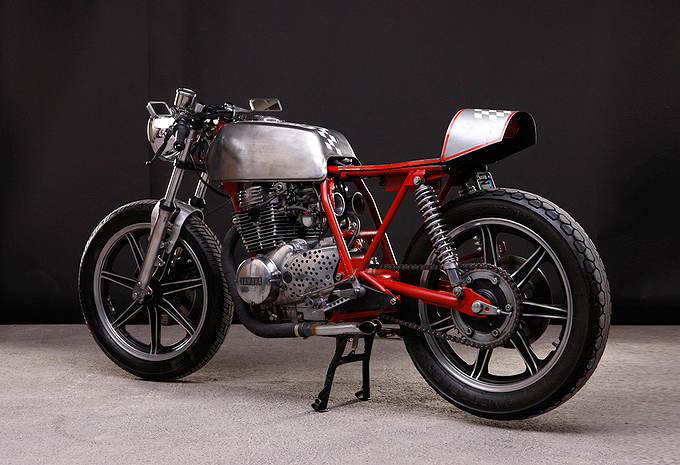 Earlier this year See See Motorcycles put on the ‘The One Motorcycle Show‘ with a few other local shops in the Portland area. See See Motorcycles was formed 2 years ago by Drake Mcelroy, Jared Kenyon, and Thor Drake. “See See is a motorcycle brand that values the origins of motorcycles and an emphasis on aesthetics. What that boils down to is, we want to build some amazing bikes, race to win, and create a community of two wheelers. See See is based out of Portland Oregon, except for one. Drake, being the desert rat that he is, spends his time jumping dirt mounds in warmer southern regions” explains Mcelroy. See See Motorcycles don’t seem to have a website but you can find loads more eye-watering photographs of their bikes and others at Chris Hornbecker’s site, who did a great job shooting all the bikes at the show. Update: The stunning Yamaha XS350 was built by Sean Dunlap. [Found on Bubblevisor] 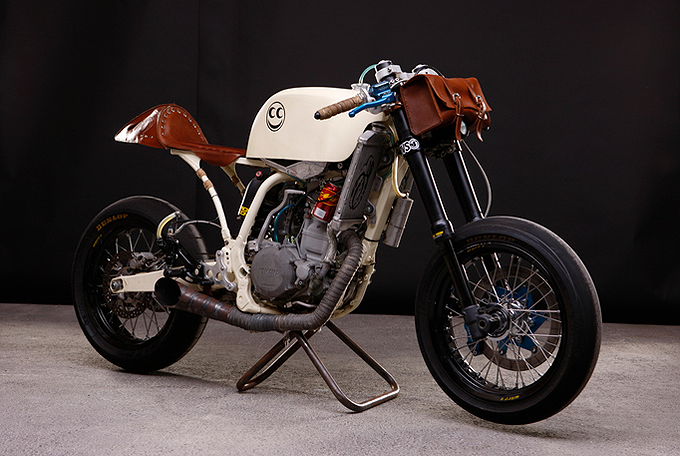 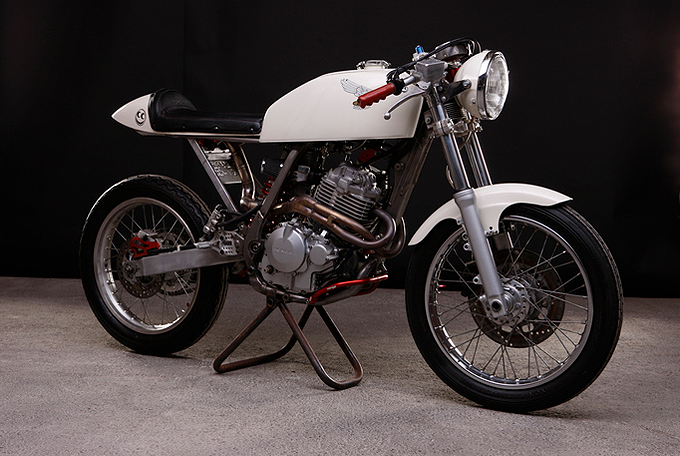