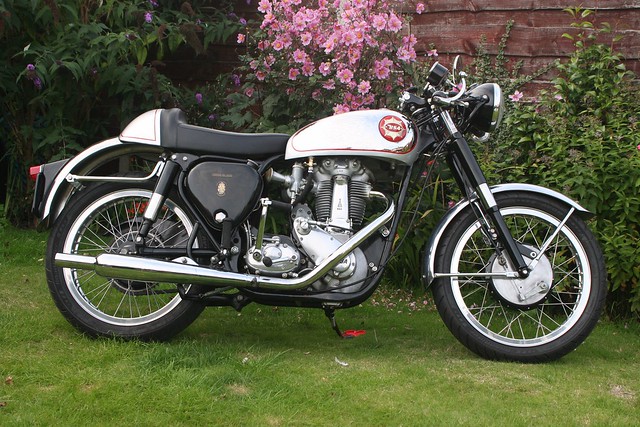 The bike was given the name ‘Claude’ and was to become a B31 Clubman Goldstar Replica.The frame was modified with lugs being added for rear sets, then a genuine Goldstar swinging arm was found and was re worked with phosphor bronze bushes to improve the handling. then the forks came from an A65 lightning Clubman then fitted with clip ons on hard chrome stanchions. The engine was rebuilt to early Goldstar touring specification, the Cylinder head ported and gas flowed to BB32 dimensions with BB32 valves, springs and cams. The bottom end is to BB31 spec, with new big end assembly, but with a polished and lightened aluminium con rod as to ZB32 Goldstar long rod spec. The Barrel is a Phil Pearson big bore conversion, 400cc with a Wiseco forged piston, 9:7:1 which is estimated to take the engine to 32bhp. Then the gearbox was completley rebuilt with new seals and bushes and is now one down and three up. A brand new Amal carb 389 – 11/8 was found and added along with Replica Clubmans Tank, Seat,Clocks and Exhaust system, the silencer giving the Goldstar twitter sound. The wheels are aluminuim spoked type adapted to fit the swinging arm and forks.
When Claude was run in, it was found after 4000 rpm he hits the powerband and really will go! He revs to 7500 rpm with an estimated top speed of 90mph safely and is probably capable of 100mph.
This is not my story but it was amongst the paper work and mountain of receipts that came with the bike when purchased, I just thought it had to be told because the bike is a real credit to the guy who built it.

The bike was named Claude because of the Claude Rye bike dealer of London badge (pictured below) that was on the back mudguard. He was a well known english bike dealer in the 60s and 70s. You can view more pics of handsome Claude on Steve’s photostream. 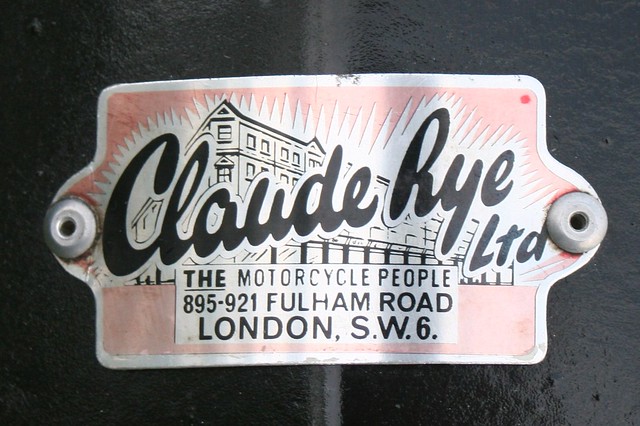 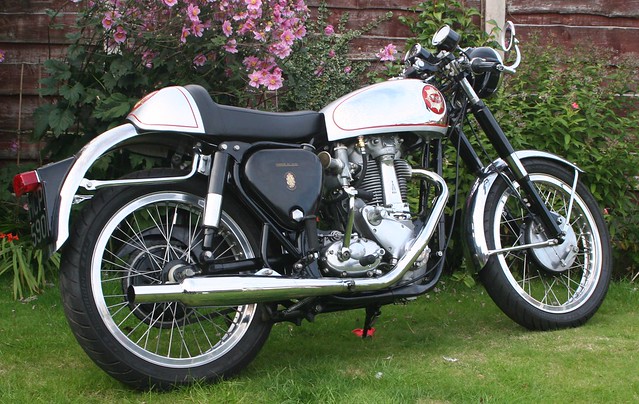