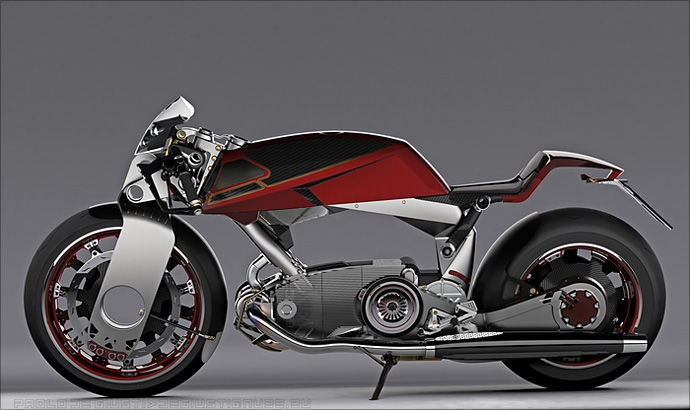 Our Imaginary Garage sessions on Pipeburn are all very good and well but if we ever wanted to ramp things up just a little and start doing some 3D modeling, I’d be much more than happy seeing a bike like this roll out of the other end. These stunning renderings are by Italian industrial designer Paolo De Giusti, who has drawn inspiration from an older generation of single cylinder Moto Guzzis from the 50s that have been all-but-forgotten since the company’s success with it’s twin cylinder V90.

And if that’s not unique enough, he’s also gone and made it a 903cc turbo-diesel engine with a hydraulic transmission for the estimated 150 horsies and 133 ft/lbs of torques (!) to slosh through. Bolt a 30 lt (8 gallon) tank and you’ll have a bike that would ride all night, which is exactly what Paolo intended. “Ideally this bike, with a range of 550 miles, is designed to run for hours in the now-defunct Milan-Taranto open road endurance race.”

His achievements here shouldn’t be underestimated – he’s managed to design a bike that draws on racing motorbike designs of the 1950s and fused it with a modern sports bike sensibilities and just a dash of cafe racer for good measure. Offline I’ve been quite critical of the new Norton Commando due to its uninspired and confusing modern take on a classic design; here’s a bike that really highlights it’s shortcomings and reminds us just what’s possible when you know your stuff. 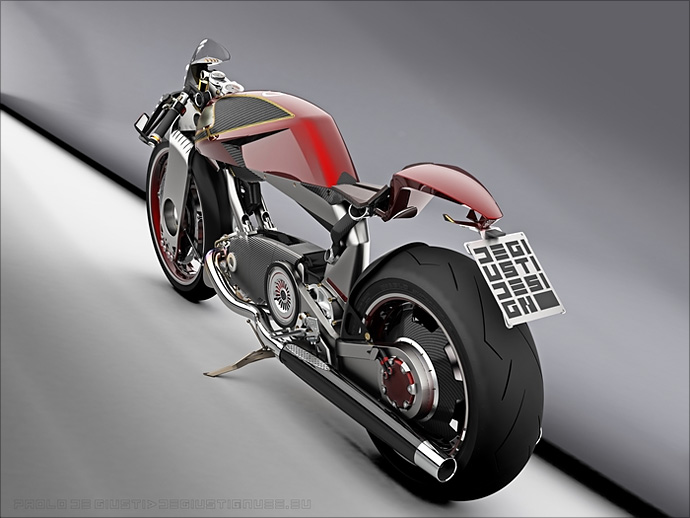 Paolo continues, “In the mechanical features you can find exotic solutions – the wheels made of two parts, aluminum channels, and carbon spoke fixed on large empty hubs. The front suspension follows a classical parallelogram scheme, led by an air spring shock.” 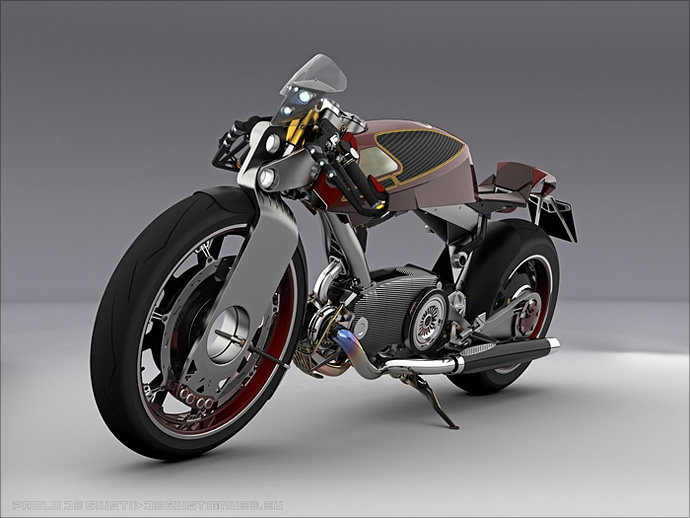 “In these motorcycles, the mechanics are organized along an ideal axis that connects the front hub to rear. I wanted to design a ‘romantic’ bike, deliberately limiting the aerodynamic protection. This makes the bike very stable…forcing the pilot to lie down on the tank. It even has an handle on the side to accommodate the left hand, removed from the handlebar to increase the aerodynamics.” 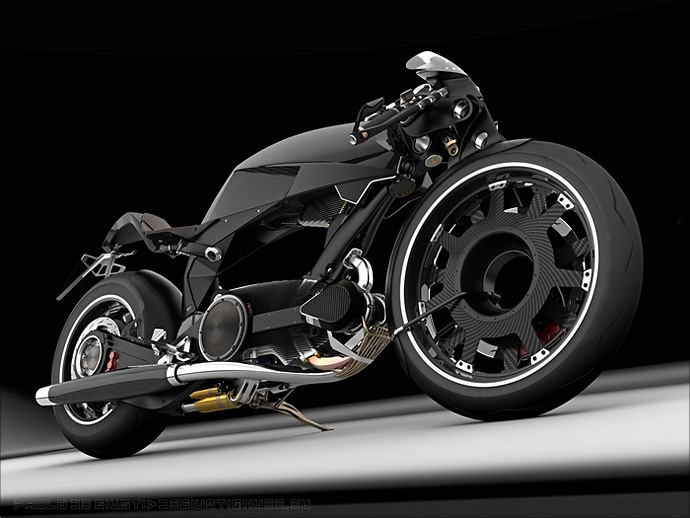 “The main design structure runs on an axis that includes the cut on bottom of the tank, the seat and tail, axis is related to the long dark line defined by the mufflers. There are many asymmetrical details, such as support for the tail, the front suspension, tank or headlight, making the lines more dynamic and rich. In conclusion, form and function are not separable in this concept. Every mechanical component is part of the design project.” 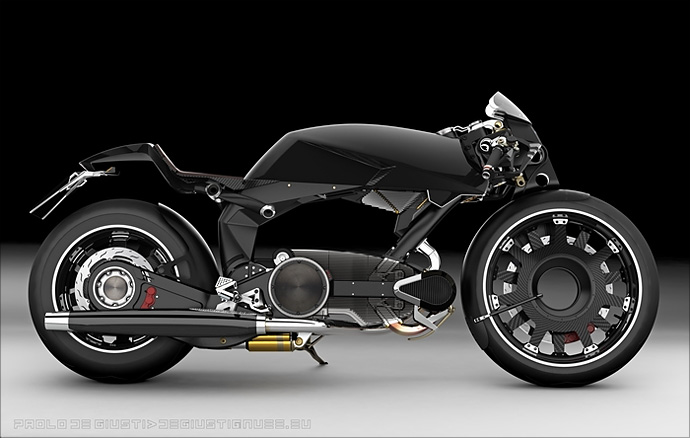 (Thanks to Ultimate Motorcycling for the quotes)