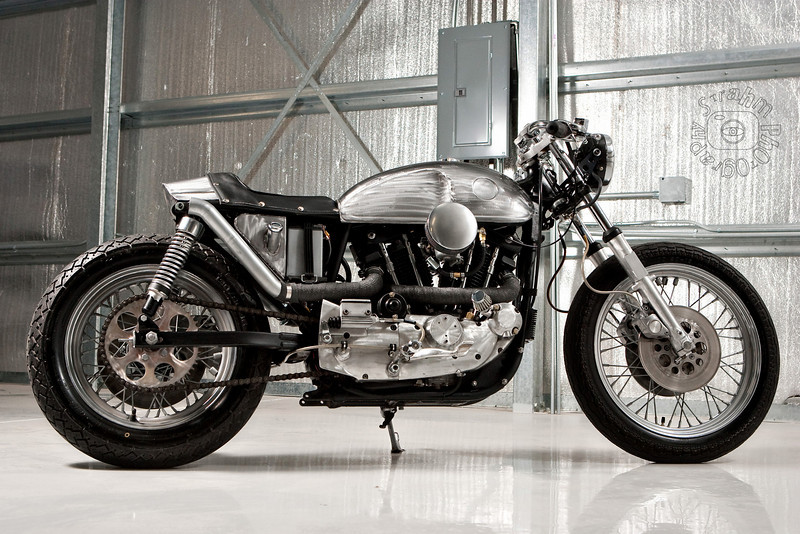 My father once told me never to go into business with family, but it looks as if he may have been wrong. DP Customs is a Harley custom shop based in New River, Arizona that’s owned and operated by the Del Prado brothers. They earned their 15 minutes of fame recently after building a damn nice Gulf Oil Harley — but here’s a bike they finished before the Gulf that, in our humble opinion, has got an edge over its more famous sibling. 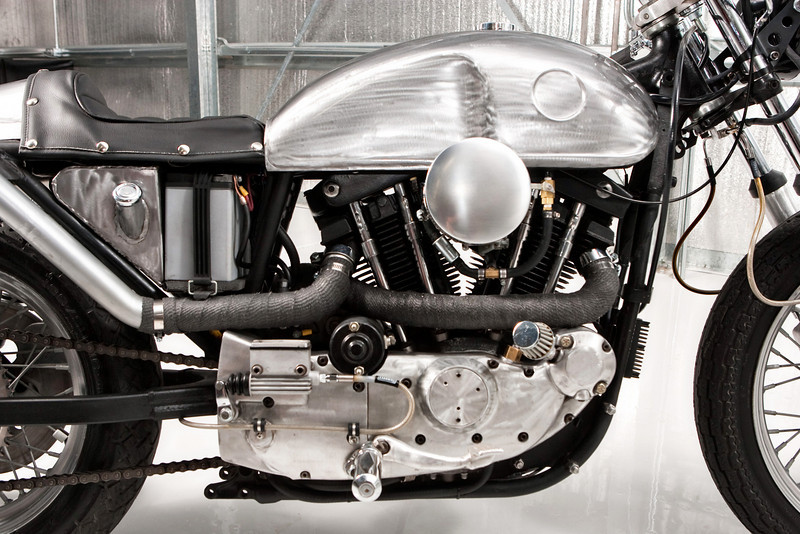 Based on a 1979 Harley Ironhead, it was transformed into what you see here for a paltry US$6000. Talk about bang for your buck. With the exception of the Benelli tank, all the custom parts were hand made by the brothers in steel and finished in a raw burnish that screams bad-to-the-bone. But that’s not to say it’s been done in a rush; just check the attention to detail and build quality. Need we mention that exhaust? And the rear cowl? And the oil tank? I thought not…

According to the bro’s, the bike pulls like a drag tractor and is loud enough to kill old ladies at 150 paces. It also handles well (which would make a nice change from your average 70s Harley), is comfortable, and pulls a crowd where ever it drops it’s side stand. No surprises then that they didn’t exactly get a lot of time to enjoy their sweet, silver creation before someone made them an offer that they couldn’t refuse. And who could blame him? 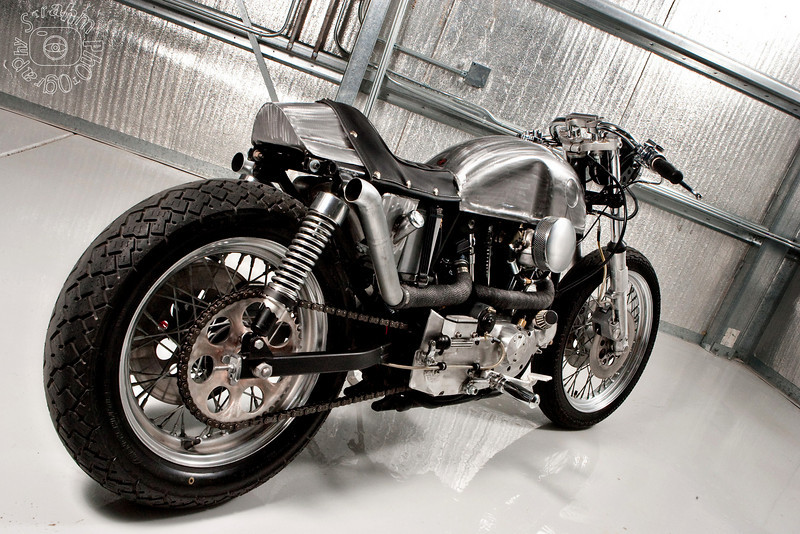 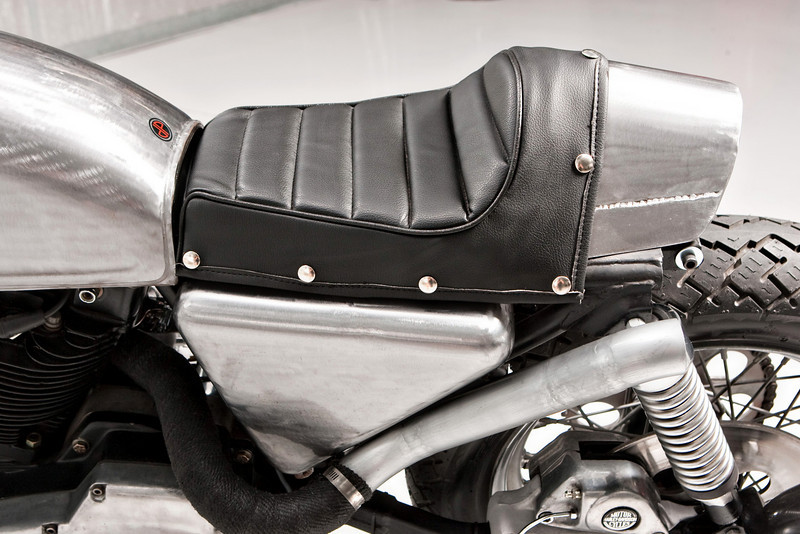 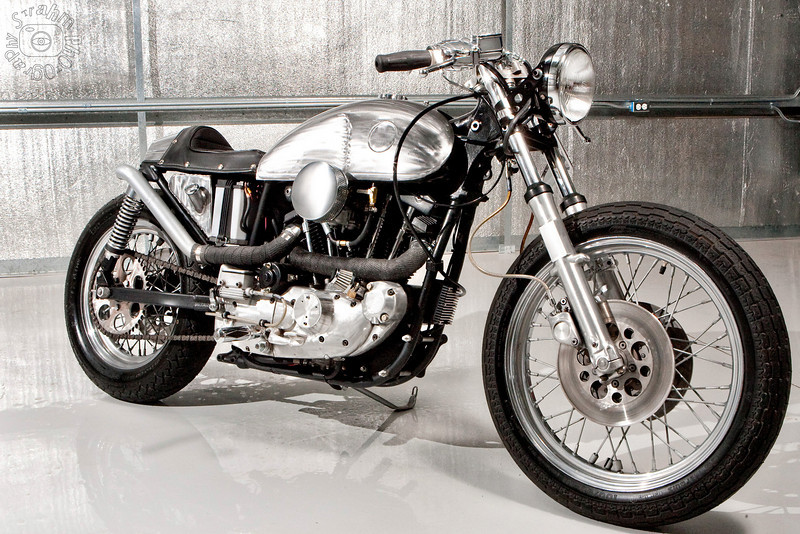 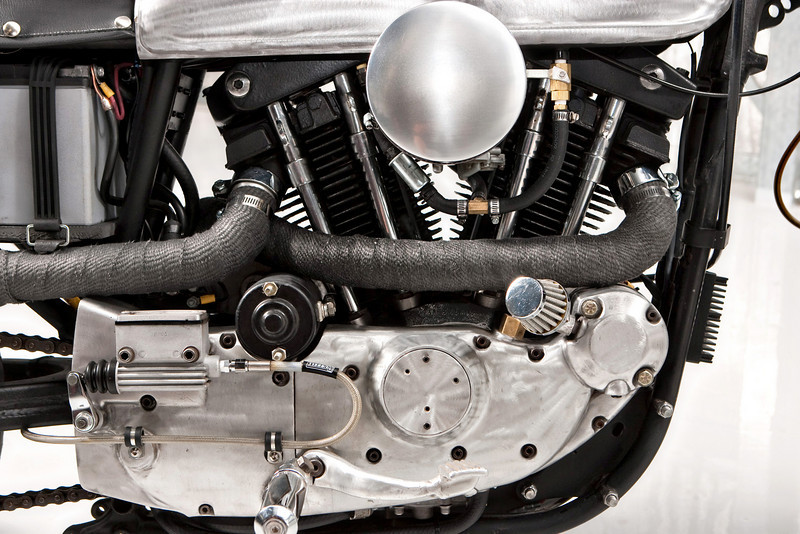 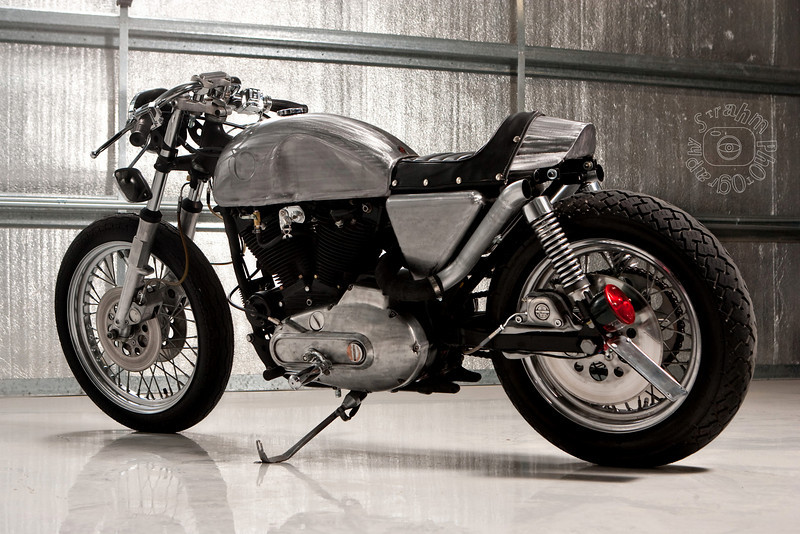