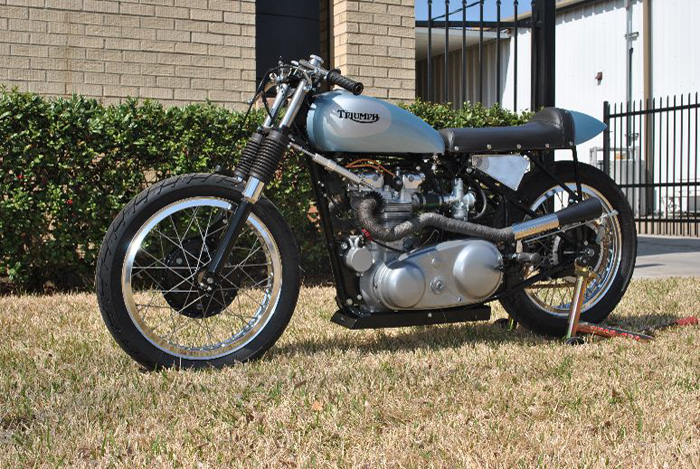 There’s nothing more intriguing in a bike build story than a mystery, and this here little Triumph has it in spades. See, no one knows exactly what this bike was in a previous life but the smart money is on a rigid dirt tracker. The motor and frame were acquired with a large stockpile of old British dirt trackers and parts that Big D Cycles bought last year; “this bike came out of Les Edwards stash” says Jerrett Martin from Big D. “Les was a famous tuner and builder of dirt track bikes out of California. He owned the Triumph/Suzuki Shop Cycle Imports. A lot of famous riders got their start riding Edwards’ bikes; Gene Romero, Mark Brelsford, Dave Hansen and many others. Dave Hansen rode an Edwards’ bike to Triumph’s last TT race victory at the Houston Astrodome in 1974 (pictured below). In that race, Hansen beat king Kenny Roberts, who was on a Yamaha.” When Les retired he moved his large collection of motorcycle goodies to south Texas. When he passed away, Big D Cycles bought all the race bikes, motors, frames, and spares that were in an old metal barn on his property. 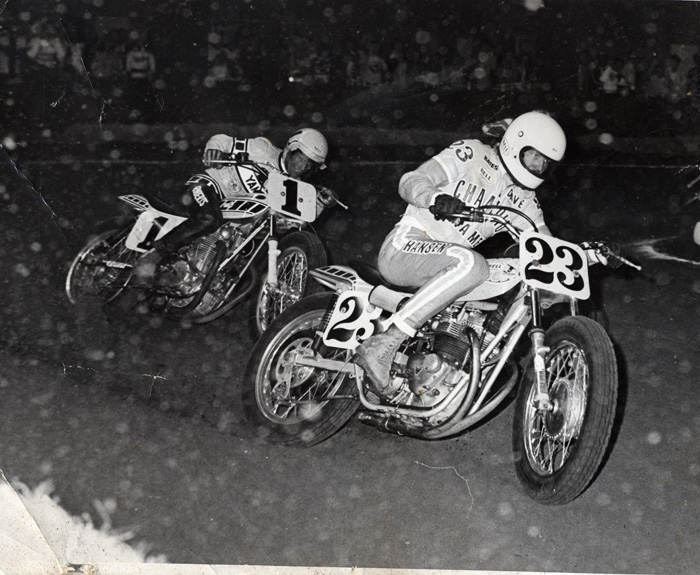 Affectionately named ‘Stiffy’ because of the hard tail (not because that’s what you get when you see it), this bike has a list of mods longer than Kenny Roberts win sheet. Starting with a close finned 500cc T100 Triumph motor, billet nourish crank and lightning connecting rods from Thunder Engineering. Custom ported head with extended intakes and dual plug set up. Rob Newby belt drive conversion, exhaust modified by Big D Cycles from a period Triumph factory race kit pipes and megaphones. Triumph racing fuel tank which is also from the original factory race kit. Tri-spark ignition set up with a BSA front brake setup. “Many Class C guys did this back in the day; it was the best brake setup you could run at the time” says Jerrett. The tail section and sub-frame are dirt track components and the under-seat aluminum oil tank was made from scratch and fabricated in house.

The motor was built and tuned by Big D Cycles owner Keith Martin. Ryan Ambrose did the majority of the fabrication work, and also races the bike like a demon. Ryan recently rode this bike to two Class C victories at the Lone Star Classic AHRMA races in Cresson, Texas. “Stiffy dominated the field both days, passing all the bikes in faster classes that were girded in the first and second waves.”

Big D Cycles plan on racing the bike again in the near future, and hopefully making the ultimate pilgrimage to Bonneville to test ‘Stiffy’ on the salt. Check the very tumescence Big D Cycles blog for loads more beautiful projects and vintage photos. 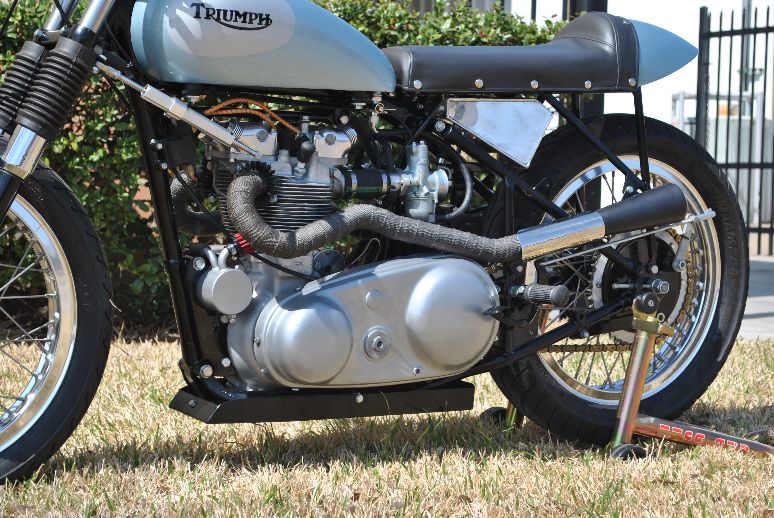 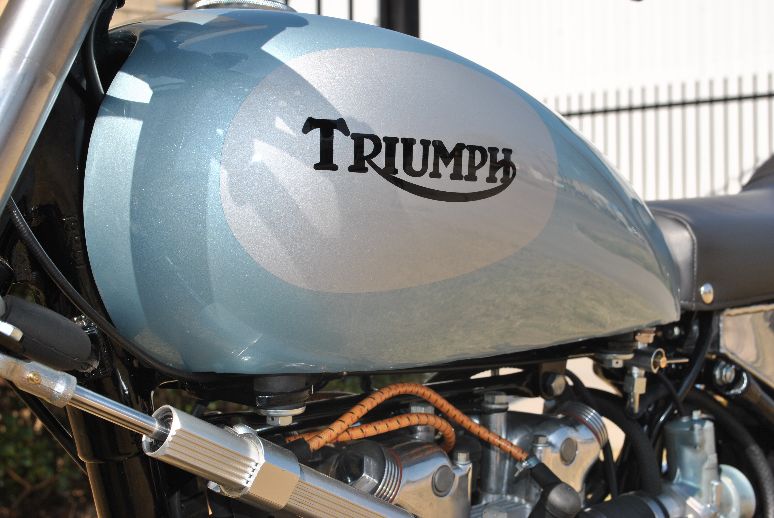 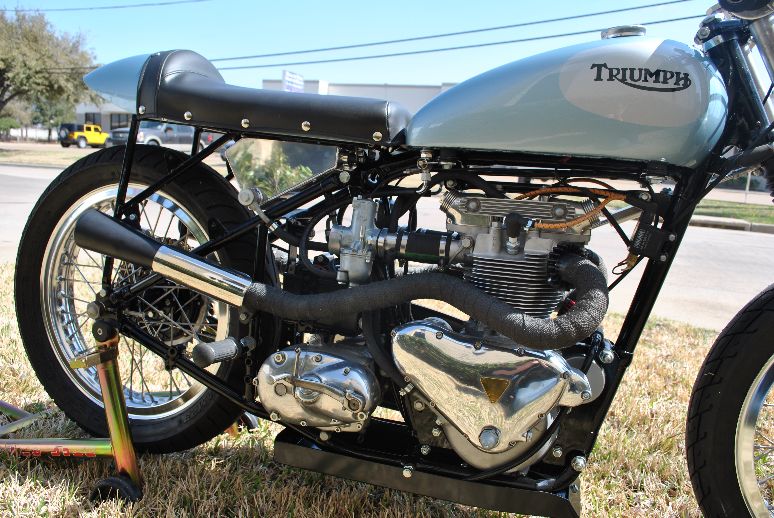 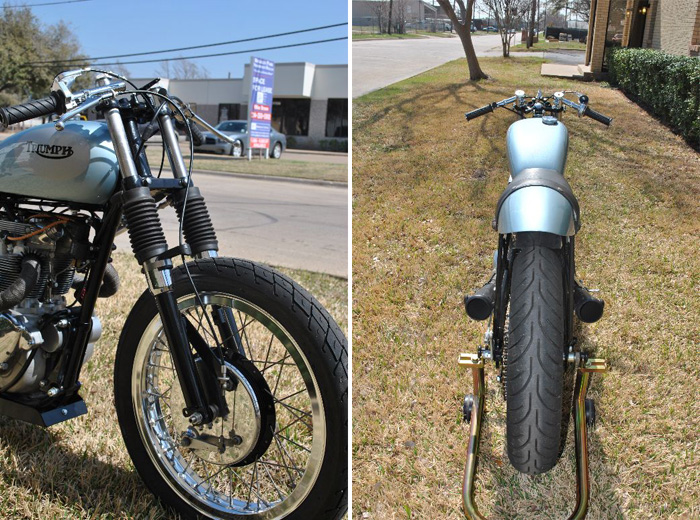 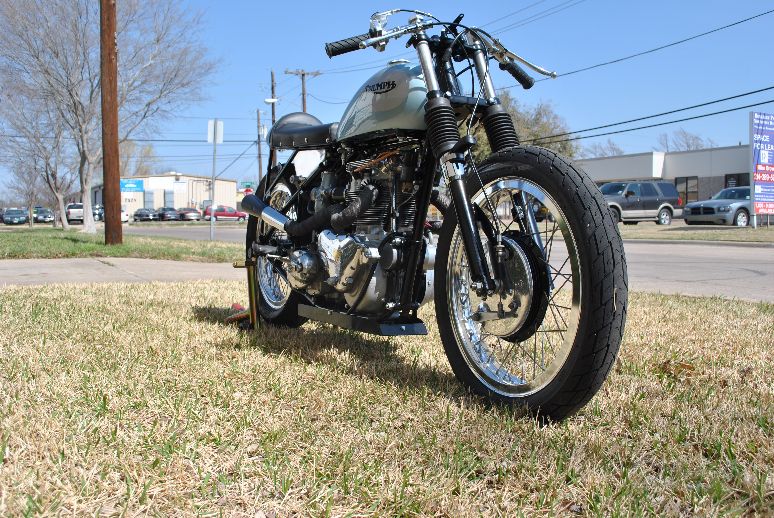 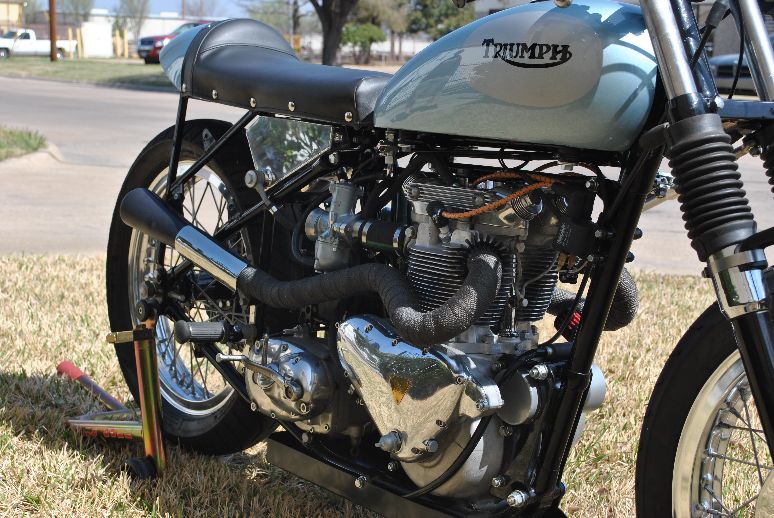 The First Annual Pipeburn Meat Burn & Burn
Pipeburn Poll: Full-Face, Open Face, Or None At All?