The country of Wales is famous for producing two things, the singer Tom Jones and also for mining many precious metals. Ironically, precious metal was all that was left when Welshman Andrew Greenland stripped the plastic off his 1997 Honda Dominator and did a ground up rebuild. Andrew has a serious perchant for Honda Dominators and he does them impeccably. This isn’t the first Dominator he has built, and by the sounds of things it won’t be his last. 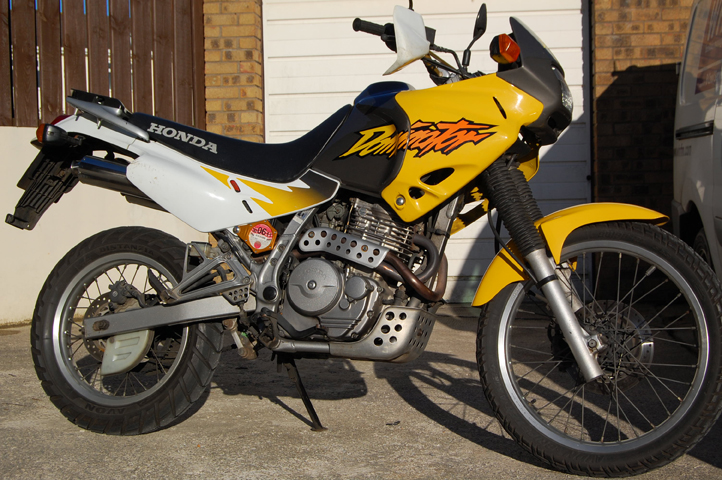 I know what you’re thinking. Why get rid of all that beautiful yellow plastic?

When we asked Andrew why he keeps choosing these Dominators, he replied “I pick the same bike because to me they’re the best candidate for a relatively inexpensive custom, they are cheap to buy, reliable, strong, have modern brakes, suspension, electrics, relatively uncomplicated and made by Honda of course!” 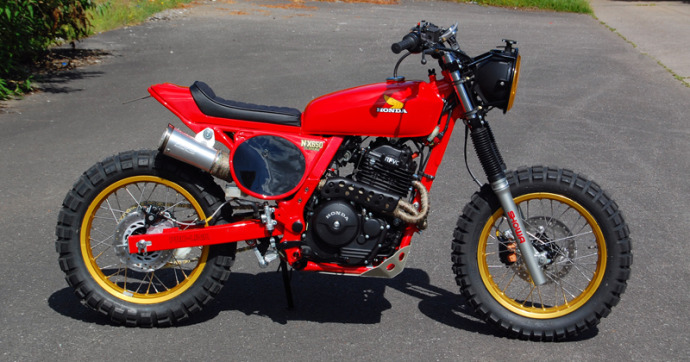 Here’s how Andrew describes the finer details: “Front wheel rim was changed from the 21″ to a 17” x 2.50 wide and a rear tyre (120 wide) fitted for more “chunk appeal” if there were such a thing! Exhaust headers from an XR650L and supertrapp from the same bike. Hand made rear seat unit, seat covered in alcantara suede. Rear led light built in to the seat unit originally came from a CRF450. Headlight from Baja designs, dash from trailtech, brembo brakes with goodridge stainless hoses. K&N cone filter. Carb upjetted from a 145 to a 190 and the needle raised 0.75mm. NOS Honda cg125 fuel tank and tap. Reproduction cr250 1975 sidepanels. Renthal chain, sprockets and bars. Stainless spokes and gold anodised rims. 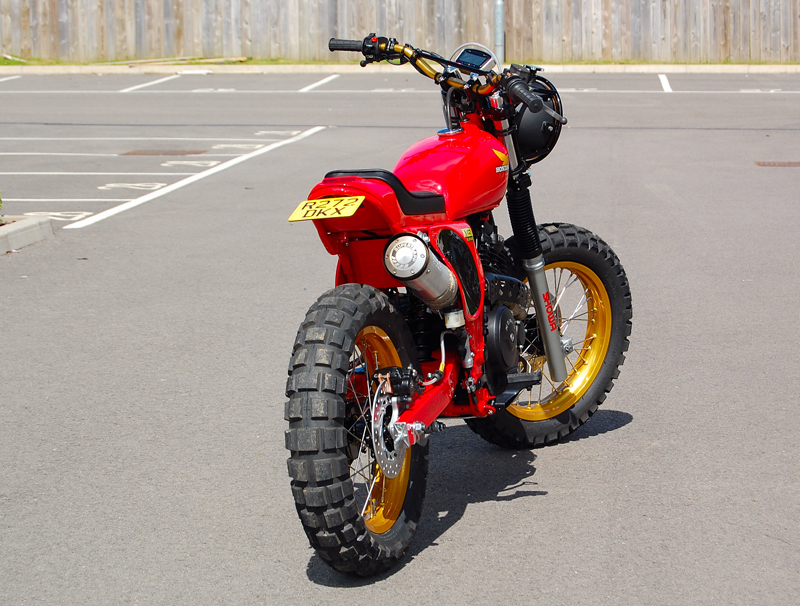 The build took Andrew seven weeks which equates to around 300 hours of blood, sweat and tears. He even did all the paint work in his shed with his “ever-faithfull rattle cans.” This time around he wanted a more 80’s feel to this Honda, hence the use of lots of bold red or “Little Red Corvette” red as we like to call it. 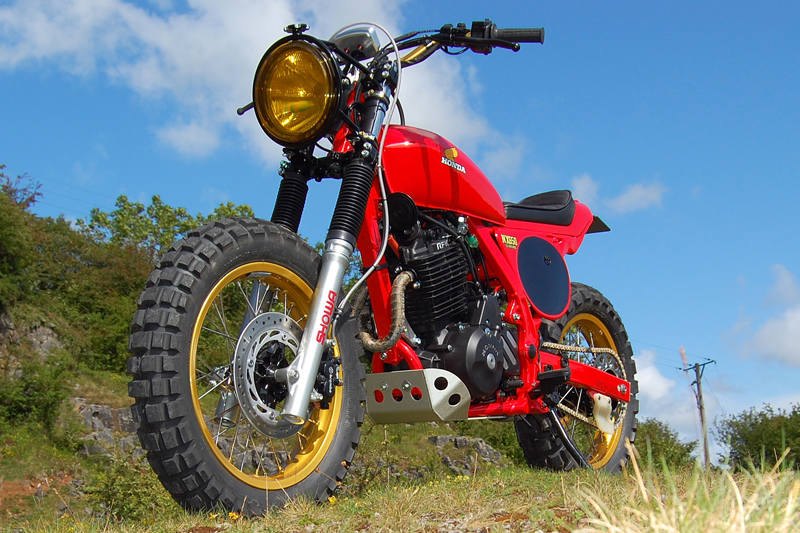 It looks great but what does it ride like? “Once complete these bikes really do perform well due to shedding so much weight, lowering, improving the performance with carb and exhaust mods, the 17″ front wheel all make for a very reliable bike with excellent handling and fun to ride (and cool looks of course!)” he says. 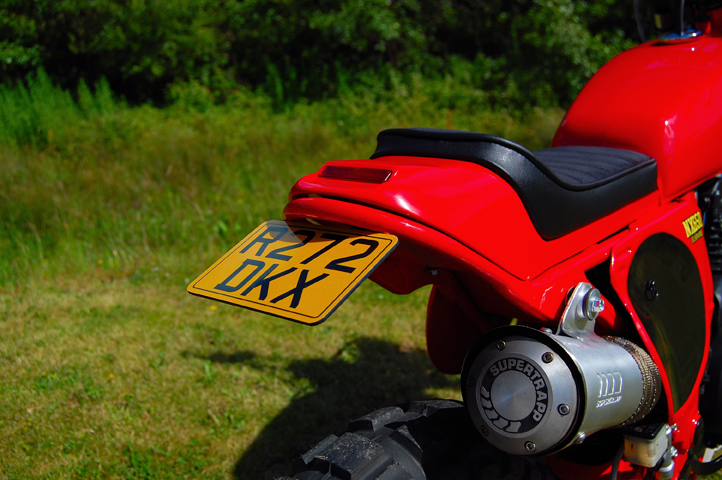 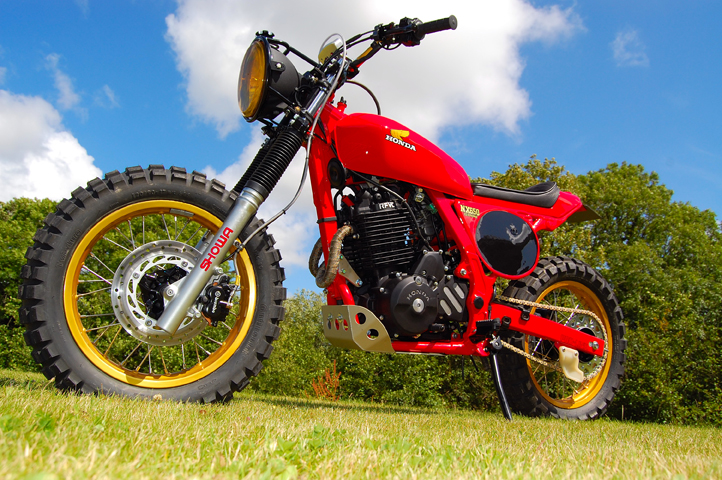 Guess what Andrews next project is? Yep – it’s another Dommie. Maybe it’s time they added a new entry to the list of things Wales is famous for? We sure think so.