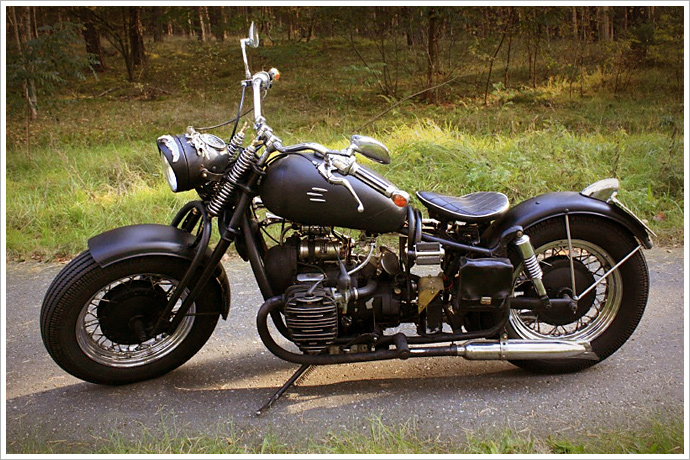 The Cold War. A passive aggressive stand-off par excellence between the world’s then super powers that lasted almost 50 years. It was meant to be the ultimate separation of ideals with a bloody great wall through Germany as the ultimate “this is mine and that is yours” gesture; like two kids fighting in the back of the family car. But with nuclear weapons instead of a few pinching fingers. As high and mighty as their egotistical intentions might have been, all it really served to do was flood the East with an obsession with American Pop Culture and flood the west with some pretty lame espionage movies. Spies Like Us, anyone? Thought not. While we’re not sure much Eastern-influenced biking goodness came to the West, we know that at least one really great thing that came/is coming from the East. We’d like to submit as evidence exhibit A, Richard Gordon Faika’s “Charlotte” from his Metric Customs Shop. Na zdorovie! 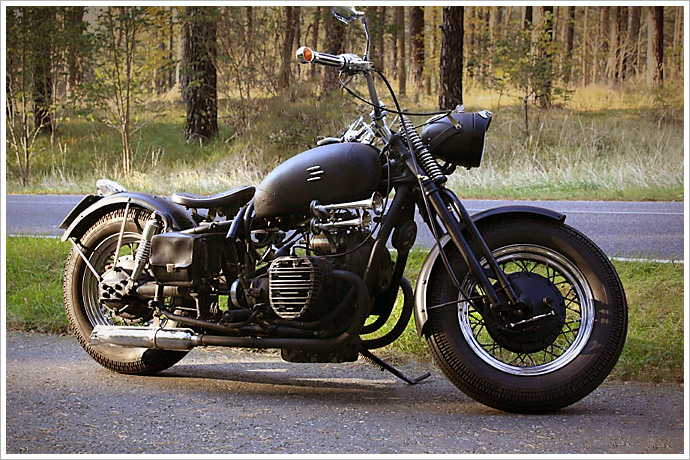 “Richard here. My interest in two-wheelers apparently formed early. When I was 4 years old I gave my scooter a thicker rear wheel and removed the breaks. At 7 years old I swapped a home-made air rifle for a moped. I never really got it to run, but the direction was clear. After the escape of my parents to West Germany, we landed in West Berlin. During school time I built my first moped from a bicycle and a moped engine. At 16 I invented my first engine concept; the Rotary Stroke engine, but the marketing failed due to lack of experience. After finishing my vocational training as a motor mechanic and electrician I was more interested to program computer software and make music. In 1997 I founded my own small software company for web design and programming as a side job. With this money I got my dream car – a 7-series Beemer. Ten years later in 2007 I got a little nostalgic and bought two Russian military motorcycles as scrap. That’s the beginning of Metric Customs – now we make tuning packages and other things like electronic ignition for the fans of this great little flathead boxer.” 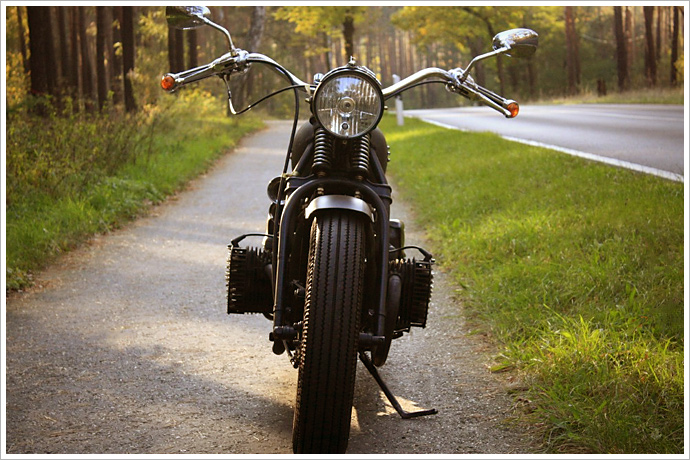 Like two prison cells welded to the side of the bike

“After build I got my hands on a springer fork made by a good friend and great builder, located in Romania. To this time he was to start their own shop and we helped together (I made his website and spruked him whenever I could.) One of his first bikes (the rat) influenced me and his springers and the rare boxer-customs gave me the idea to build “Charlotte” in my complete own style with many nice touches; complete newframe, lots of different old bike parts and my own completely rebuilt and tuned flathead boxer engine while keeping in mind of German Road laws – mostly…” 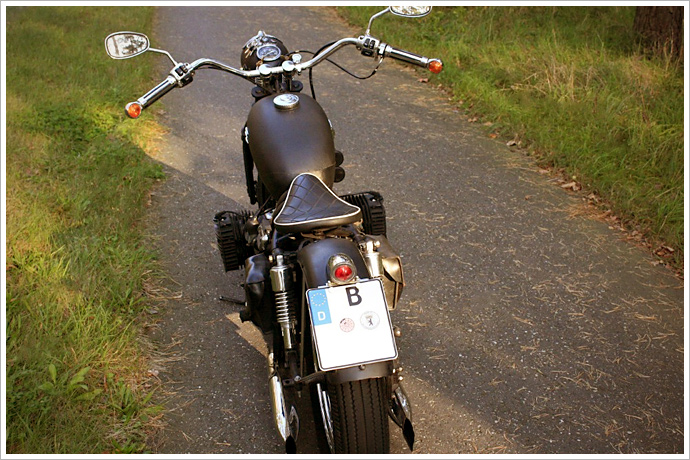 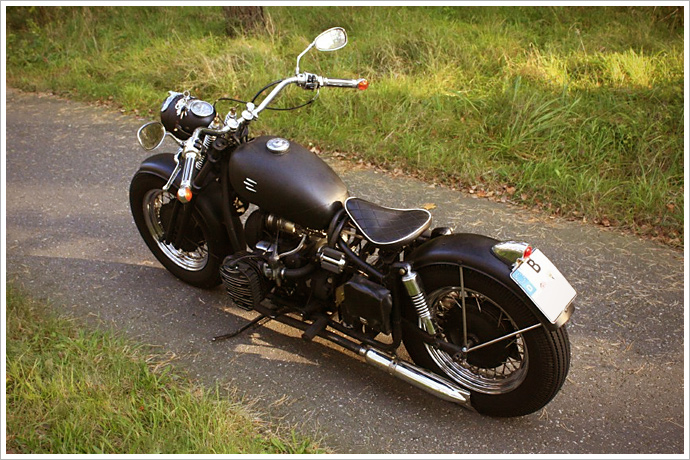 “I like the combination of the style from the twenties, brass, black and a little bit of chrome in conjunction with modern techniques like my own indicator control unit or the (not visible) programmable digital ignition system. The ignition system was necessary to get maximum of power from the old modified engines. I designed and made it all and it’s running my own programming language.” 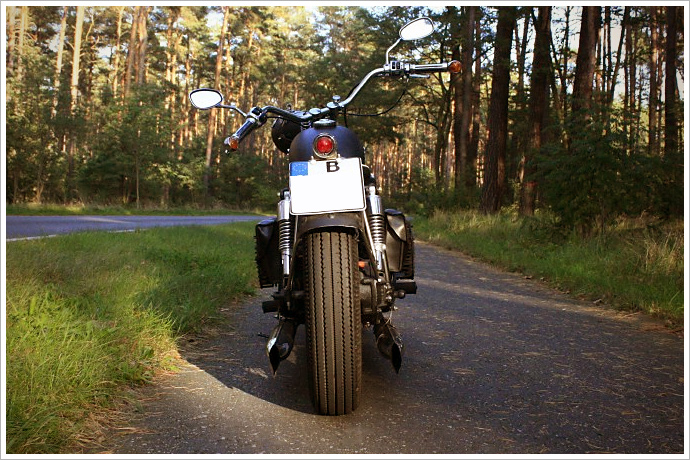 Richard’s also shot us some links which cover off the build and the sound of the bikes. He also pointed out that all his bikes are daily rides, with Charlotte just cracking the 10,000 km (6,200 m) mark. Impressive stuff. We look forward to seeing more of Richard’s culture clashes soon. Nice work, comrade Faika!