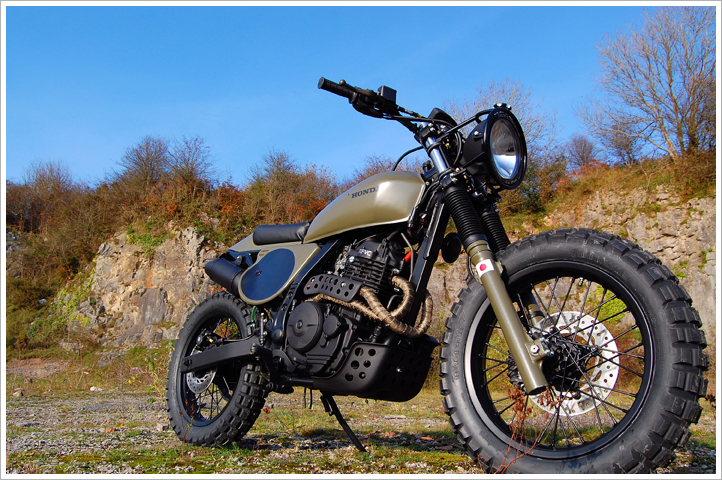 Humans are addicted to all kinds of things. The usual suspects are cigarettes, alcohol and other drugs. Then you have people who are addicted to objects like motorcycles – you tend to find a lot of them here at ‘Pipeburn Anonymous’. They collect all kinds of bikes and they crave anything motorcycle. Then you have people who are obsessed with certain brands of bikes. They will only ride a Harley, buy Harley boxer shorts and even tattoo their skin with their beloved logo. And then you have people like Andrew Greenland from Wales who is addicted to one model of bike – the Honda NX650 Dominator. It’s probably not the coolest bike on the block, at least not when he finds them, but they usually are when he’s finished. This is the fifth Dominator Andrew has built in 18 months and we think this could be his finest work yet. “I was wondering what one of these bikes would look like in military style and decided the only way to find out was to build it, so here it is…” says Andrew. 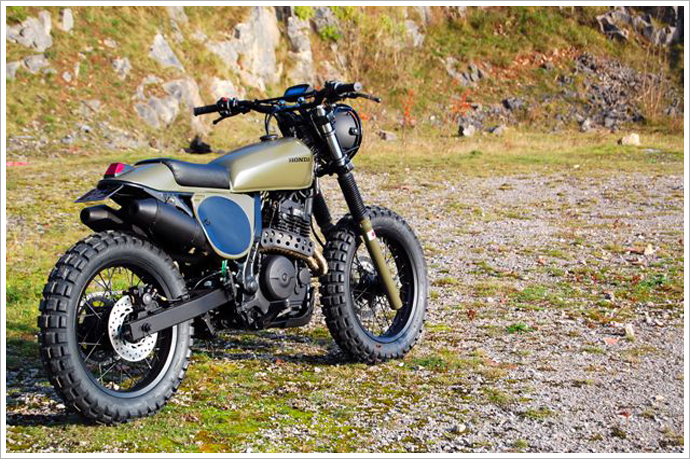 “Major mods include reducing the front wheel down from a 21″ to a 17″ x 2.5” and fitting a rear tyre to it for that “sturdy” appearance. The handling remains sharp due to the overall diameter reduction and cancels out any adverse effects due to the width, it actually has more grip because of the amount of surface area now grabbing the road. Wheels are rebuilt with stainless spokes and powder coated for durability and for the right look of course. All suspension is rebuilt but remains standard spec.” 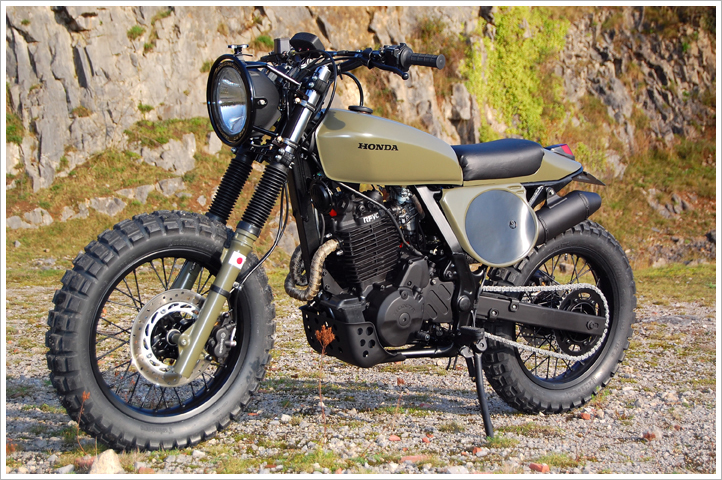 “Motor was completely pulled apart and inspected with various top-end bits being replaced due to routine more than real necessity. The rear frame section was cut away and replaced with a lower custom made section incorporating a battery box. Frame then powder coated to same finish as the wheels. Rear seat unit custom made from 2mm steel plate and is tough! Finished off with a replica 1980’s Honda XR tail light.” 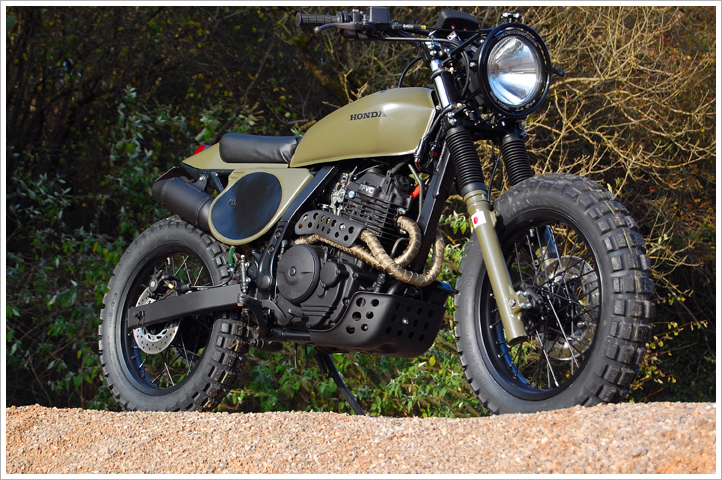 “A brand spanking new Honda CG125 fuel tank was used. A Honda cr250 elsinore 1974 model replica side-panels re-shaped to accomidate the second-hand Honda crf250 twin silencers purchased from ebay for only £12.65! bargain! I used the original header pipes and joined them together with re-worked interpipes, makes a fantastic sound. Renthal black bars, HEL braided brake lines, trailtech stealth dashboard and billet holder (now painted black) and of course my favourite headlight of all time from Baja designs usa, this time with HID set-up and is quite simply fantastic, a real must for 2 in the morning mountain road adventures!”

Andrew tells us this is going to be his last Honda Dominator build for some time. “This will be the last bike for a while as I’m taking a break from bike building and concentrating my free-time on other pursuits” he says. We still don’t know what could be more important than the work he has been doing saving the lives of dated Dominators, but we wish him all the luck in his “other pursuits”. We know he’ll be back. 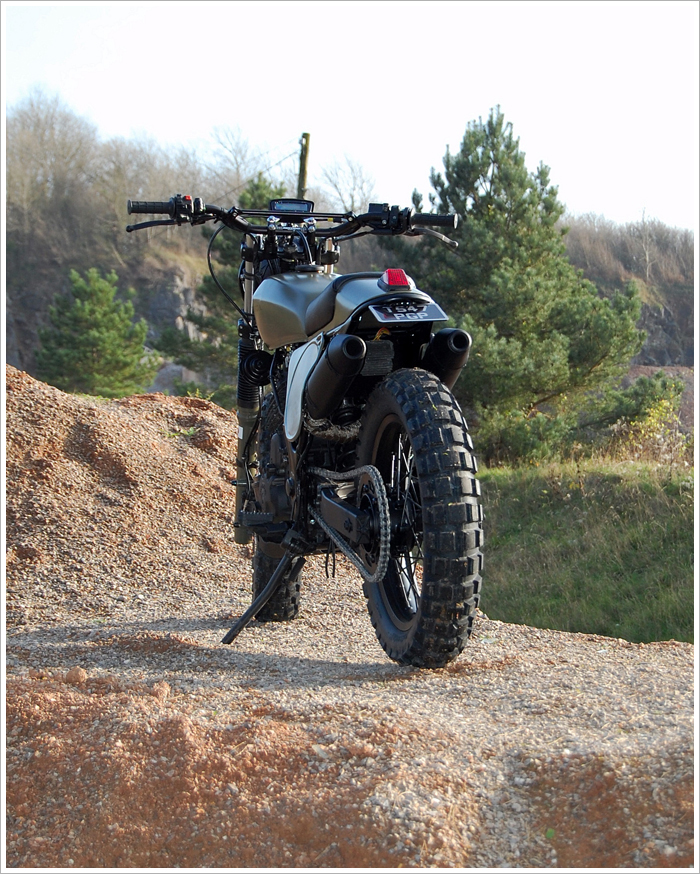