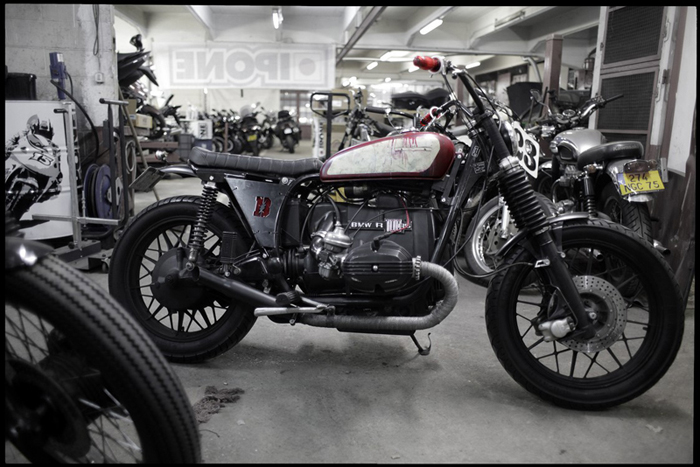 A couple of months ago we featured a beautifully shot video of some French gentleman from Blitz Motorcycles in Paris cruising the country roads of France. The video caused quite a commotion with most people liking it, but we also had our fair share of haters — but as they say in France, “such is life.” Well, hopefully their latest creation, this rough and raw BMW street tracker will show you that these guys aren’t a “bunch of douche bag hipsters” but actually a group of quite talented builders putting out some really impressive bikes.

The boys started by painting the R100/7 engine with high temperature matt black paint. They also handcrafted both rear and front mudguards, rear frame buckle and hand made the seat. After removing the original BMW tank, they replaced it with a vintage 1970’s Honda tank — keeping all the scratches and dents for added character. The handlebars have come off an old Kawasaki Z650, with new Doherty levers attached and then powder coated. Then the finishing touches were added, like the Blitz logos cut into the battery covers and simplifying those pesky electricals.

This street tracker might not be as unique or even as ambitious as their previous ‘murdered out’ BMW R60/2 which did the rounds on the internet last year — but we love it’s simplicity and it looks like it would be a blast to ride. And in the end, whether you’re wearing cool clothes or not, isn’t that all that really counts? 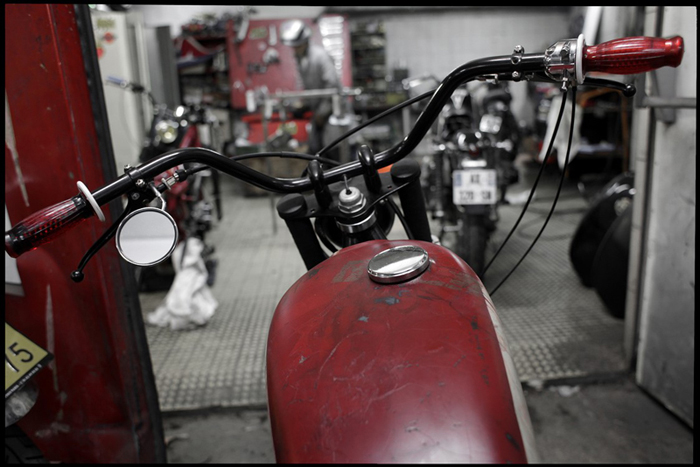 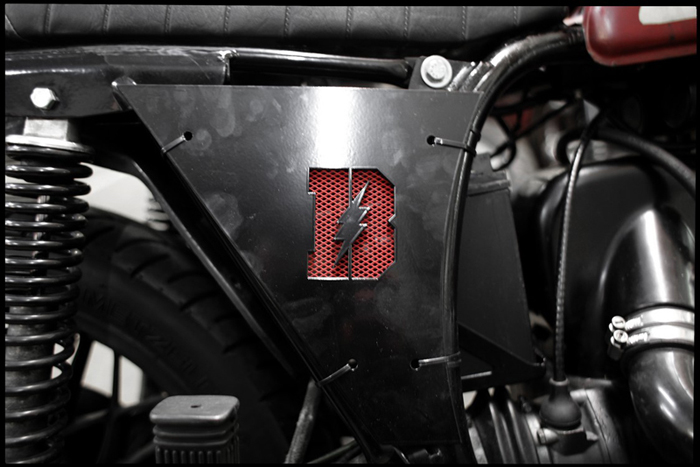 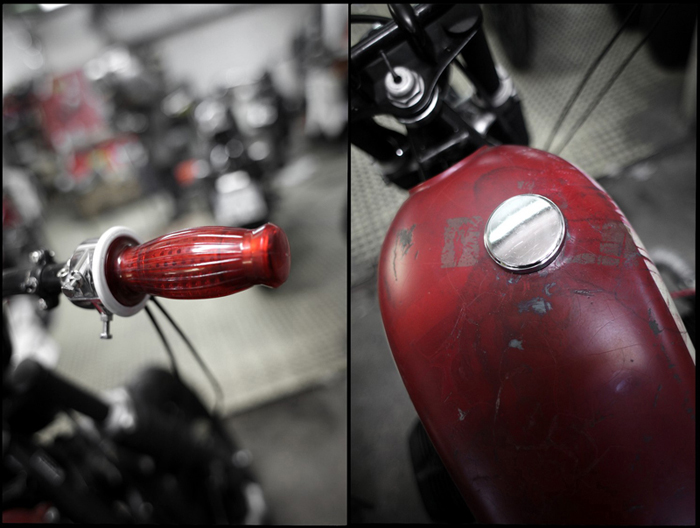 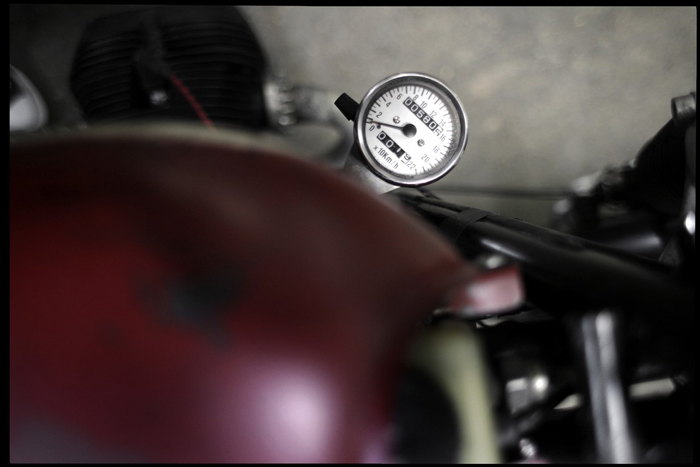