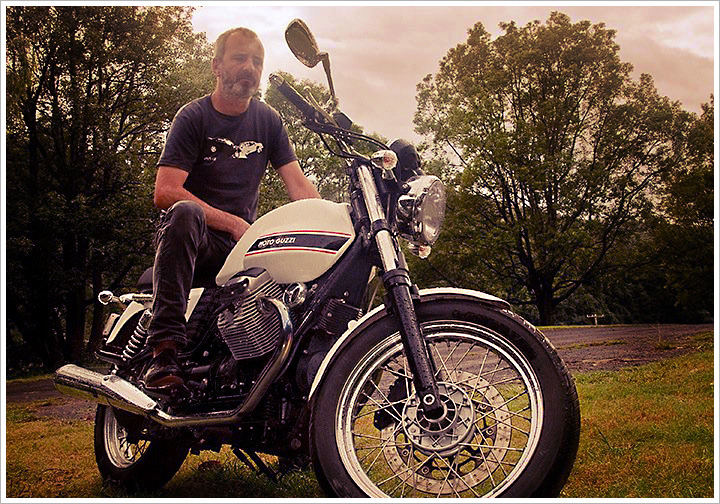 For most motorcycle enthusiaists BikeEXIF is probably bookmarked on their work and home computer. But many don’t know much about the man behind the site. It was created by Chris Hunter, who until a few months ago lived only a few miles away from me in Sydney, Australia. Chris recently quit his full time job in advertising and moved his family to a farm in New Zealand to focus on BikeEXIF full time. Chris has interviewed many motorcycling greats over the years, so we thought it was time the interviewer was interviewed himself. We asked him a lot of the same question he usually asks plus a few more….

Why did you start Bike EXIF?
I couldn’t find any moto sites that really appealed to me, so I decided to start one. It’s as simple as that, really. Most of the big print magazine-based sites are focused on new bikes, simply because that’s where the ad money comes from. Or they’re fronts for flogging insurance. Three years ago, the gap in the market was big enough to drive an R1200GS through. These days, there seems to be a new ‘café racer’ site every week!

What was the first motorcycle you bought with your own money?
I used to have a Vespa, which was perfect for getting around the city and had a surprising turn of speed. But then I wanted to head out of the city, so I bought a Moto Guzzi V7 Classic. 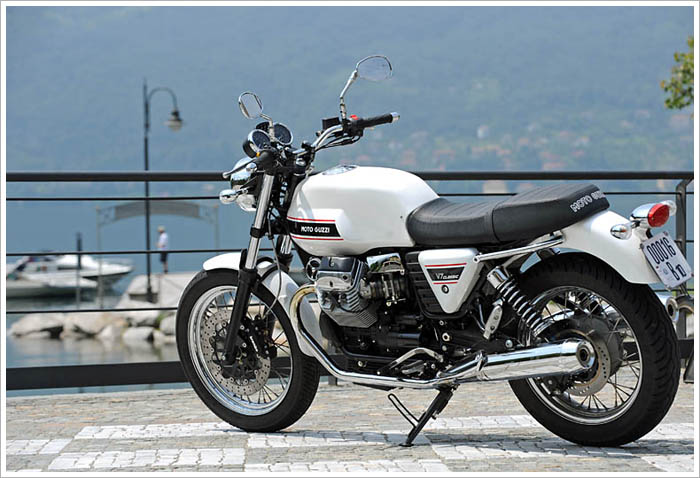 And do you still have it?
Yes. I’ve just moved from Australia to New Zealand, and got the bike shipped over. It passed the compliance check yesterday, so I’ve just had my first ride in two months!

Is there any motorcycles you despise?
I can see some merit in most bikes, even though a particular model might not be to my taste. The only aspect of motorcycling I despise is the tiny minority of ‘bad boy’ riders, the kind who wear Nazi regalia or skull face masks.

Electric motorcycles: Yes or No?
On a personal level, they don’t appeal to me. I enjoy the raw, mechanical aspect of motorcycles. The sound and the fury, if you like. Having said that, I’ve never ridden an electric bike, and the right experience might convert me. I like where Honda is going with the RC-E concept. 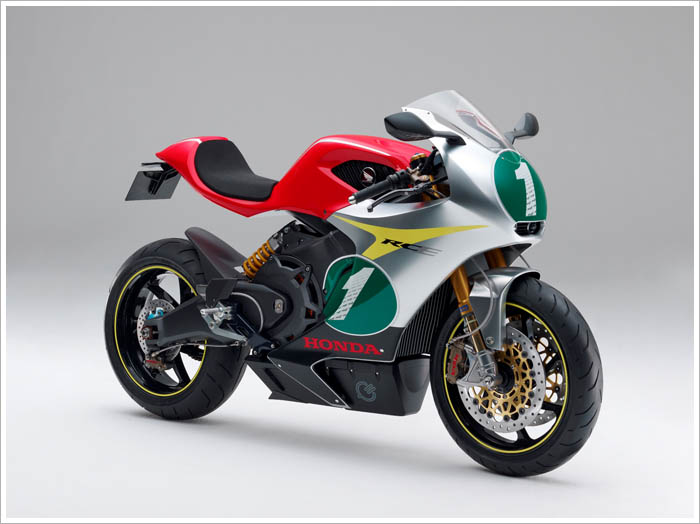 What is your favorite journey?
I love riding around the Snowy Mountains in Australia (pictured below). It’s a good destination if you live in Sydney and can spare a few days away. I’ve done this trip twice with Adam Leddin (editor of Cycle EXIF), and both times it was a blast. The Snowies are the highest Australian mountain range and there are some truly amazing roads around there. 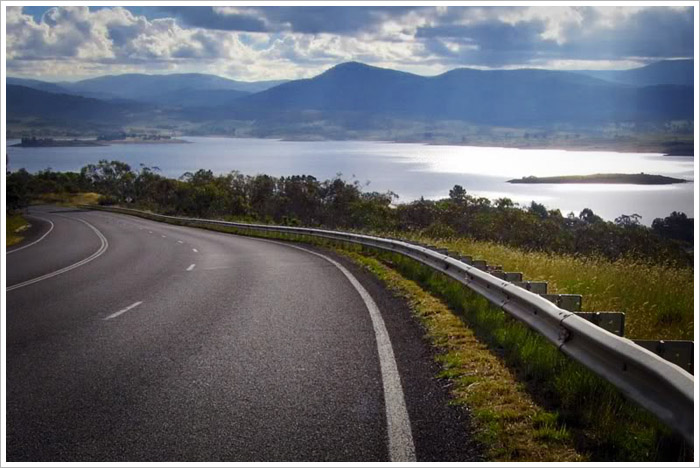 Which ‘everyday’ modern bikes do you think will become future classics? The equivalent of the Honda CB750 or Moto Guzzi V7 Sport, if you like?

I’d nominate the BMW F800 GS. Genre-breaking, hugely influential, and a sales success. The Ducati Monster is up there, too. Just like the old Triumph Bonnevilles still pottering around today, I think we’ll see lots of Monsters on the road in thirty years’ time. 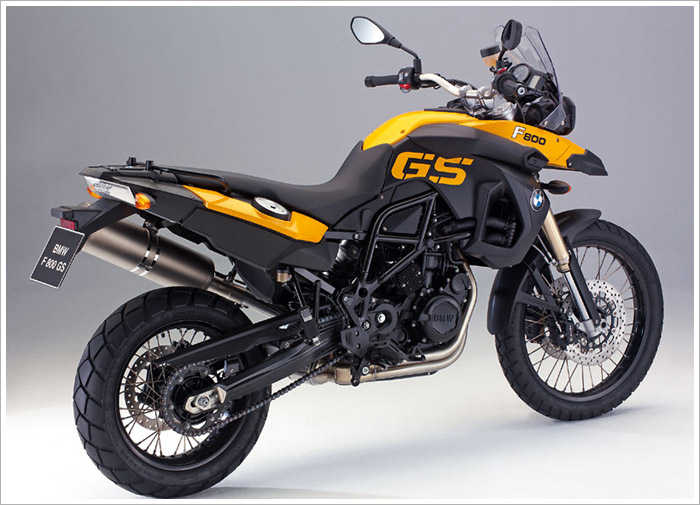 Who are your real-life motorcycling heroes?
When I was a kid, I was a fan of Barry Sheene. He was the complete package, with huge skills and a personality to match. (I’m sure some earlier riders were cut from the same cloth, but I’m too young to know enough about them.)

The New Zealand rider Graeme Crosby probably deserves a higher profile: in the space of three years at the start of the 80s he won the Isle of Man TT, the Daytona 200, the Imola 200 and the Suzuka 8 Hours.

I admire Guy Martin for coming back after that horrendous crash at the IOM TT in 2010. And Casey Stoner for proving his doubters wrong.

Anyone who finishes the Daker deserves credit too: that’s perhaps the sternest test of all. I’d single out the late Gaston Rahier, the tiny Belgian who took the huge BMW GS to victory twice in the mid-80s. 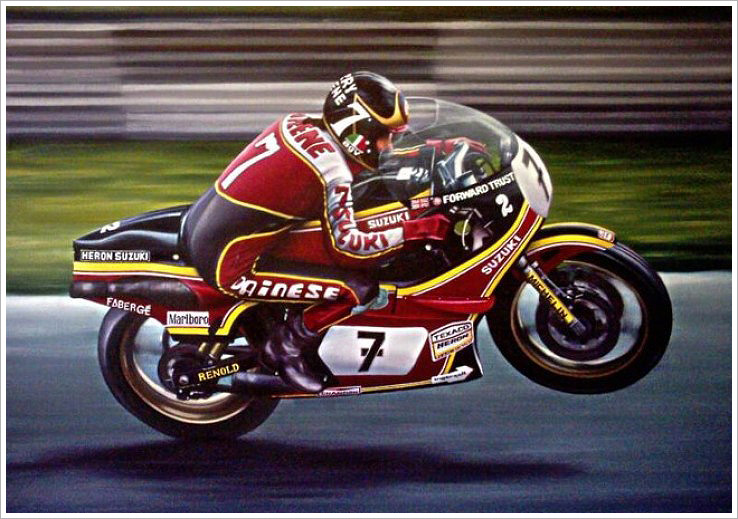 The legend that was Barry Sheene

Are you optimistic for the future of motorcycling?
I’m cautiously optimistic in the face of increasing threats. In the western world, motorcycling doesn’t have many friends in high places. Legislators ‘tolerate’ bikes: they’re a solution to congestion issues, they’re relatively economical, and they’re cheaper than cars.

On the other hand, they’re much faster than cars. They’re seen as thrill rides, with a high chance of messy and expensive accidents. So there’s a major point of political friction in our increasingly sanitised, regulated world.

My other worry is the lack of interesting bikes from Japan. The Euro makers are the ones building great motorcycles, so they’re seeing the big sales increases. Japan seems to be stuck in a rut, with endless mild rehashes of identikit sportbikes. (But if that’s why more and more people are customizing older bikes and restoring classics, it’s fine by me!) 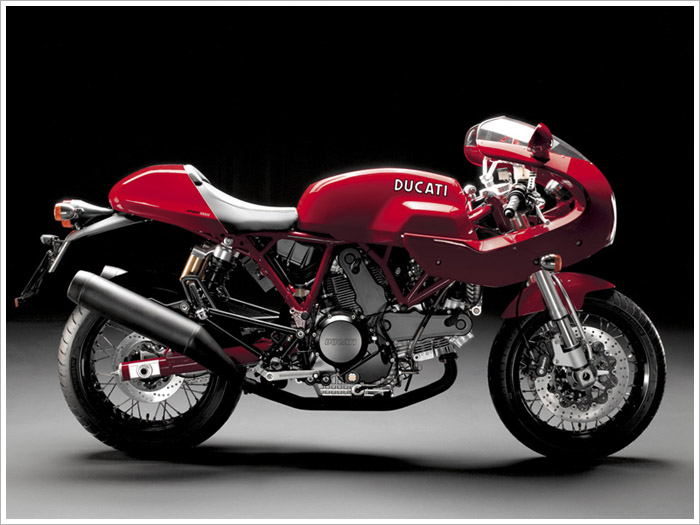 Ducati Sport 1000 – Yes, the Europeans are doing it right.

What is your current state of mind?
Unsettled. I’ve just switched from a full-time job to running EXIF full-time. I’ve also just moved country, and I’m about to move into a farm that needs major renovation. My office is a kitchen table. There’s too much going on at the moment.

Have you ever regretted posting a motorcycle on Bike EXIF?
I wouldn’t say ‘regret’. I do sometimes look back and think, “Yeah, that one wasn’t as good as I thought it was.” I can usually tell what reaction a bike will get, but a few times I’ve been caught on the hop when a flame war has broken out in the comments. But then there’s the privilege of posting a truly great bike, or helping an unknown builder make their name. There’s a lot of negative comments about vintage Firestone tyres these days. Where do you stand on the whole topic?
If you ride a +100hp machine, there are better tyre choices. If you have a cruiser or bar-hopper type bike, I think Firestones are okay. Matt Machine commented recently, “I have ridden a bike with Firestones fitted to the front and back. I found that around town the tyres performed well, except for a single hitch … under extreme cornering I found I lost some grip at the front … the tyre edge does not seem adequate.” Having ridden through Sydney with Matt, I can say he’s not a slow rider. If he thinks the tyres are ok for the casual rider, that’s enough for me.

Exhaust wrap. Yes or No?
If it’s used to cover up shoddy welding, no. If it’s on a clichéd CB750 with checkered stripes, no. Otherwise, I don’t mind it. It’s a popular styling feature at the moment, but still rare on the road. Like most trends, it’ll probably fade away. People will then find something else to pick on.

You have all the money in the world, what bike do you buy?
There’s no one single bike I would elevate above any other. There’s a handful I love, though. I adore the machines of AC Sanctuary, Officine RossoPuro and Walt Siegl—the whole resto-mod thing. I love Radical Ducati. Anything by Deus, The Wrenchmonkees, Classified Moto or Café Racer Dreams gets my attention. If you put a gun to my head, I’d probably take a Moto Guzzi Ambassador that’s been rebuilt by Ritmo Sereno. 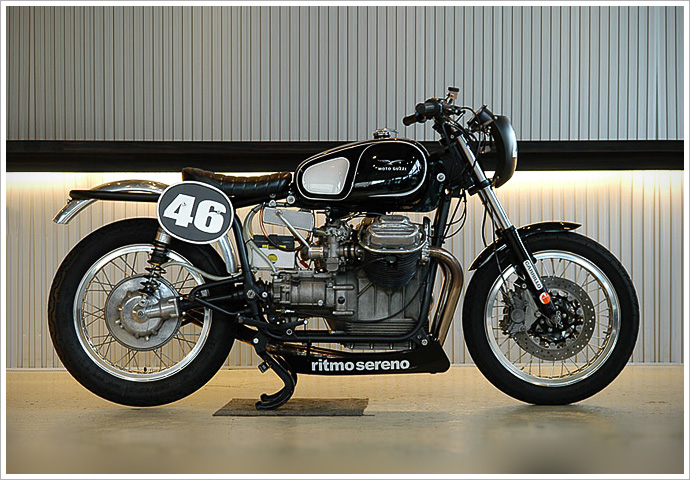 You recently left the city life of Sydney and moved to a farm in New Zealand. Will we be seeing quad bikes now on Bike EXIF?
Definitely not! We might see a few more vintage dirt bikes though. I have a soft spot for old Bultacos, Montesas and Husqvarnas.