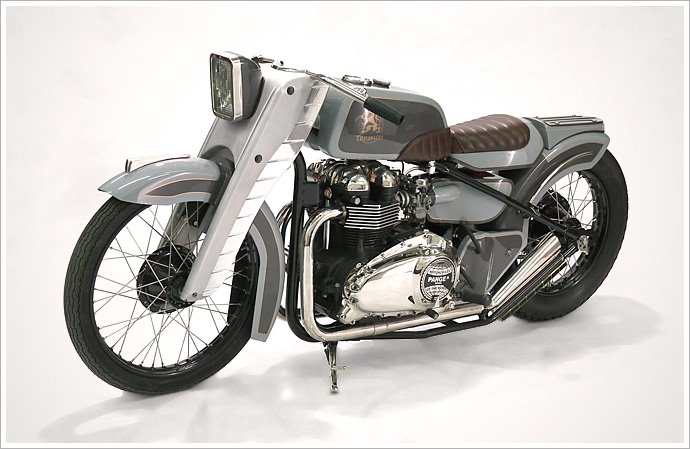 Most jobs have their little perks. Whether it be free product, brushing shoulders with the rich and famous, or VIP access to big events it’s something most of us get to experience at one point or another. Here at the house of ‘burn, the main perk is being bombarded with brain-fryingly great bikes on a daily basis. Some days you feel just like Hugh Hefner; but instead of being surrounded with silicone and Viagra you are nipple-deep in the world’s coolest bi-wheeled rubber and ferrous art. Having access like this allows you many insights to the world of great builders and customers. The one that jumps to my mind in the context of the beautiful bike you see here is the “calling card” idea. That is, the necessity for a builder to knock out a killer bike that will forever be seen as a beacon of their skills. For Evolution’s Paul McKinnon it was his amazing Harley ‘Cojones’, for Falcon it was their breath-taking ‘Kestral’, and for Denmark’s Wrenchmonkees the mind-blowing Honda CB750 ‘#11’ was their pièce de résistance. And unless we are sadly, weepingly, snot running down our faces mistaken, what you see here is nothing less than a bloody big flag in planet custom bike terra firma from Andy and the guys at Pangea Speed proclaiming their entry into the big boys club. Welcome guys, nice to have you on board. 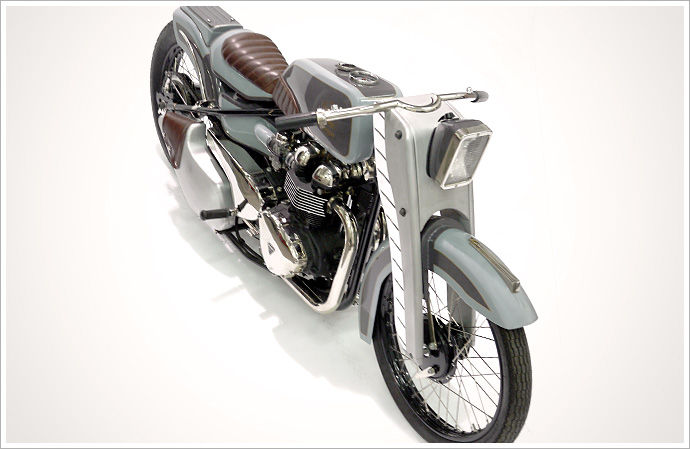 Heeeere’s Andy. “The bike is a 2008 triumph speed master. I build this bike for my good friend Bret Walton, he basically told me to build the wildest bike i could think of and this is what was born. Bret had the engine laying around so i took that and bought some ratted out tr5t / t120 wheels and built the rest out of sheet metal and tubing.” 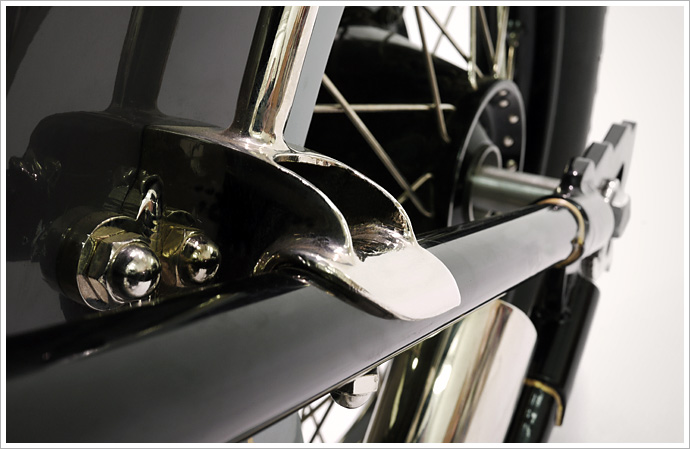 “I designed the fork and had Dave Vogt model it up in solid works so that they could be machined. Dave did the paint job and Andy Kawahara pin striped it. I basically wanted to design a bike that had the functionality of the WWII era bikes so that is where the luggage rack and saddle bag come in.” 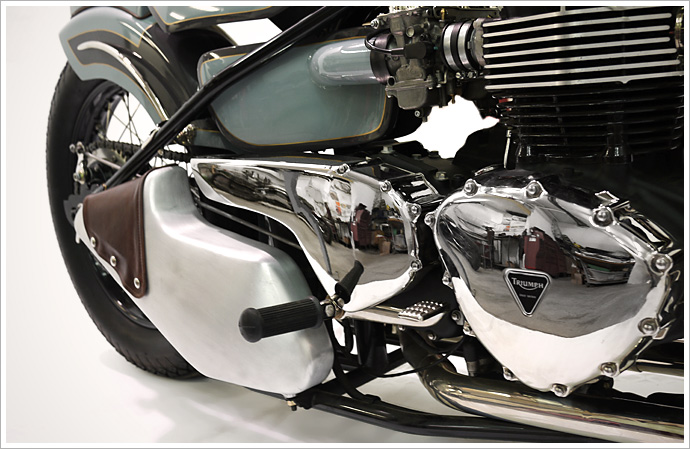 “The seat is suspended on a hidden leaf spring and has an adjustable cam to raise and lower the seat for different riders. Mike Robbins did the stitches on the seat and knee pads. the bike was featured in last years born free builders series and took about a year to build. I am very fortunate to have the best clients on earth.” 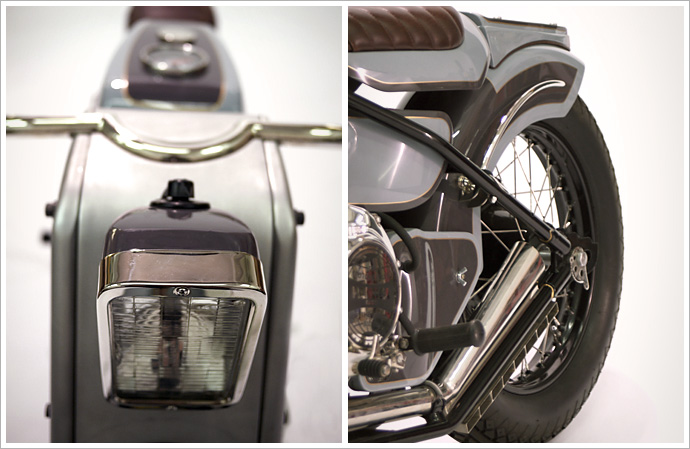 Andy ended his email shyly asking for us to plug his shop, as his usual “balls to the wall” production schedule has opened up over the next couple of months. If you are on the same page as we are with this bike, I’m guessing that this won’t be the case for long. In or around Salt Lake City and are looking for a custom build? We’d strongly suggest that you get in touch before Andy and the boys go all “Jesse James” on us and fill up their dance card until the year 3000. Ish.