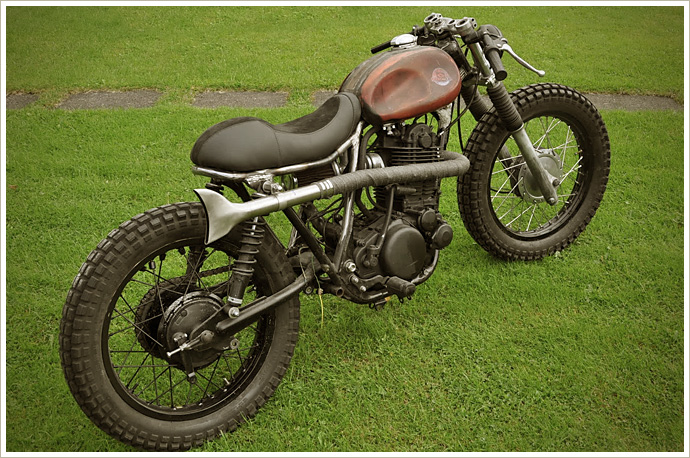 Some bikes are served to us on a silver platter, replete with back story, specifications, build photos, screen shots from the eBay ad, the builder’s mothers maiden name, when she lost her virginity and some original polaroids of the aforementioned event (with handwritten notes), and a professionally shot selection of photos with notes from the lensman himself noting time of day, ambient temperature, and how many beers he’d had with his delicious lunchtime meat pie. Then there’s this bike. You want information? We have just about as little as we possibly could without having nothing but a gaping black hole where our email inbox used to be. The real crime here? It’s that something so arse-smackingly cool can be so damn anonymous – like finding out that the hottie across the room at the party who took your breath away is actually suffering from amnesia. 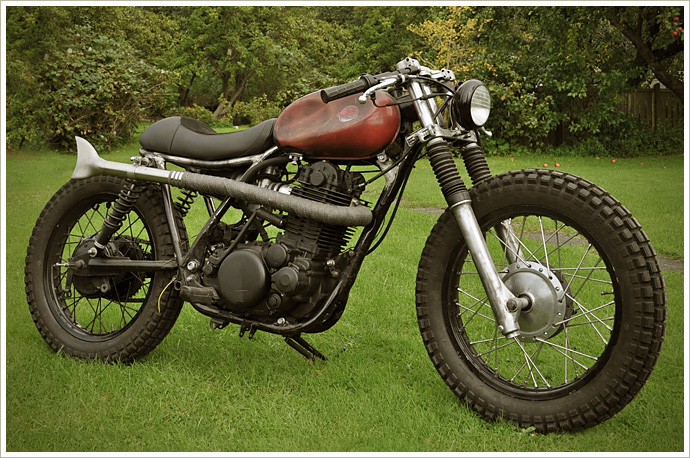 Here’s all we have, courtesy of TwoWheels Blog. “Today’s special bike is called the “Bastard” and is the brainchild of Mr. Jurgi. The model uses frame and engine of a Yamaha XT 500, linked to a swing arm from a Yamaha XS 650 that provides the bike with more stability. The rear part of the frame is hand made, while head lamp, handlebars and fork are also self made by its creator. Other highlights of this dirty ‘Bastard’ include its vintage Hercules fuel tank, the nice 18″ wheels and its fascinating and unusual exhaust. We think that this bike is simply awesome: well done Jurgi.” 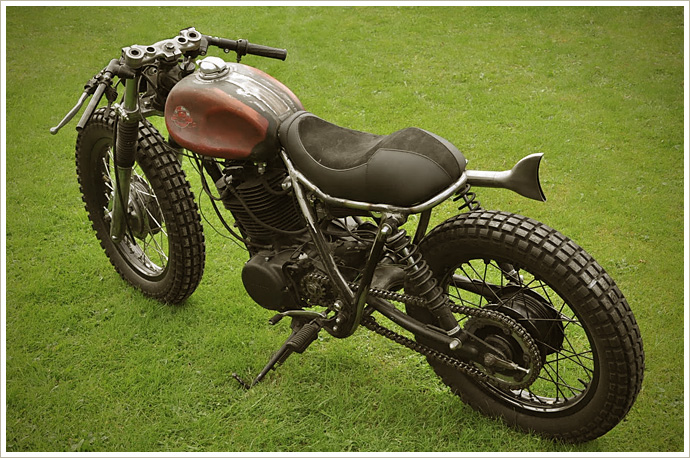 Hercules is a German bike company that ran from 1886 to 1992, and was the first bike company that offered a rotary-engined bike when it released the W-2000 in 1974. And no, they weren’t top of our “first motorbike company that jumps into your mind when you talk cool customs” list either. In fact, we’d barely heard of them at all. 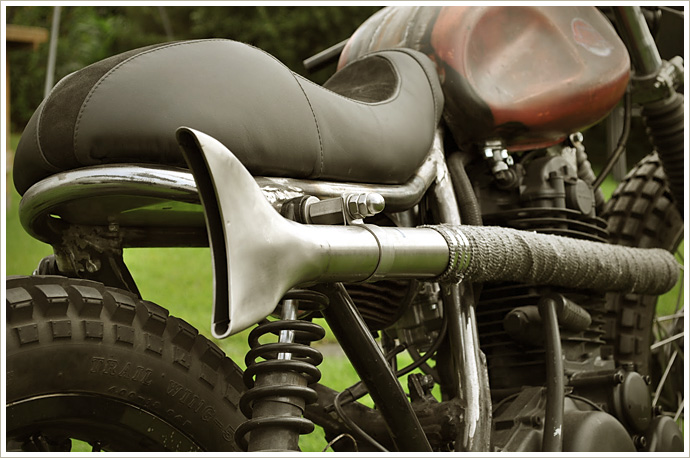 The exhaust is obviously by Hoover and the tires seem to be Bridgestone Trail Wings – an inspired choice in my humble opinion. And the second rat bike that we’ve featured here with dirt tires on it in as many posts. Don’t hold your breath for the trifecta. 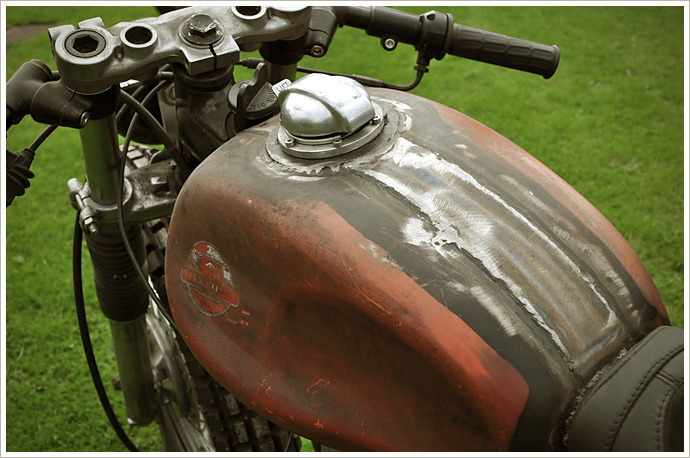 Tank seems to have been bashed and slashed in pretty much every way possible – we’re not even sure that petrol cap is original. Note oil-in-frame filler cap and missing bolt from center point of top triple tree. Excellent. 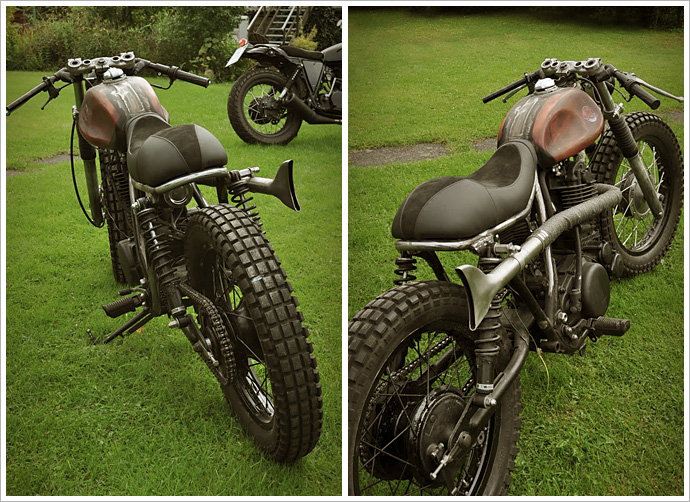 Update: We’ve been contacted by the guy who shot the photos of the mystery bike above. His name is Momke and he tells us, “Jürgi and his friend Friedel have a small work shop in North Germany since a long long time an the they ride repair and built XTs SRs and XSs since a long long time. After some beers they had the idea to build a bike out of all the scratch that was laying arround and collects dust. So the Bastard was born, pretty simple story, like the bike itself. This summer I´m taking a shoot of Jürgis awesome BMW R69S Café Racer, so stay tuned!”