MotoMatic’s “Step Up Your Game” 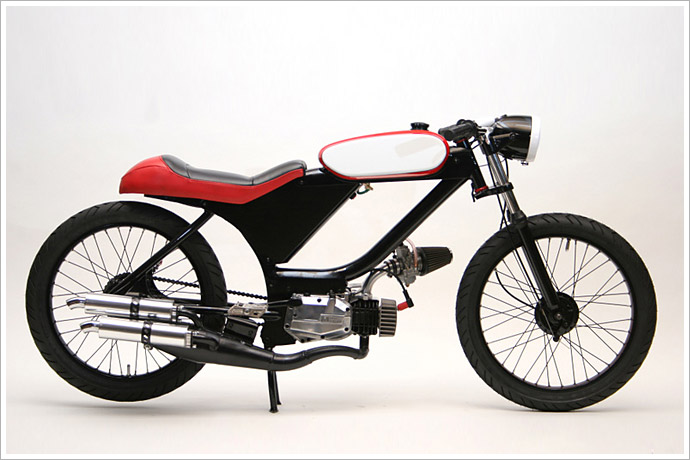 Whenever we post a moped it usually polarises our readers. You either love it or hate it, and you never hold back – that’s why we love you guys. And when it comes to mopeds we don’t really know anything about them. To be honest, I didn’t even know what a batavus hs-50 was until I googled it. All I know about mopeds is that when I see one I like, it’s usually a stripped back piece of rolling art. Like this stunning Batavus moped built by Nathan Kiehn and the guys at Motomatic. Their philosophy is pretty simple “we want to build bikes that have the nostalgia of the past, the power and performance of the present with a touch of reliability and style to them.” Sounds like a pretty good combination to me. 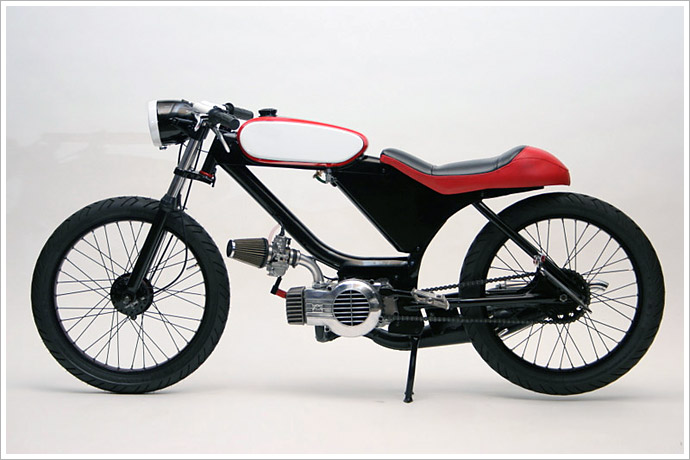 Over to Nathan to tell us about the build and a little more about Motomatic… “So I have been into mopeds since 2000 and started working on them for a living in 2006. I had heard about some moped racing going on in San Jose that summer and went to check it out. That day I met Mike Rafter (ex pro skateboarder) and he asked me to build him a moped. It took another year until it was finished and “step your game up” is what I came up with. The bike started out as a batavus hs-50. I made the motor mounts, rear end and seat. At the time I only had an oxy acetylene welder so all of the welding on this bike was done with that. I bent all of the tubing with a vice and torch. There is no body filler on the frame and I did all of the powdercoating also. I built the wheels out of parts from 4 different bikes and trued them myself. The only things I didn’t do on that bike are cover the seat and paint the tank. 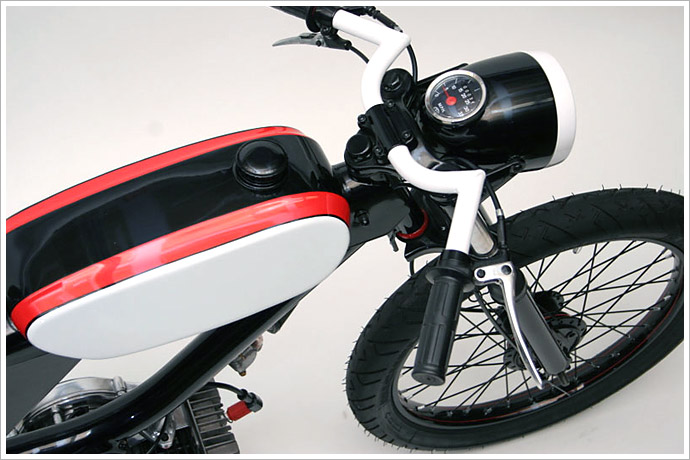 Mike and I became friends and we decided to start Motomatic together in late 2007. Moto Matic Mopeds specializes in custom mopeds and hand made moped parts. In June 2011 Mike got a different job and left moto matic so now it’s just me. It can get a bit overwhelming at times but I love building custom bikes and parts. I have always liked small vehicles and there is something about mopeds that appeals to me more than motorcycles. When I build a bike I try to upgrade anything I can and still keep the look of a moped.”

So you like what you see? Got you thinking about buying a little moped as a side project? It’s ok, you can tell us…

[To see more from Motomatic, check out this sweet little vid] 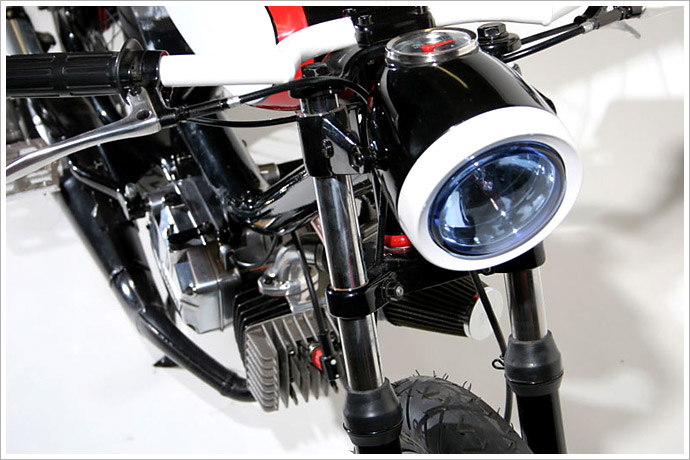 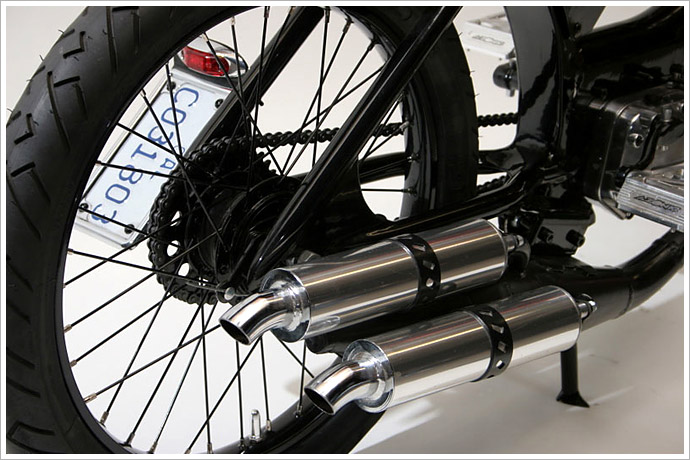 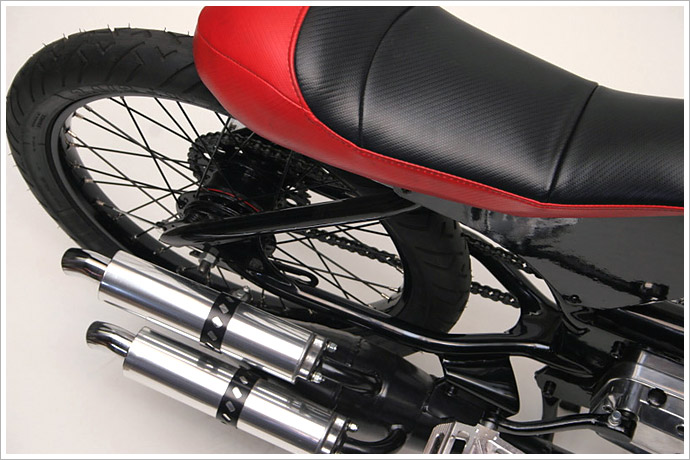