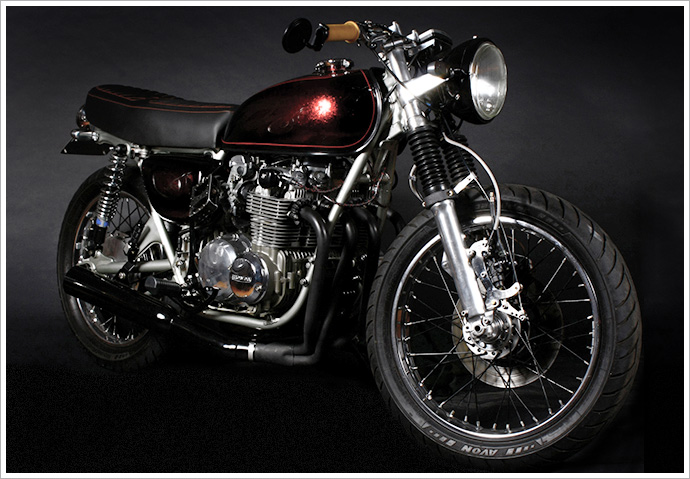 My knowledge of American geography is pretty poor. And when I say poor, I mean totally crap. It wasn’t until very recently I realised there were two Washingtons, and I really thought there two states called Kansas, but one had an “Ar” in front of it. And just when I’m feeling really down and out about it all, I then get sent this sweet-butt bike from the guys at Bridge City Cycles, which I am now told isn’t a shop in San Francisco. C’mon! That makes no sense at all… 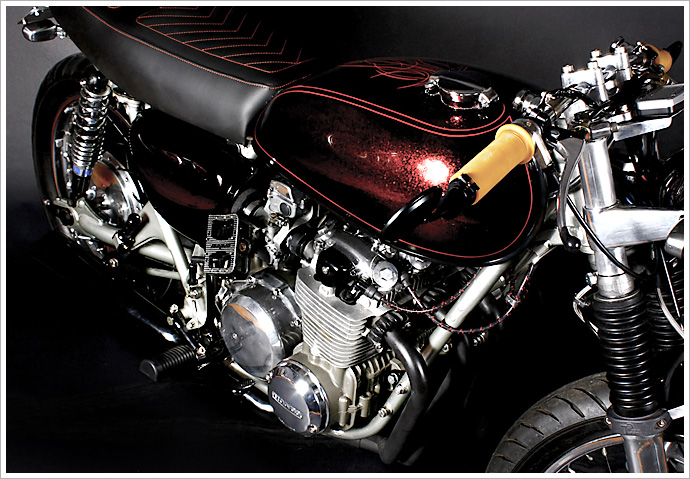 Here’s Bridge City Cycles‘ blurb on the build. “This premier year CB500 began as a rather stock motorbike. After showing all the signs of almost 40 years of wear, leaking carburetors and a bad head gasket finally kicked this project off. Things went a bit further than expected. Equipped with a port and polished head, some top-secret carb and engine work, boasting a compression ratio of 10:1, this little CB500 is a force to be reckoned with.” 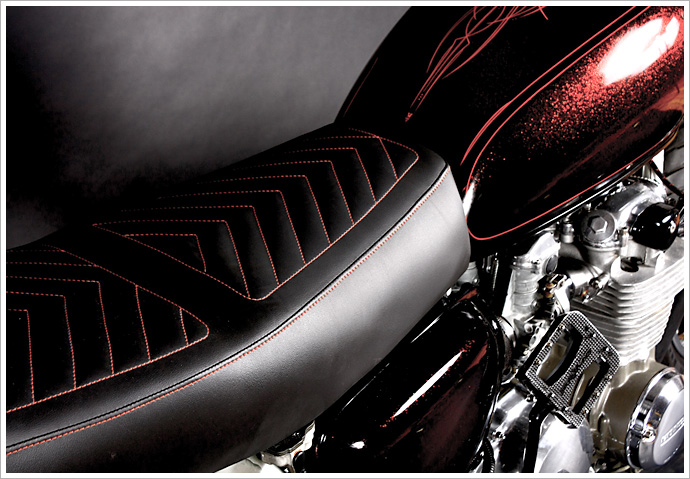 “The wheels were taken completely down, spokes powder coated, and hubs polished and detailed. A relocated, hand built master cylinder set up, HID lighting system, and a digital information system are some of the upgrades that help bring this vintage ride into the modern age.” 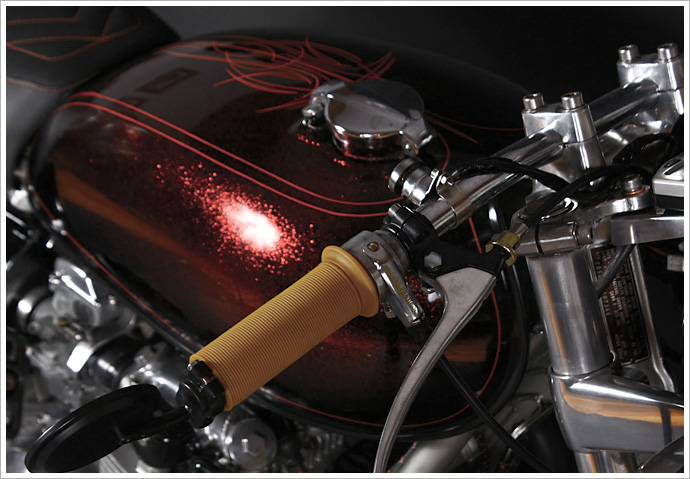 “The frame was shot a sliver metallic, while the stock tins were shaved, flaked and candied a remarkable “Sparkle Blood Red”. With the exception of a re-covered seat from New Church and pin striping by BCC’s good friend Jeff Wolf of the Deviants Car Club, all of the work on this bike was completed in house. The Unusual Suspect is a labor of love, some might say the illegitimate love child from the twisted minds of Bridge City Cycles.” 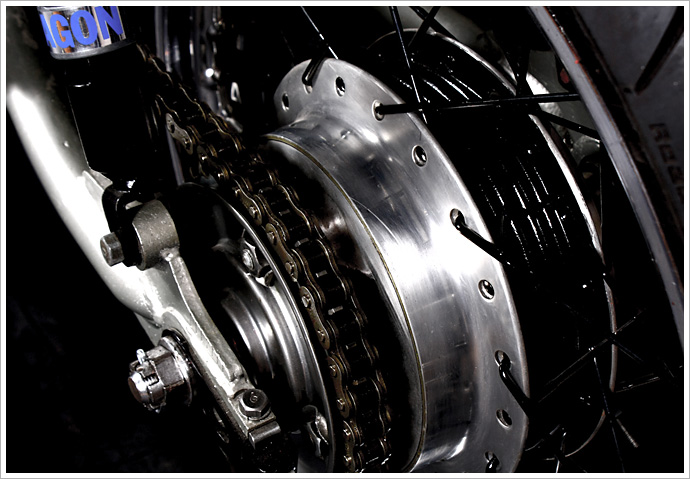 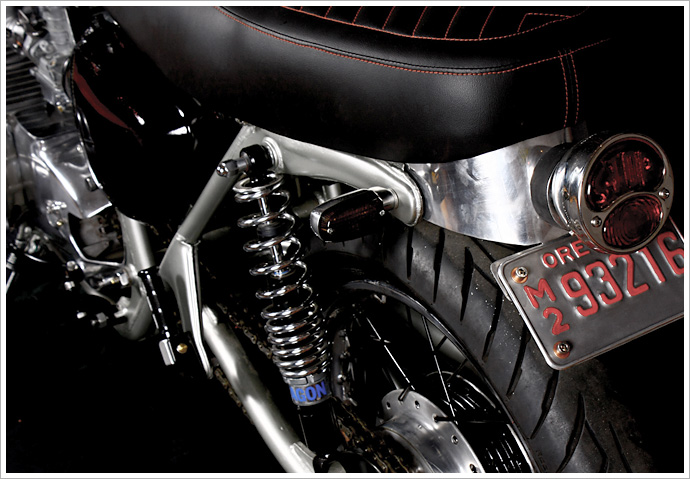