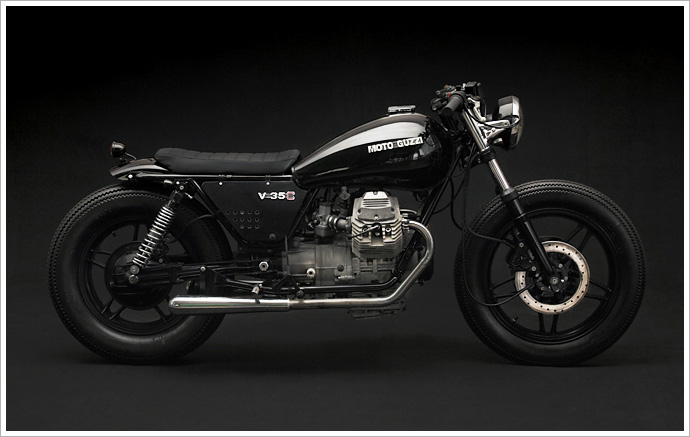 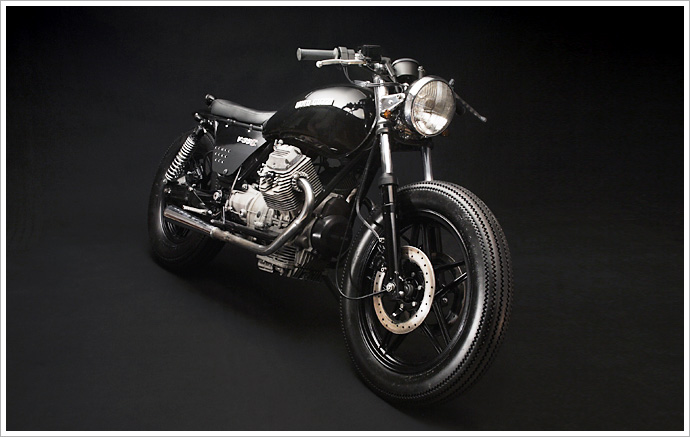 Here’s Stefano. “I’m 32 years old and I started modifying motorcycles when I was a kid. Living in the Italian country side, the only thing me and my brother Marco had and still have were motors and long streets. We are from Friuli in the north east of Italy, living in Cordenons in the exact middle of nowhere. Unfortunately, my family was and still is against whatever I do around motors.” 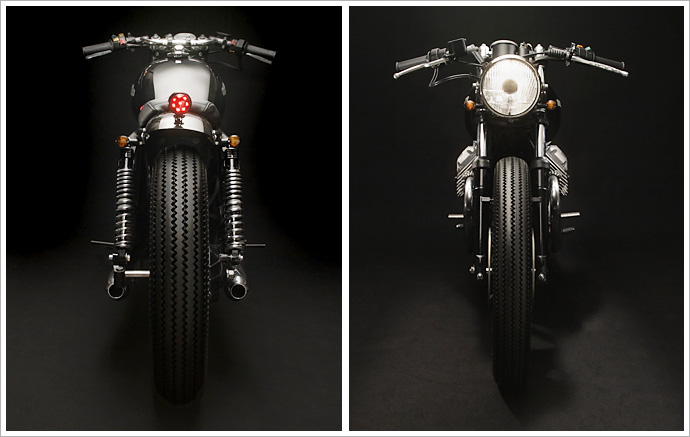 “Dear Mom and Dad. You don’t understand the smell of it…”

“So basically they don’t understand the reason why I’m still around customizing stuff, I’m a grown man now with a business in New York. I will get married at the end of the year, so why should I still care about that motorcycle thing? Well dear Mom and Dad, I deeply love you, but you guys don’t understand and you never will… you don’t understand the smell of it, or the smile you get when an old bike that doesn’t start from decades sings again.” 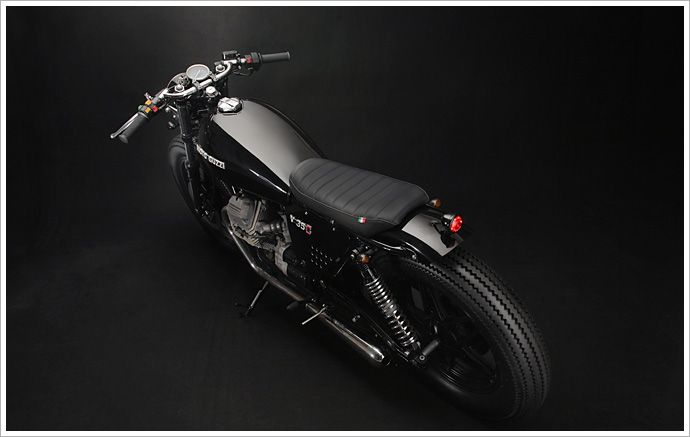 “In 2006 I moved to New York and founded www.minimalusa.com with Bartolomeo Bellati, where I’m the co-founder and design director. I don’t really look at other bikes when I design, I just try to think how that bike could become cool, I look in the market for parts I think would fit my idea and I design using hand sketches and Photoshop helps a lot for colors.” 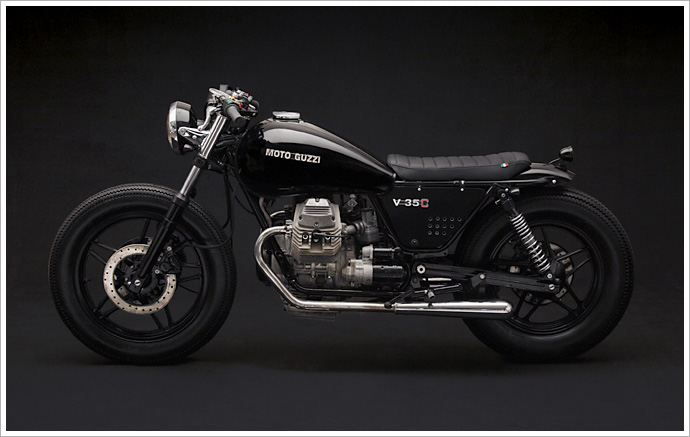 “Now I’m starting to make custom tanks as well – I draw it first by hand and then with Autocad. For this bike we used glossy black paint everywhere leaving the motor with his patina we basically just washed it, we figured that was helping the design have a compact look using all black, and actually it came out right. I would say that we made the design out of my sketches but then we improvised as well.” 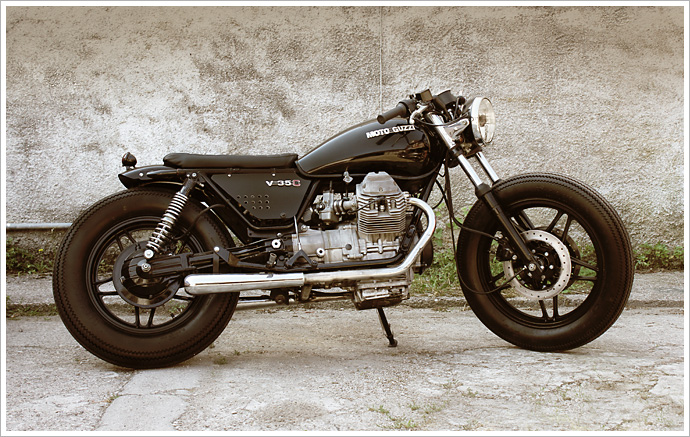 “I’m currently working with two new Moto Guzzis; one Scrambler made out from a 750cc Police bike and a race bike made out of a V75.”

Pipeburn Poll: Firestone Deluxe Champions – are we over them yet?
Drifter Bike’s ’73 Triumph T140 – “The Villain”