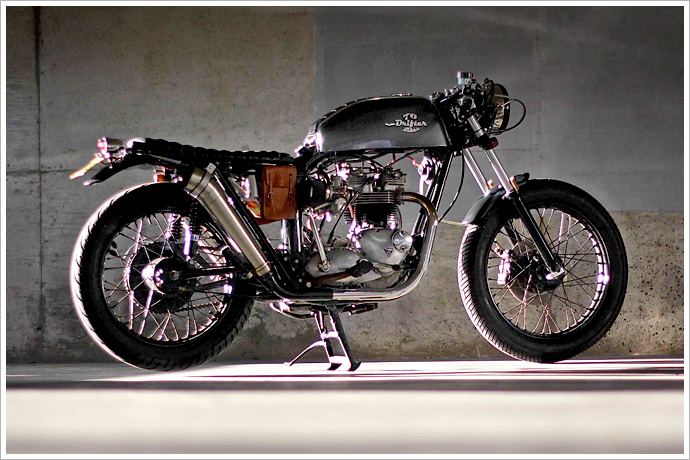 I remember when I was a kid, I loved to draw. As with any kid, I soon learned that the real skill with that whole pencils-and-paper caper was not knowing what to draw, or how to draw, but more when to stop. A great firetruck or jet fighter soon becomes a train wreck of scribbles and smudges if you don’t resist that temptation to make “one last improvement” to you masterpiece. And in a funny way, the custom bike scene is not so different from your average kid’s drawing, and I’m not talking about the drooling, tears and wet pants. A potentially great custom can all too easily stray into the no-man’s-land of cheap eBay tack and gaudy baubles if it’s owner doesn’t know when to stop. But what’s just right? How do you know when a little bit more is gilding the internal combustion lily? Here’s a bike builder with all the answers, and a obvious ability to crown a design with an exhaust that is as much welding masterpiece as it is a last full stop* at the end of a Shakespeare play. 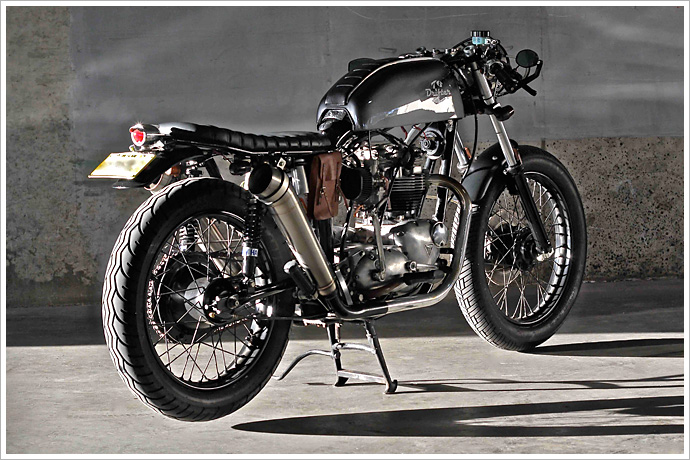 Meet Drifter’s head scribbler builder and owner, Paul. “I’m Paul Stanner, owner of Drifter Bikes and this is my bike ‘The Villian.’ I love twins and had been looking for a new project for myself for some time. This Triumph T140 bonny was a kind of a rescue job. It had been sitting outside for about 2 years in the elements getting more and more weather beaten. I left the headlight bucket as a reminder of what it was like when I got hold of it. It got knocked over by a car, cracking the primary cover and breaking a few things on the left side. Chinese whispers found my ears and a deal was struck with the owner for me to take it off his hands. I didn’t want to chop the frame on this matching numbers bike and did everything to enable it to be returned to original if the next owner decides it.” 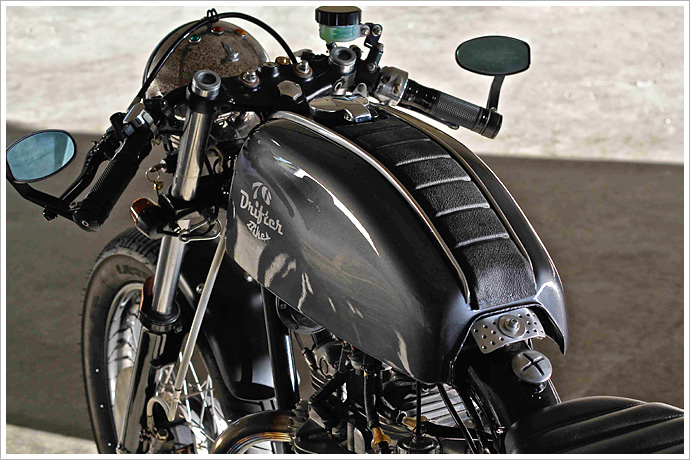 “I ride primarily in the city so the bike had to be skinny for lane hopping. Under slung custom bars with updated controls and levers helped the slim down. The original carb slides were stuck fast in the bores so Mikuni upgrades got bolted on. New pipes gave the motor the sound I love from twins. I was after a low lean look for the bike and mounted the tank low on the frame and made the seat a super low profile. My upholsterer at Eastcoast Trimshop padded it out, so long rides are fine even though it looks spine jarringly slim. Paint was done a minimal and classic gun metal grey by Scotty at Unique Customs. It has many small custom touches because the bike was for me that you have to look for, like hand made copper washers and small detail bits of fabrication. It rides beautifully because you’re tucked into the bike and it handles life as a daily rider. It’s not necessarily to everyone’s taste but it was what I wanted to build at the time, next time who knows.” 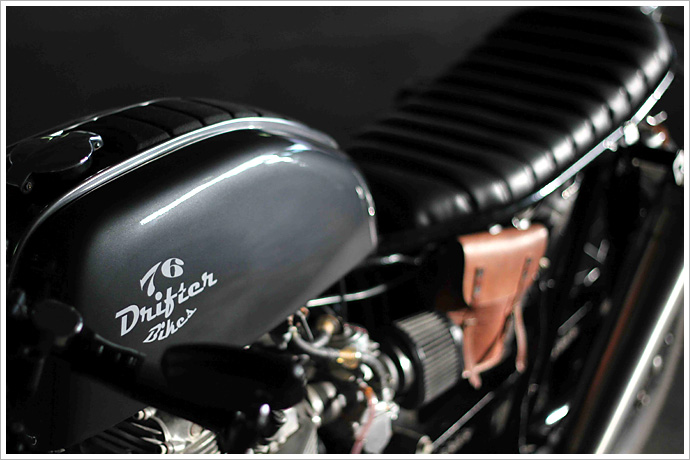 “Iʼve been into bikes and bike riding for a long time. My family farm had ag bikes and I learnt to ride one of those, until I could progress onto the farm dirt bike. This was followed by dirt bikes in the top end of Western Australia and then road bikes when I was old enough for a license. I guess it was kinda inevitable that one day I would start chopping them up and making the kind of bikes you drew when you where day dreaming in school. I love building bikes. Who wouldn’t ?? I mean, if your into bikes and riding, changing them to suit your idea of the perfect bike is awesome. For some people it’s just a simple as making the indicators smaller, then others want the whole thing redone. Whatever floats your boat I reckon.” 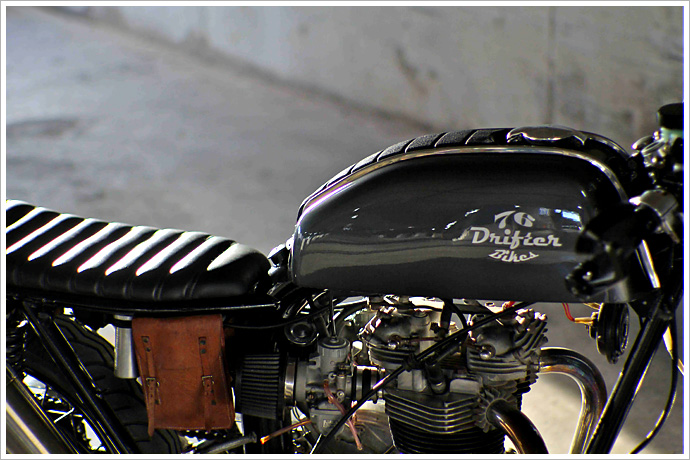 * That’s “period” for our American brothers and sisters.