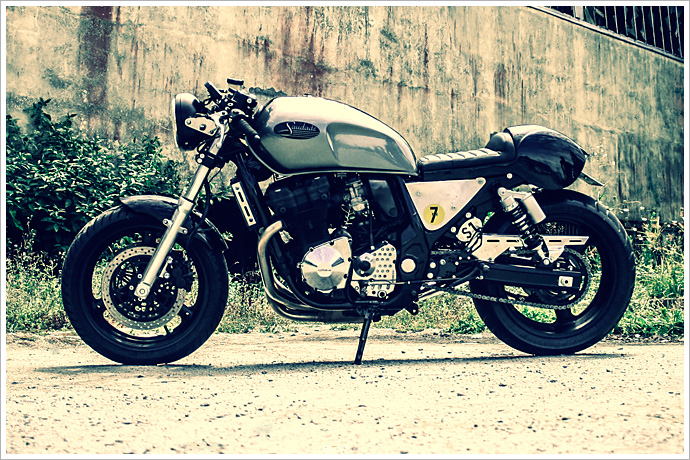 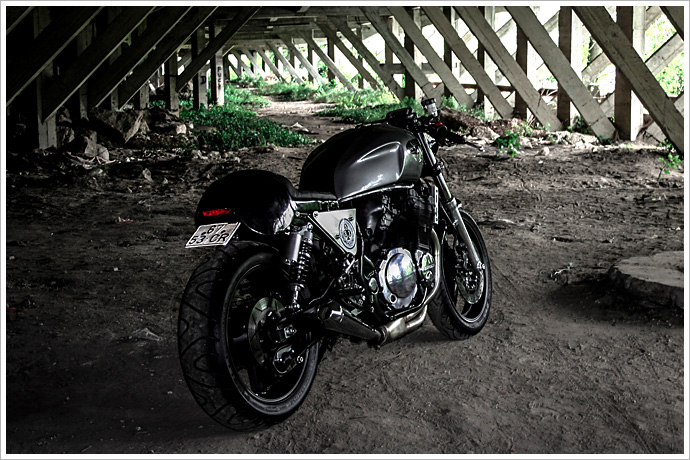 Here’s Sergio. “Saudade! It’s a Portuguese word… some say it’s the only word in all languages of the world that defines the feeling of missing someone or something! I can’t think of a better word for this bike. It was a wrecked Suzuki GSX 750 when I (Sérgio ‘Thunderbird’ Teixeira, an active member of the Portuguese forum Cafe Racer 351) bought it. After 10 months of work, Saudade was born.” 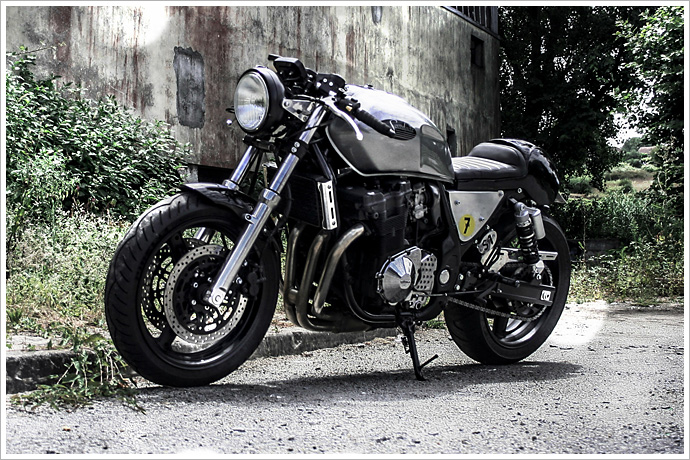 “Why Saudade? My goal was to create a motorcycle to honour my late grandfather. I thought of making a muscle bike, a scary bike, and I think I pretty much did it!” 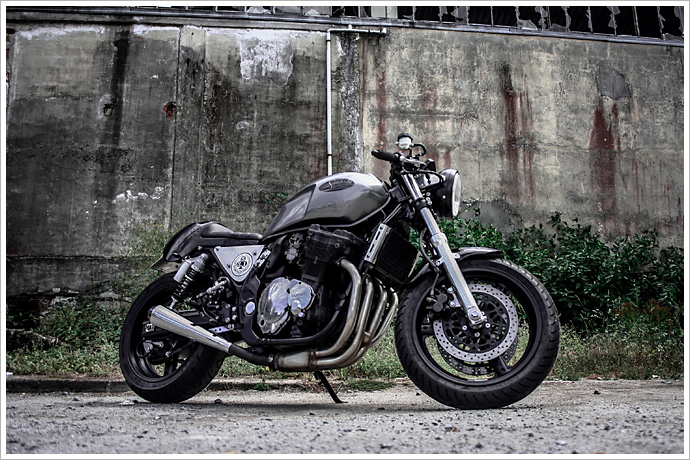 “The tank is from a Yamaha XJR1200 with a racing cap. For the instrumentation, I chose an Acewell Computer. Rear sets, clip on’s, new shock absorbers, polished motor covers, bicycle tape instead of normal grips, custom aluminium side panels and a Megatron exhaust… she sounds great! She sounds scary! And it’s awesome to ride!”

“I only had a small budget for the build. The recession is bad, and I couldn’t afford to buy top notch items! But it still is a head turn bike!” 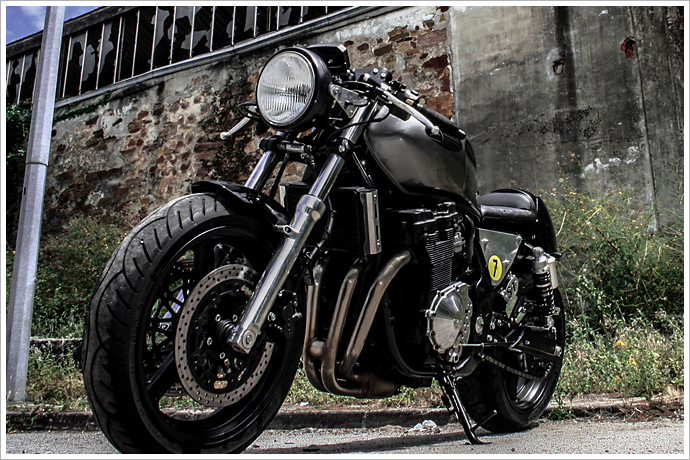 “All of my life has been related with motorcycles. My father is a mechanic for over 40 years. He taught me everything I know about motorcycles. He made me a motorcycle when I was 4 years old and everything started there… the smell, the feeling of the wind in my face! It was love at the first throttle! I knew that motorcycles will be my life!” 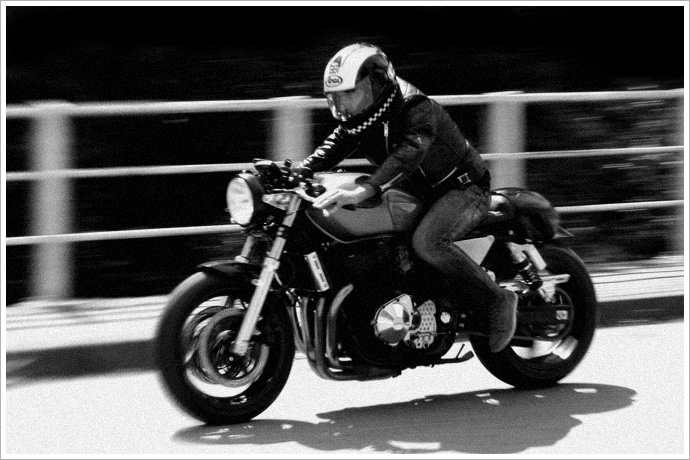 “Nowadays, I spend my days in at my ‘LA Motos,’ a small family based shop in Santo Tirso, a little, but beautiful town in Portugal, with my father, selling, repairing and customizing motorcycles.”